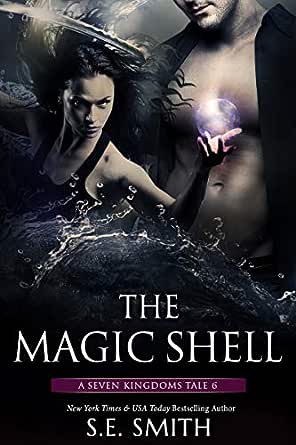 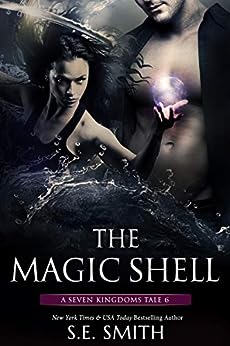 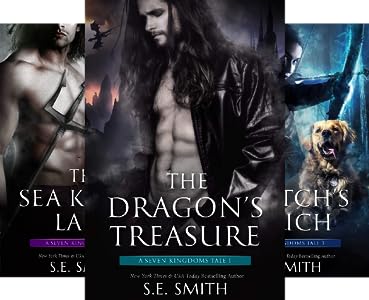 Ross Galloway is more than ready for a new life away from Yachats, Oregon. All he needs for his plans to fall into place is a little money and a lot of luck. He gets his break when he discovers something out of this world on one of his dives – a real-life mermaid.

His plans to cash in on his discovery don’t work out quite the way he’d planned when the mermaid gives him an unexpected gift – a magic shell. Swept overboard by the spell contained within the shell, Ross surfaces in a strange, bizarre world.

Princess Gem LaBreeze is an Elemental, a powerful species that can control the elements. Transformed to stone to protect her from the evil threatening the Isle of the Elementals, she is awakened by a man from another world – a stranger who is as arrogant and uncouth as he is unpredictable.

Gem and Ross, forced together in a desperate race against time, learn that opposites can attract and that sometimes the roughest surface hides the tenderest of hearts. Can an unlikely hero and a lone woman survive the traps set to stop a destructive alien creature that has been unleashed, or will the Isle of the Elementals fall back into the ocean and disappear beneath the waves forever?

Internationally acclaimed S.E. Smith presents a new action-packed story full of adventure and romance. Brimming with her signature humor, vivid scenes, and beloved characters, this book is sure to be another fan favorite!

Élodie Nicoli
5つ星のうち5.0 A great read
2019年12月24日 - (Amazon.com)
Amazonで購入
What can a human do to help a elemental princess in her quest to save her people ...

I do remember reading the Elemental Island having disappeared in the previous books, so today I landed on it with Ross.
Ross even he never was described as a bad guy, he also was not portrayed under a good light, from the beginning he was presented as a guy to not really trust, then as the stories went by, Mrs Susan Smith showed a different side of him, more a lost, hurt and lone guy than a selfish one.
So here after months of being shunned for the mysterious disparitions in his little town, and as he has no one else to keep him there, he is ready to go and let the past behind.
So when he lands in fantasy land, and awaken a turned to stone princess, he wonders if he is in a living nightmare or if he turned crazy.
Their interactions are funny and witty but they also reveal their real nature, despite his own doubts, inside Ross lives a true knight in not so shining armor.
Even if their first encounter was quite unsettling for Ross, he swore (under some pressures) to help her save her world, and he does not hesitate to face danger first as he knows he is no match for her power as she is the one with the strength to fight the evil force surrounding them.
It is a road trip with traps awaiting them at every turn, and along the road they meet the powerful kings from the other islands. From there their merry party engage in a race against time.
This sixth installment is full of fun, witty banters and full of humor and bravery characters.
A great addition to this series.
Can’t wait for the next with finally Ashure’s story.
5 stars

Mrs Bell
5つ星のうち5.0 Awesome read!
2019年12月24日 - (Amazon.com)
Amazonで購入
Loved it! It had me from beginning to the end! So many twist and turns. I couldn't put it down. Loved this couple! Awesome world building. I love how your mind works SE Smith!
続きを読む
1人のお客様がこれが役に立ったと考えています
レビュー を日本語に翻訳する

Niki
5つ星のうち5.0 Loved it!
2020年1月17日 - (Amazon.com)
Amazonで購入
Oh man. I love this series so much! Gem and Ross’s story was full of unexpected dangers and overcoming personal doubt, and it was so entertaining! The connection between Ross and Gem, and the interaction of the other Leaders, made this story one I simply couldn’t put down. So excited for Ashure’s story!!!
続きを読む
レビュー を日本語に翻訳する

Jennifer
5つ星のうち5.0 Great book
2019年12月26日 - (Amazon.com)
Amazonで購入
Great addition to the series!! I cannot wait for the next book. We finally learn what happened to the elementals and learn more about the aliens.
続きを読む
1人のお客様がこれが役に立ったと考えています
レビュー を日本語に翻訳する

Esther ross
5つ星のうち5.0 Bad aliens and mystical worlds that find love
2020年1月13日 - (Amazon.com)
Amazonで購入
Can't wait for the next in this series. This book hit me right in the middle of my heart. How she wrote the story to incorporate abusive memories for grown ups with horrible parents... how they learned to break the mold and create a better life for themselves... seriously great read.
続きを読む
レビュー を日本語に翻訳する
Amazon.comのカスタマーレビューを見る(14) 5つ星のうち4.9
click to open popover
Amazonプライム会員ならお急ぎ便、日時指定便が使い放題
さらに、映画もTV番組も見放題。200万曲が聴き放題 。クラウドに好きなだけ写真も保存可能。
> プライムを無料で試す