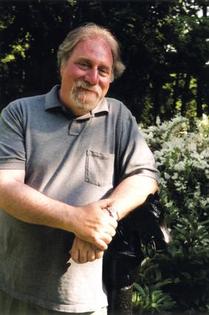 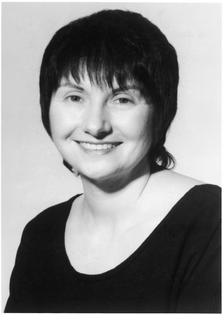 Joanna Cole has been creating books about the Magic School Bus for more than twenty years. She is a recipient of many awards, most recently the National Endowment for the Arts Foundation Award for Outstanding Service to Public Education. She lives in Key West, with her husband.

Bruce Degen is the bestselling author and illustrator of the beloved, perennial favorite Jamberry and numerous award-winning books for children. He is also the illustrator of the highly-acclaimed Magic School Bus series by Joanna Cole.
Kindle化リクエスト
このタイトルのKindle化をご希望の場合、こちらをクリックしてください。

Vgg
5つ星のうち5.0 Best Book For Children
2013年1月18日に日本でレビュー済み
Amazonで購入
Magic School Bus are difficult books, especially for Non native english speakers. However the pictures are incredible and if u read the narrative without the side notes or dialogue, it engages the child. I bought five books for a three year old as he adores them. Excellent for a glimpse at foreign / North American customs. A must for any children's library.
続きを読む
3人のお客様がこれが役に立ったと考えています
役に立った
違反を報告する
レビュー を日本語に翻訳する

マイケル
5つ星のうち4.0 Good for parents
2017年6月16日に日本でレビュー済み
Amazonで購入
My daughter 4 years is so excited to read it. but it is a bit long for her. Actually I enjoy it more!!
続きを読む
役に立った
違反を報告する

Ann Azuma
5つ星のうち5.0 Meet the Frizz
2001年5月27日に日本でレビュー済み
Our first book in the series was "Lost in the Solar System." We knew nothing of the series and only got it because my son was interested in space. At three years of age, most of the information was beyond his comprehension. Nevertheless, this was one of the most requested bed- and nap-time stories and we have continues to read it, creased, dirtied and dog-eared, through today. He (and now his little brother) was first attracted by the marvelous illustrations, storyline, and humor. To this day, I am not allowed to turn the page without reading ALL the cartoon bubbles. Now that he understands and appreciates the educational value, as well, I can no longer get away with skippeng the "reports" by Ms Frizzle`s students. The series is one of the best-selling children`s science books for good reasons. And the Poppin-esque teacher, Ms Frizzle, with her uniquely coordinated wardrobe and time- and everything-else-machine school bus is a teacher your kids simply must meet.
続きを読む
8人のお客様がこれが役に立ったと考えています
役に立った
違反を報告する
レビュー を日本語に翻訳する

Simon Omnes
5つ星のうち5.0 Landmark book from the Magic School Bus that was adapted in the TV series
2021年6月12日にカナダでレビュー済み
Amazonで購入
Before I started elementary school, I knew about The Magic School Bus. Important book series from Joanna Cole and Bruce Degen, this collection of science adventures introduced me at an early age to many scientific concepts important to our everyday life, our world, and how objects around us work.

For each book, a different science topic. And in all of them, the same main protagonist. Mrs. Frizzle and her mysterious school bus. A machine ruined in appearance, but magical in its tools. Indeed, every time she takes her class on a field trip, the bus transforms itself and its passengers into explorers who discover the mysteries of our world. Having at their hands advanced technology and tools that would make jealous the most envious inventors, this class experiences incredible adventures where they learn new subjects; alongside us readers who discover their stories.

In this book, fourth volume in The Magic School Bus series, a new topic. Space; and our solar system. Everything to do about our neighbor planets and their moons. As always, Frizzle and her class will go on a field trip. In appearance, she drives them to the museum. And in reality, she gives them quite a surprise. A chance to travel in space, on a bus that has transformed into a spaceship. Where they shall explore all the planets within the solar system. Though this time we have two surprises. The first being a relative of Arnold participating in the adventure named Jeanette, a cousin of Ms. Frizzle’s student who behaves quite a show off in class. Indeed, she behaves as if her school and life are more interesting than all the things she sees in this adventure. Yet, her presence will be quite important later on. For during the book, an important drama happens during the story. One that separates Ms. Frizzle from her class, leaving the students by themselves as they get lost in space. A storyline that was used in the first episode of the TV show where Jeanette, who became such a memorable figure in the book, became a recurring character on the show. A great initiative where they also used the cover of this book as a logo for the series. With the bus flying in space and some of its passengers waving at the camera.

Through this story, we explore amazing details about astronomy and our solar system. Amongst these details, important informations which can be helpful for space aficionados or those who’d want to learn new facts about our universe. And as the author Joanna Cole and illustrator Bruce Degen worked with a doctor from the Stanford University and other experts from various planetariums, what we get is precise information about our planets and our solar system. Scientific info written in a comprehensible language so that everyone can understand the subject. With clear images that help educate readers and understand our organs’ work process. Though I wonder if the latest news about planet Pluto wouldn’t have been worth updating in new editions of the books.

For the prose and story, it is told from the class’s point of view. Speaking in unison; sharing a same common voice. Alongside extra comic book bubbles where, in the illustrations, characters talk to each other.

As for the artwork, it is done in watercolors with pen, alongside color pencils, gouache, and ink. And within each of them, we are presented the classroom, the protagonists, and their adventures. All under great illustrations that cover either the entire page, or two pages if an action occurs on a long wide scope view or if it evolves progressively. With, for each planet explored, little images of Arnold standing on a weighting and fats machine as his weight on Earth is compared according to the gravity on other planets (Mars, Mercury, Moon, etc.) and how it would impact him if he walked on them. Alongside that, he reads some very funny prediction cards that are linked to the planet he explores and the facts he learns there.

Now for the book’s editions, you might have either paperback or hardcover versions, but also huge volumes that teachers can use to present to a wide group. So depending on the type of volume you want, you can check with your book store if they offer it or not. As for me, I have a paperback edition and the printing is well done. The text is printed at a proper size; easy to read for all readers. Including adults for it presents basic information about the subjects involved and can be a good reviewer for people who might have forgotten some of their science basics. Especially for the other books that deal with big topics like water resources, the Sea, beehives, dinosaurs, Earth, famous scientists, etc.