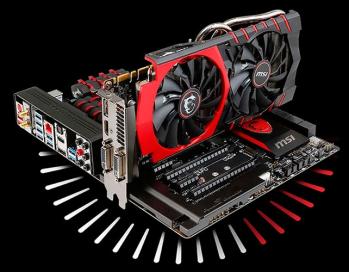 R. Andry
5つ星のうち5.0 Love this Card
2014年11月24日にアメリカ合衆国でレビュー済み
Amazonで購入
I was so impatient waiting for this card to be back in stock that I just shelled out an extra $75 to one of the scalpers, about a week after it came out. I consider it to be a fair deal. That's how sweet this card is.

Battlefield 4 was the most challenging game I threw at this card, and it handled it like a champ. 1920x1080 resolution with every setting maxed out, and this card never even falters. I never check the exact numbers on my frame rate, but I can tell you it's smooth...really smooth. In Far Cry 4 I occasionally see some small stutters when flying really high up on the helicopter, but they're barely worth mentioning. It could also have more to do with parts other than this card. Long story short, if you're upgrading from the 700 series or lower, you'll see a significant improvement. This card has some serious balls.

If you're into Overclocking (if you're a gamer, why wouldn't you be?), then you'll love this card even more. It's pretty amazing what this card can do. I managed to get this beast up to 1500 MHz, and it's perfectly stable. I should point out that I OCed this card right from the get-go, so my previous statements about this card are based on it being OCed to the max. The LED logo on the side looks pretty cool, and you can control how it flashes using the "LED visualization" tool that is built into the NVidia drivers. In case you aren't aware, the LEDs just light up to show the MSI logo, and their little dragon's head.

With the card set up the way I have it, it generates some serious heat. If you OC, make sure you use MSI afterburner to create a custom fan profile. This card should never go above 90 degrees C, if it does, you need to do something to remedy that. Mine holds firm at 75 degrees C under max load with the fan profile I have set up. It sounds like a jet engine, but fan noise doesn't bother me. Never understood why people complain about fan noise...If you really can't stand hearing it, why not just game with head phones on?

Anyway, bottom line- get this card, but only if you have a 700 series (or lower).
続きを読む
1人のお客様がこれが役に立ったと考えています
違反を報告
レビュー を日本語に翻訳する