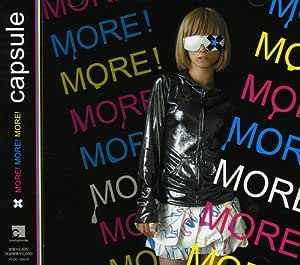 Isaiah Eddington
5つ星のうち5.0 Capsule: Reinvented
2019年9月9日にアメリカ合衆国でレビュー済み
Amazonで購入
This the album or one of the albums that completely reinvented Capsule. Capsules flashback in my opinion was the beginning of the hard bit-pop sound that they are known for. I've been listening to this album since 2013, and it contributed to a change in my life. This album stands out from a lot of Jpop. So many great songs to listen to. My favorites are More!More!More!, jumper, runway and Edit. I can't believe I discovered the album 5 years later than its heyday. But it's timeless. Nakata and Toshiko came with a bang for this album and it still remains so today.
続きを読む
違反を報告
レビュー を日本語に翻訳する