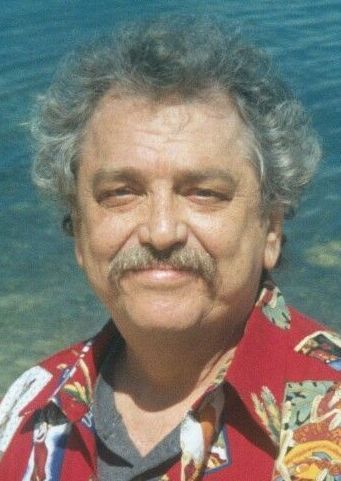 Allan Cole is a best selling author, Hollywood screen writer and former newsman. The son of a CIA operative, he was raised in the Middle East, Europe and Asia. His books include the landmark SF series, Sten, the Timura Trilogy, and the Vietnam classic, A Reckoning For Kings. He has sold more than 150 hours of television, ranging from Quincy, to Magnum, P.I. to Walker, Texas Ranger.

Lynne Hunt
5つ星のうち5.0 Wonderful.
2016年5月12日に英国でレビュー済み
Amazonで購入
Really enjoying this book & the insight it has given me into life in Cyprus in the 50's, well before I lived there as a child in 1965-67. Beautifully written & a true story.Only half way through & reading it while staying in Cyprus. Finding it hard to put down. The kindle version I am reading has many typing errors however.
続きを読む
違反を報告
レビュー を日本語に翻訳する

Deborah B-Y
5つ星のうち5.0 Touching, sometimes sad, but with lots of hope
2011年6月23日にアメリカ合衆国でレビュー済み
Amazonで購入
Lucky Cole, the son of a CIA operative in the early years of the Cold War, spends a couple of his teenaged years living on the island of Cyprus when it was still a British colony. In that short space of time, he experiences the terrors of having an alcoholic father who is an ugly, violent drunk, an earthquake that levels the village around him, the brutality of being an Irish-American Catholic in a British boys' school, the loss of young love, a life-threatening illness and the deadly consequences of an independence movement.

But he also falls under the influence of an exceptional private tutor who introduces him to world history and an open mind with a decidedly Cypriot slant, two lovely young girls with whom he falls in love, and the revelation that good people are all around him, whether Greek or Turkish, Orthodox or Muslim or Anglican. He comes to Cyprus a child and leaves a young man.

This is a memoir, but so personal to the author that he needed to write it in the third person to fully express his emotions. While dramatic and touching and sometimes sad, it is also full of episodes that have you laughing out loud, including a kerosene-addicted toddler, adventures with young British soldiers, meeting Cypriot artisans who claim direct lineage with some of Greek history's greatest thinkers, haggling with a Turkish camel driver. Most central to the story is his relationship with Jim, the college-educated, politically involved bicycle shop owner who tutors Lucky, but also mentors him as his family can't, in gaining a wider world view.

Allan Cole, who is a novelist, screenwriter and former reporter really knows how to tell a story to keep a reader emotionally involved. This memoir reads like a novel is many ways. By stepping back into third person, he creates a slight distance that allows the reader to join him in understanding his growth as a person, and yet be entertained thoroughly.

The only flaw in this wonderful book is the formatting caused the loss of a word here and there, but that is not the author's fault. I highly recommend you buy and read this book. Whether you can read it nonstop or in bits and pieces, you will fall in love with Lucky through his journey.
続きを読む
3人のお客様がこれが役に立ったと考えています
違反を報告
レビュー を日本語に翻訳する

Bennett Little
5つ星のうち5.0 You won't put this down!
2018年6月29日にアメリカ合衆国でレビュー済み
Amazonで購入
The author was really fortunate to have experienced Cyprus at that age and at time and it is evident throughout the pages that he is totally aware of it, undimmed by the passage of time. His frustration with the prevalent social injustices does him much credit and it is evident that this work was not only a labor of love but also one of commitment to his Cypriot tutor. This is an excellent read.
続きを読む
違反を報告
レビュー を日本語に翻訳する

Ima Kindler
5つ星のうち5.0 A wonderful, must read
2011年5月19日にアメリカ合衆国でレビュー済み
Amazonで購入
I wasn't prepared for the emotions this book generated. I knew it was non-fiction and expected it to read as a autobiography. It doesn't. I suspect it's because Mr. Cole needed to tell the story at arm's length. After reading this book, I understand why. Mr. Cole as Lucky swept me along on an adventure of a lifetime.

First, let me say as an army brat I've always felt I was well-traveled. Next to Allan Cole's life on Cyprus, I'm a babe in the woods. He invites us in to his life for the time he lived in Cyprus. As I read the book, I actually walked the streets of Cyprus with him. I tasted and smelled the food, the city, the mountains he climbed, and crushed nettles beneath his feet. I hurt for him when he attended the English school and was betrayed by a friend.

Yet through it all, Lucky loves life, has never met a stranger, and is filled with insatiable curiosity. I laughed with him and cried with him. I envied his life on Cyprus and loved his teacher Jim. Through Lucky, Jim's quiet wisdom also taught me a number of things. This book is one of those rare reads that I will return to annually and experience something new with each reading. And maybe, just maybe, I'll be able to go to Cyprus myself.
続きを読む
5人のお客様がこれが役に立ったと考えています
違反を報告
レビュー を日本語に翻訳する
すべてのレビューを参照します
トップへ戻る
Amazonについて
Amazonでビジネス
Amazonでのお支払い
ヘルプ＆ガイド
日本語ショッピングのための言語を選択します。 日本ショッピングのための国/地域を選択します。
© 1996-2020, Amazon.com, Inc. or its affiliates