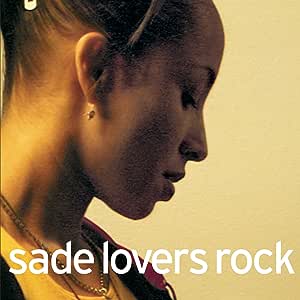 Uncle Drewford
5つ星のうち5.0 Where Have You Been All My Life
2018年4月19日に英国でレビュー済み
Amazonで購入
This is a really beautiful album, every bit as good as her much vaunted debut album "Diamond Life. I bought [Vinyl] Diamond life when it first came out and replaced the original with a CD a few years ago. I also own a few other Sade albums [such as Soldier of Love] and have always loved her sweet, soulful [late night jazz] sound, but somehow this album has escaped my notice until now. I heard Tracy Thorn [of Everything But The Girl] on Ken Bruce's Track Of My Years and one of her picks was "By Your Side" from this album [Lovers Rock] {with a very interesting back story as to why she chose it} and iI just loved it - but realised I was unfamiliar with it. SO i look it up and discovered that I was totally unaware of the whole album. So i am thrilled to have discovered it - even if I have come very late to the party. I wonder if there are others out there for whom Sade fell of their radar around this time - as I seem to recall some "Sensational" headlines from years back and maybe the music got lost in the wash

If you don't know this album - familiarise yourself with it now. I have and i am certainly not regretting it.
続きを読む
6人のお客様がこれが役に立ったと考えています
違反を報告
レビュー を日本語に翻訳する

Anglian Traveller
5つ星のうち4.0 Lovers rock, and they feel deeply too
2014年2月1日に英国でレビュー済み
Amazonで購入
`Lovers Rock' was released in November 2000, eight years after `Love Deluxe' but well worth waiting for. This is a rhythmic, bluesy collection well up to Sade's usual standard with the whole band on top form and Ms Adu in particular turning in an epic vocal performance.

LR has a distinctive sound: in place of the breathy vocals characteristic of the band's classic long slow numbers, it's more upbeat and rhythm-dominated whilst retaining its trademark poignancy.

The collection is mercifully bereft of that modern curse of the successful music artiste, ergo `guest appearances'; only the original band of Adu, Matthewman, Denman and Hale feature, ably complemented throughout by session-drummer Karl Vanden Bossche. This endows LR with a power and unity of mood absent from many contemporaries.

Highlights include `Somebody already broke my Heart', the title track and the opener `By your Side.' The quietest and simplest track is the delightful `The Sweetest Gift', an ode to Sade's only child, a heartfelt song accompanied only by acoustic guitar.
続きを読む
4人のお客様がこれが役に立ったと考えています
違反を報告
レビュー を日本語に翻訳する

It's simply a totally beautiful album.