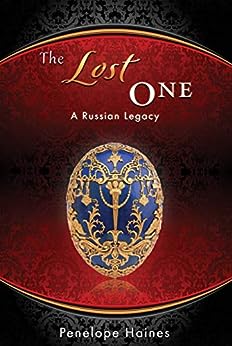 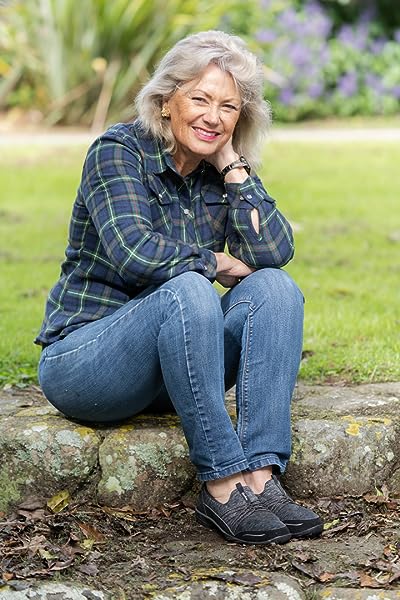 The Lost One: A Russian Legacy (English Edition) Kindle版

Penelope came to NZ as an eleven year old after a childhood spent in India and Pakistan. She was an only child, and reading was her hobby. She read everything that came her way, a habit which has continued lifelong. On leaving school she trained as a nurse, without fully considering that a brisk default attitude of "pull yourself together and stop whining" might not be an ideal pre-requisite for the industry. Conceding at last that nurturing might not be her dominant characteristic, she changed career path and after graduating with a BA (Hons) in English Literature, moved into management consultancy which better suited her personality type. After some years of family life she worked as a commercial pilot and flight instructor, spending her days ferrying clients into strips in the Marlborough Sounds and discouraging students from killing her as she taught them to fly. Currently she operates a company providing rehabilitative care for accident victims. Her debut novel 'The Lost One' was released by Kindle Direct Publishing in February 2015. Her second novel, Helen had a Sister, is a retelling of the story of Clytemnestra from Homer's Illiad. It is due out in December 2015. Penelope lives with her husband, dog, cat and horse in Otaki, New Zealand. Contact her at: Email: p_haines@xtra.co.nz. Facebook: www.facebook.com/penelopehainesbooks Twitter: @PenelopeHaines --このテキストは、paperback版に関連付けられています。

★★★★★ "Great read! I read it in one sitting, so glad I did not start late at night. Great story lines, very well written. Realistic telling of period of history I like to read about. Very satisfying realistic characters and an ending that fits!"

★★★★★ "Thoroughly enjoyed the book. Unexpected at some points. One of those books you finish and half hope there will be a sequel to. Recommended if you're looking for an interesting, well written read."

★★★★★ "If you enjoy historical fiction, this is a good read. Thoroughly enjoyed this book! Fast paced, well presented characters, and well written. Historical backstories were fascinating, and woven through, from beginning to end. Fairly easy read, and I couldn't put it down till finished."

★★★★★ "Intriguing! The story had several layers of intrigue and depth. I found it nicely crafted and my interest never lagged. I enjoyed the viewpoints of different generations and the actual storyline unfolded well between them as we read it. I found the characters interesting, believable and very genuine. It was a good read with lovely information about Russian culture and the assimilation into Poland and England."

Kindle Customer
5つ星のうち3.0 Began well but
2018年2月4日に英国でレビュー済み
Amazonで購入
I read this within a day but towards the end it began to fall behind initial expectation. Partly this was because of errors in knowledge about English life, also because I just didn't believe the scenario.
続きを読む
1人のお客様がこれが役に立ったと考えています
違反を報告
レビュー を日本語に翻訳する

dogmad
5つ星のうち4.0 Epic tale of intrigue journeying from the Russian Revolution to present day London
2015年9月18日に英国でレビュー済み
Amazonで購入
If the author has used any personal history in this story then she has had a very interesting life. If it has come from her imagination then it is a vivid one. The plot is a page turner, impossible to predict, and I often found myself returning to it when I really wanted to do other things. Trips back in time, particularly the account of the family's escape as refugees from Poland to England in the 2nd World War as the russians advanced, ring with the authenticity of good research. There are a few things to criticise but for a first novel they are minor and do not detract from the read. A splendid first novel.
続きを読む
1人のお客様がこれが役に立ったと考えています
違反を報告
レビュー を日本語に翻訳する

Shelley
5つ星のうち5.0 Debut book hits the spot.
2016年10月28日に英国でレビュー済み
Amazonで購入
I stumbled across this book through a "suggested post" on Facebook, and being honest, I'm a sucker for free books, so I downloaded it. I am glad I did, it's filled with mystery, intrigue, history, some suspense and romance.