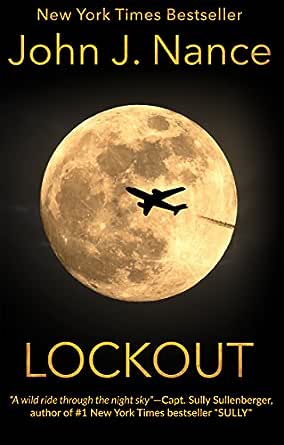 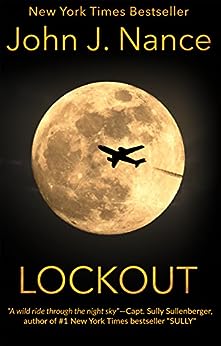 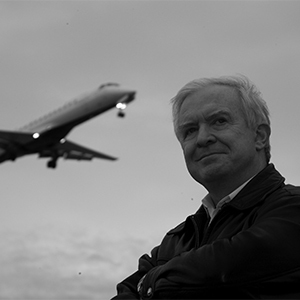 Over the Atlantic in the dark of night, the electronic brain of Pangia Airlines Flight 10 quietly and without warning disconnects all the cockpit controls and reverses course on its own.
The crew of the huge Airbus 330 at first sense nothing, the flight displays still showing them on course to New York. But with puzzled passengers reporting stars on the wrong side and growing alarm over the sudden failure of all their radios - and when armed fighters pull alongside to force them to land - the confused pilots discover that Flight 10 is streaking back toward the hyper-volatile Middle East and there is nothing they can do about it.
With an alphabet soup of federal agencies struggling for answers and messages flying between Washington, and Tel Aviv where the flight began, the growing supposition that Flight 10 may be hijacked is fueled by the presence of a feared and hated former head of state sitting in first class, a man with an extreme Mid East agenda who may somehow be responsible for the Airbus A-330's loss of control. As frantic speculation spreads, the possibility that the unresponsive airliner could be the leading edge of a sophisticated attack on Iran designed to provoke a nuclear response drives increasingly desperate decisions.
As time and fuel runs low, flying at full throttle toward a hostile border ahead, Captain Jerry Tollefson and First Officer Dan Horneman have to put their personal animosities aside and risk everything to wrest control from the electronic ghost holding them – and perhaps the world - on a course to certain disaster.
And in the "Hole" - as the war room in Tel Aviv is called - the interim Prime Minister of Israel grapples with a horrifying choice in the balance between 300 airborne lives and the probability of nuclear war.

A combination of 'The Hot Zone' and 'Speed.'"--USA Today (Pandora's Clock)

"Nance delivers in a subgenre he has established almost singlehandedly, the aviation thriller."--Publisher's Weekly (Skyhook)

"Mistrust, deceit, and spine-chilling action flow from every page of this story."--Library Journal (Medusa's Child)

Be Sure To Check Out John Nance's New Book,16 SOULS,Coming In September. wbp.bz/16soulsa

"John Nance has added another intriguing volume to his body of work. This fascinating story of technology gone awry, rich with accurate detail, satisfies and terrifies as it takes the reader on a wild ride through the night sky on an airliner no one on board can control." - Captain Sully Sullenberger -- Author of #1 New York Times Bestseller Sully, and Making a Difference, Stories of Vision and Courage from America's Leaders; Pilot of US Airways 1549, "Miracle on the Hudson"
商品の説明をすべて表示する

DariceZ
5つ星のうち5.0 Great story, great book.
2016年11月22日 - (Amazon.com)
形式: Kindle版Amazonで購入
This was a great, fast-paced thriller. I found the plot believable and thorough. I don't pretend to understand all the technicalities, but it certainly seems to me that such a thing could happen, and I will certainly think twice about the possibilities next time I hop on a plane. I'm not going to outline the plot; just tell you that it was well thought out and developed. The characters were surprisingly well developed for such a fast-paced story; you did get to know them and their motivations at least to a degree: this isn't a character-driven story. Kept me guessing and on the edge of my chair. Now to what is, from me, high praise. The book is well written, well edited, and proofread. I hate being distracted in my reading by plodding prose, poor grammar, and incessant typos. None in this book. I was not once distracted by a fault of the book or story . . . and only a few times by the antics of my dogs and cat, the call of sleep, or hunger. I had not read anything by John Nance before. I will start now.
続きを読む
22人のお客様がこれが役に立ったと考えています
レビュー を日本語に翻訳する

Kindle Customer
5つ星のうち5.0 Intricate Airline Thriller!
2017年6月1日 - (Amazon.com)
形式: Kindle版Amazonで購入
Beginning with Final Approach, Captain Nance has been a major contributor in the creation of the Airline Thriller genre and sustained its continued following. Lockout is his latest worthy addition. This book has all the ingredients; an intricate plot, an cockpit crew humanized and engaging for the reader, mysterious passengers, advanced technology, and several groups working toward and against a solution unbeknownst to each other. A most enjoyable read!
続きを読む
8人のお客様がこれが役に立ったと考えています
レビュー を日本語に翻訳する

H. Holm
5つ星のうち4.0 Can't wait for the movie
2017年6月13日 - (Amazon.com)
Amazonで購入
Lockout would make a great movie, IMHO, because it is so dialogue & image based. The plot is well designed, and the text is well-written, sustained in rhythm, credible, well researched, suitably complex, even titillating, and generates unending suspense. I might have hoped for more character diversity/development and more varied and colourful contexts, i.e.: more culturally realistic especially given all the nations involved, in order to reflect actual international diversity. But that might have doubled the size of the book. The reader will note the author’s acute familiarity with the psychology of flying and his ability to get under the pilot's skin when describing thoughts, feelings and resulting actions. Indeed, he puts the reader directly in the cockpit at times - all for the price of a book.
続きを読む
4人のお客様がこれが役に立ったと考えています
レビュー を日本語に翻訳する

Linda Olson
5つ星のうち4.0 Gripping and Suspenseful!
2017年5月5日 - (Amazon.com)
形式: Kindle版Amazonで購入
I thoroughly enjoy Nance's books and have read every one of them! They keep me on the edge of my seat, and I can't turn the pages fast enough! His character development is colorful, he sets a good pace for the plot (which is always gripping), and he leaves me wanting to immediately grab his next book. He's an excellent writer, and I highly recommend all of his books.
続きを読む
7人のお客様がこれが役に立ったと考えています
レビュー を日本語に翻訳する

foxtrotoscar
5つ星のうち5.0 A Very Good Flying Tale!
2017年1月20日 - (Amazon.com)
形式: Kindle版Amazonで購入
John Nance has another winner in "Lockout." The plot keeps the reader on the edge of his seat from start to finish. However, it does get a little muddled near the climax with the multiplicity of aircraft systems and procedures being discussed. The author handles this quite well, with clear and concise descriptions of what's going on. I have read innumerable stories about airplanes and their problems, but have never found anyone who can put as much drama and suspense into a flying story like Nance For aviation enthusiasts, this is a must read.
続きを読む
3人のお客様がこれが役に立ったと考えています
レビュー を日本語に翻訳する
Amazon.comのカスタマーレビューを見る(194) 5つ星のうち4.4
click to open popover
Amazonプライム会員ならお急ぎ便、日時指定便が使い放題
さらに、映画もTV番組も見放題。200万曲が聴き放題 。クラウドに好きなだけ写真も保存可能。
> プライムを無料で試す