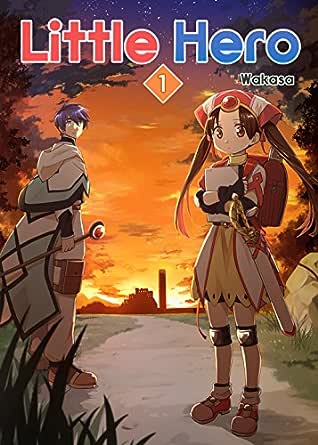 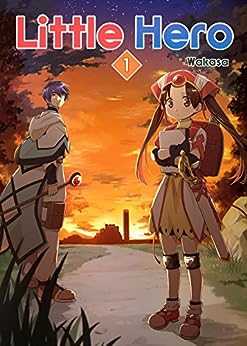 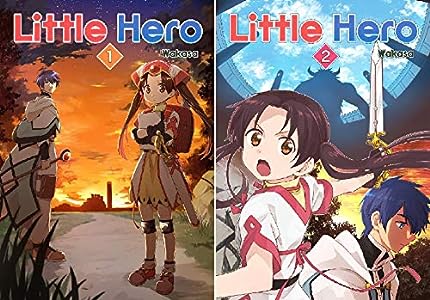 TheOASG
5つ星のうち5.0 With a likable cast, intriguing mysteries, and plenty of action, Little Hero is a title to check out immediately.
2017年2月1日にアメリカ合衆国でレビュー済み
Amazonで購入
Sometimes, we all get caught up in the mainstream. With thousands of titles each day combating for our attention, it’s easy to miss the smaller and independent works. But for every Pokemon or Final Fantasy that has a big budget and an even bigger fanbase, there’s an indie work like Undertale or Hatoful Boyfriend that comes out of nowhere to take the world by storm.

If I had my way, Little Hero would become a manga indie blockbuster. I sure as heck enjoyed it more than many big-name titles.

So, a small caveat before I really begin this review: Little Hero is not a work serialized in a magazine like most manga; it is a web series. So this doesn’t have the polish of a “normal” manga. I’m not saying this to lower your expectations, but to inform you. But not unless you’re the one person that thinks everything published in Shonen Jump and Hana to Yume is amazing, sometimes even professional works are an artistic and dramatic flop.

Let’s get to Little Hero. A girl in fifth grade is suddenly transported to another world where she’s declared the Dawn Hero. In true JRPG fashion, she is given a mission to defeat the evil Witch. Since names are meant to be kept secret, the girl (now known as “Hero”) departs with the mage Servant to stop the Witch’s mist.

Yes, at times, Little Hero feels like a manga adaptation of a game: a protagonist with a sword, a mage, fighting monsters, etc. Now throw in a few shades of manga like Soul Eater and xxxHolic for good measure. But even as I noticed a few similarities, Little Hero forges its own path. Yes, even Hero knows that getting robbed in a town is extremely game-like, but she is not able to immediately wield a sword like most newly-recruited game protagonists. In a game, the main party doesn’t think twice about slashing monsters; Hero doesn’t feel comfortable killing a wild creature and leaving its young to survive on its own. The NPCs are actual people who have lost everything, people who feel anger and hopelessness. There’s a surprising amount of depth to what seems to be a typical “save the world” story. It’s no wonder the publisher classifies this as both shoujo and shounen; the series runs on both adventure and emotion. In other words, a little something for everyone.

Of course, a lot the charm of Little Hero comes from the titular character. She’s a young child in a scary situation; it’s no surprise she doesn’t want the few people she knows to die or see kids her age having to steal in order to survive. Hero certainly spends a lot of time wide-eyed in shock, but she also isn’t bursting into tears. She’s got a good head on her shoulders, but she also is a little girl who just wants to go home to Mama. Considering her age and her mission, there is potential for Little Hero to go pretty dark on our young heroine. One twist took me by complete surprise, and I can’t wait to see the impact on Hero’s life.

Meanwhile, her partner, Servant, I thought would be an overly-devoted-boring-on-creepy sidekick a la Soushi from Inu x Boku SS, but he has a life and friends outside of Hero. He also has plenty of mysteries surrounding him, and I think he’ll end up being a far more interesting character than I initially thought. The other party members still seem to be forming, but it’s these two who will drive the story forward.

Art-wise, the manga reminded me most of Yotsuba&! and Silver Nina. No surprise since they both feature young girls as the protagonists and have a lot of brightness on each page. (Little Hero isn’t big on screentones.) Faces have that roundness to them that makes you want to poke their cheeks. (What? Just me?) The only real issue with the art is that it seems to charge ahead a bit too much, especially in the first chapters. Some parts are a bit dialogue-heavy, and I think some of the shots of anger and fear deserved a bigger image. Wakasa does seem to start experimenting more later in the volume (like an out-of-frame Hero), so I think the art may get more variety in the next volume. Some non-JRPG clothes would be nice as well; everyone does mages in a robe.

I also have to say Hero looks like the child of Al from Fullmetal Alchemist and Asuna from Negima! (well, more like Negima!?). She has their “dwah?” face down pat.

Oh, and “might as well buy”, I mean “go buy right now”. Seriously. “Another world” manga are becoming a dime a dozen, but Little Hero is a standout. With a likable cast, intriguing mysteries, and plenty of action, Little Hero has made me a big fan.

MereChristian
5つ星のうち5.0 A Cute But Also Mature Shonen-Shojo Hybrid
2017年1月1日にアメリカ合衆国でレビュー済み
Amazonで購入
*Little Hero* is an interesting manga that starts off very cute and adorable but goes darker very quickly. To be sure, it isn't super dark, but it is much more so othan the premise would suggest at first glance.

The story is about a ten year old girl in Japan named Sawa, who, upon returning a book to her school's library, finds herself opening a book she sees and being transported to another world. It is here that this good-hearted but sensitive girl finds out that she is the "Hero of the Dawn" who is destined to save the world from the evil Witch and her deadly, poisonous mist. Needless to say, she is not eager for this. Reading manga about such scenarios is one thing for her. Actually having them happen to her? Another thing entirely.

Joining her on this quest is the one who summoned her and now protects, aids, and helps her, "Servant". That's another thing. In a way similar to *Maoyu: Archenemy and Hero*, everyone in the world is known by their names. To be sure, they have names in this world Sawa finds herself in, but they keep them to themselves and only go by their titles. So she is "Miss Hero", and the other characters are "Servant", "Lady Knight", and "Dagger", among others.

Where the story takes a dark turn is that the consequences of this story-line are actually shown. The results of refugees and bigotry are shown, as are the result of someone just disappearing to another world. Let's just say the end of the first chapter is a real gut-punch that doesn't bode well for a complete happy ending unless something changes.

The art is about average for a series. It's not captivating, but it does have a charm to it in that the characters are drawn more "real" than other shows. Yes, it's typical manga art, but the characters look realistic while being that art-style. For instance, Sawa looks like a ten year old to an extent.

I have to say "hats-off" to *Cross Infinite World* for this great manga license. I am enjoying it and look forward to the next volume. I really wish the mangaka luck and I hope this opens avenues for this unique cross between *shonen* and *shojo* (as CIW describes this series) to be picked up in Japan. Someone of this imagination and talent deserves it, I think. So thank you Wasaka and *Cross Infinite World* for this series.
続きを読む
違反を報告
レビュー を日本語に翻訳する
すべてのレビューを参照します
click to open popover
Amazonプライム会員ならお急ぎ便、日時指定便が使い放題
さらに、映画もTV番組も見放題。200万曲が聴き放題 。クラウドに好きなだけ写真も保存可能。
> プライムを無料で試す