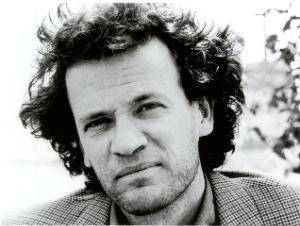 The son of a zookeeper, Pi Patel has an encyclopedic knowledge of animal behavior and a fervent love of stories. When Pi is sixteen, his family emigrates from India to North America aboard a Japanese cargo ship, along with their zoo animals bound for new homes.

The ship sinks. Pi finds himself alone in a lifeboat, his only companions a hyena, an orangutan, a wounded zebra, and Richard Parker, a 450-pound Bengal tiger. Soon the tiger has dispatched all but Pi, whose fear, knowledge, and cunning allow him to coexist with Richard Parker for 227 days while lost at sea. When they finally reach the coast of Mexico, Richard Parker flees to the jungle, never to be seen again. The Japanese authorities who interrogate Pi refuse to believe his story and press him to tell them "the truth." After hours of coercion, Pi tells a second story, a story much less fantastical, much more conventional--but is it more true?

PRAISE FOR LIFE OF PI

"Life of Pi could renew your faith in the ability of novelists to invest even the most outrageous scenario with plausible life."— The New York Times Book Review

"A story to make you believe in the soul-sustaining power of fiction."— Los Angeles Times Book Review

"A gripping adventure story . . . Laced with wit, spiced with terror, it's a book by an extraordinary talent."— St. Paul Pioneer-Press

"An impassioned defense of zoos, a death-defying trans-Pacific sea adventure a la Kon-Tiki, and a hilarious shaggy-dog story . . . : This audacious novel manages to be all of these." — The New Yorker

A. Nichol
5つ星のうち4.0 Starts well, ends well, but with a few damp patches
2015年9月15日に英国でレビュー済み
Amazonで購入
I read this off the back of Clancy, and so the contrast couldn't have been more stark.

Too many books I've come across lately lack any emotional or philosophical depth, so it was lovely to read something so whimsical and heart-felt. The story is incredibly simple - a boy survives a ship wreck and finds himself on a lifeboat with a bengal tiger - which leaves a LOT of room for emotional and philosophical exploration. Probably too much room.

It opens wonderfully, painting an imaginative and technicolour picture of Pi's life and family that draws you into his world. Sadly, any momentum is then lost in the following tedious exploration of religious context spanning many, many chapters. So the boy worships many gods; a funny joke told too many times, before the punchline is explained in excruciating detail.

Once castaway, the story picks up again. The first half of this adventure is packed with variety and answers to those "what if" questions that naturally spring to mind. After a while, though, it just gets boring. I started looking at the progress bar at the bottom of my kindle, willing it to come to an end.

I had mixed feelings about the ending. While I was reading it, I was cursing Martel for dragging it out needlessly. But by the time I'd finished it, I totally understood why he had to.

Ultimately, there are some damp patches throughout, but it starts well and ends well, with a few really nice set-pieces in between. It also leaves you with some great "what do you think really happened" discussion material when it's all over.
続きを読む
3人のお客様がこれが役に立ったと考えています
違反を報告する
レビュー を日本語に翻訳する

Reviewer
5つ星のうち5.0 A film to be remembered forever.
2020年4月24日に英国でレビュー済み
Amazonで購入
I had been avoiding this movie for a few years due to a lack of interest.

How foolish I was.

Life of Pi is an extraordinary 3D adventure.

It is a film I will forever remember.

With astonishing visual effects, showing what it means to be human, and a remarkable storyline between the two central characters, Life of Pi is unquestionably a great film.

I fully recommend this film for it is so much more than a film.

Janie U
5つ星のうち5.0 Beautifully written, deep and spiritual
2014年5月20日に英国でレビュー済み
Amazonで購入
I bought this book when it won the Booker prize years ago but never really got past the first few pages. I then saw the film when it was released and tried to read the book again straight afterwards but the images were too strong in my head so yet again it didn't work. I tried again now and am so pleased I did.
The book starts with an "authors note" which places the mood and source of the story. Plenty of seeds are sown here and the spiritual setting is created. Throughout the book we hear more from the author as he gets to find out Pi's story.
Scene setting dominates the first third of the book and Pi is established, then the boat sinks and the story simply starts to fly.
I savoured this book, the writing is beautiful and seems to demand that you read it slowly, taking in every word. Pi had an endless amount of time at sea and wants the reader to understand that the progress of time means nothing compared to the compulsion to survive.
Even having seen the film and having fairly high expectations, I was blown away by the relationship between boy and tiger with its simplicity and complexity on many different levels.
We know that Pi survives from the beginning of the book which gives a calm to our experience of his journey and I somehow wanted his progression (physically and spiritually) to continue forever.
The book is full of wonderful quotes but one of my favourites is " Fiction is the selective transforming of reality" - somehow seems to sum up this book wonderfully.
続きを読む
7人のお客様がこれが役に立ったと考えています
違反を報告する
レビュー を日本語に翻訳する

Dyl
5つ星のうち5.0 A great story beautifully written
2013年1月28日に英国でレビュー済み
Amazonで購入
I only bought this book because it was 20p and was supposed to be good. I really wasn't expecting to like it much. The fact that it had won awards planted a thought in my head that it was going to be a load of arty farty gibberish, that was too clever and fancy for the average person to enjoy. However, if that turned out to be the case then I had only lost 20p and a small amount of time.
Then I started reading it.

My opinion was slowly changed over the first few chapters. This book is beautifully written without being pretentious. The author describes scenes and events in a way that makes them easy to imagine and worth picturing in your mind as though you were there. Often a film will outdo a book on the fact that it can show beautiful scenery that can't easily be described in words. If that is the case here then I can't wait to see the film because to outdo the imagery possible from this book it will need to be spectacular.
The first third of the book builds up the character of Piscine (Pi) and often goes into details of religion. It never goes so far as to preach in any way though. It doesn't say that any one religion is, overall, better than any other. It is even funny when an argument breaks out regarding the subject. I am atheist but I am also fascinated by religion so maybe that was why I didn't find this section of the story boring. I can, however, see why some people would and would only urge them to persevere because the book picks up considerably afterwards.

The idea of a boy being stranded on a lifeboat with a tiger and a few other animals sounds ridiculous. That someone could write a book based on this event and make it interesting is almost unbelievable. How can you write so much about such a small group of characters trapped in a miniscule almost featureless setting and keep people from falling asleep? I had wondered whether all of the animals would start talking because I went into this book with no idea of how the characters interacted with each other. The answer again lies in the authors ability to describe everything so amazingly well. Whether it is about the confines and yet territorially broken up small boat, the vast emptiness of the ocean, the beauty and terror of the weather, the despair of being alone, the elation of discovering a way to continue surviving, or the fear of, and respect for, a 450 pound tiger, it is stunningly written.

Different people will interpret the words in different ways too. Some will read it is an adventure with a bit of survival ingenuity thrown in; some might read it as a kind of spiritual journey giving events a religious meaning; others could interpret it as a view of life itself. The way it is written means that there will be different parts where readers suddenly think, "Ahhhh! So that's what the author is trying to say." I personally had my moment of realisation, (I won't say at what point), and saw it as an interpretation of life. Everyone has there own little area in a vast world, with their own hopes and fears, their own limited provisions, their own moments of suddenly working out how to do something, their own loneliness and their own dark times and light times. You may read it and find some other explanation. That is what this book does. It leaves you to make up your mind, and it does it not out of laziness. Some readers have been disappointed by the ending. I thought it was great. In one respect it answered everything and yet, in another respect, left me wondering about whether it was a definite answer or not.

Life of Pi falls into a small group of things that are surprising in their brilliance. The film "Buried" is another, where the director managed to make ninety minutes of a man in a buried coffin with just a lighter and a phone compulsive viewing. Another film, "Lebanon", is similar. The entire film is viewed from the confines of a tank with its four occupants trying to get away from trouble after taking a wrong turn. In a similar, but also unique way, Life of Pi also turns a cramped scene into a fantastic story. Those who read this book will remember it for a long time afterwards. It has certainly gone down as one of the greatest books I have ever read.

Stunning! The best 20p I am ever likely to spend.
続きを読む
15人のお客様がこれが役に立ったと考えています
違反を報告する
レビュー を日本語に翻訳する

Hodgeheg
5つ星のうち4.0 Beautifully written, but perhaps I am not 'spiritual' enough to see the messages some seem to see?
2013年3月24日に英国でレビュー済み
Amazonで購入
This is a beautiful book. I was captured for 2 days on a boat with a tiger with Pi; the writing gave me that fuzzy feel I get with books which are clearly surreal, but so lovely you believe them anyway. So, I enjoyed the process of reading the book, and thoroughly recommend it. And without the hype surrounding this book, that would be that with this review.

However, a few things genuinely puzzle me. I finished this book smiling but entirely unsure what the message was supposed to be. Is his argument for believing in god entirely based on the premise that everything is nicer and fuzzier if you believe in something, irrelevant of whether it is true? That doesn't strike me as particularly profound, even with the excellent example this story is for that idea. Yes, it is much nicer and fuzzier to imagine a story of animals on a boat rather than people dying horrible deaths, but that does nothing to make the people dying horrible deaths not true. That is basically an 'ignorance is bliss' argument, which is fine, but can you actively choose to be ignorant? Confusing.

I also felt a bit uncomfortable with the constant assertions that animals are better off in zoos, but everyone is entitled to their own opinion...