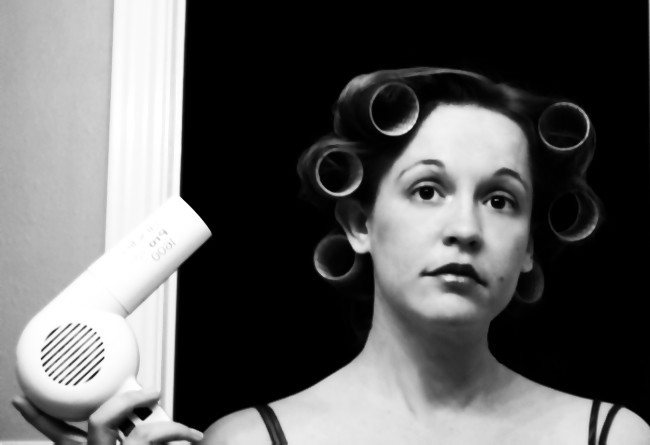 "Even when I was funny, I wasn't this funny."  —Augusten Burroughs, author of Running With Scissors and This is How

“There’s something wrong with Jenny Lawson—magnificently wrong. I defy you to read her work and not hurt yourself laughing.” —Jen Lancaster

“The Bloggess writes stuff that actually is laugh-out-loud, but you know that really you shouldn’t be laughing and probably you’ll go to hell for laughing, so maybe you shouldn’t read it. That would be safer and wiser.” —Neil Gaiman

“Jenny Lawson’s writing is nothing less than revolutionary. . . . I say this without a hint of exaggeration: She may be one of the most progressive women’s voices of our time.” —Karen Walrond, author of The Beauty of Different

Jenny Lawson is a columnist and one of the most popular bloggers on Twitter (hundreds of thousands of followers). Her blog, www.thebloggess.com, averages between 2-3 million page views per month. Jenny lives in the Texas Hill Country with her husband and daughter.

Julie Miyazaki
5つ星のうち5.0 Unbridled hilariousness!!
2014年1月11日に日本でレビュー済み
Amazonで購入
It's really hard to believe that any of it ever happened to Jenny but hey, I'm British so what would I know about Midwest American families! The point is that it's perfect to read in snippets, just like her blog, and every story has a way of popping up into your mind at later intervals for wonderful comedic relief. I'm only on the third chapter but I can confidently say that I love this book! Buy it!!
続きを読む
役に立った
違反を報告
レビュー を日本語に翻訳する
すべてのレビューを参照します

Sarah (Feeling Fictional)
5つ星のうち5.0 Absolutely hilarious
2016年11月19日に英国でレビュー済み
Amazonで購入
As a fan of Jenny Lawson's blog (The Bloggess) I have no idea why it has taken me so long to read her first book and I'm kicking myself because Let's Pretend This Never Happened is without a doubt one of the funniest books I've ever read.

This is a mostly true memoir that starts with stories from Jenny's rather crazy childhood thanks to her taxidermist father who had a habit of bringing home random animals as pets (everything from raccoons to armadillos with the occasional porcupine thrown in) or equally random roadkill to be used in his work (the squirrel puppet story was enough to give me nightmares!). I think she inherited her ability to get into the most completely crazy situations from her father (like the time she got her arm stuck in a cow's vagina or the turkeys that used to follow her to school) because surely these things don't happen to most people?

The story continues through Jenny's marriage to Victor and the birth of their daughter Hailey and shares some of their funniest family memories. Victor must have the patience of a saint to deal with everything that gets thrown at him but at the same time I think he's actually quite lucky to have a wife like Jenny. I mean life would never be boring with her around and you only have to read some of their conversations to see that he's just as crazy as she is but in a slightly different way.

Although this book is full of hilarious stories (like the way Jenny's dad threw a bobcat at Victor the first time they met or Jenny's fairly recent addiction to buying taxidermied animals in cute costumes) it also touches on some really difficult subjects like miscarriage, anorexia, depression and anxiety. I think it's those stories that make it even easier to relate to Jenny and I admire the way she has pulled herself through so many difficult times and is still able to see the funny side of life.

This book made me laugh so hard I cried and even flicking through it again now as I'm writing my review I'm having to stop and reread sections all over again because they're still hilarious. I had ordered Jenny's second book, Furiously Happy, before I'd even finished reading the second chapter of this one and that's probably the biggest indication I can give you of how much I loved it. I'd recommend this book to absolutely anyone as long as you're not easily offended, this book is full of colourful language and madcap tales but you'd be hard pressed to find a more amusing memoir.

Felicity O'K
5つ星のうち4.0 Amazingly Funny Book
2020年10月26日に英国でレビュー済み
Amazonで購入
This book is the hilarious memoir of Jenny Lawson's childhood and early adult life. It is told with her usual off the wall humour and whilst some of it might seem unbelievable she has added photos as evidence of some of the mad situations she finds herself in. She has GAD (generalised anxiety disorder), which causes disturbing anxious thoughts, but she is brave enough to put her anxious thoughts out into the world, make fun of them and make lots of other with the condition realise that they are not alone. If you want a good belly laugh I would highly recommend this book.
続きを読む
違反を報告
レビュー を日本語に翻訳する

AlisonW
5つ星のうち5.0 Just wonderful
2016年3月22日に英国でレビュー済み
Amazonで購入
I bought this after reading a review for Lawson’s second book ‘Furiously Happy’. I was intrigued by the review and started to follow Lawson’s blog ‘The Bloggess’ -which is quirky, weird and hilariously funny. Lawson suffers from OCD and generalised anxiety disorder, both mental health issues with which I have personal experience. I also noticed a testimonial on the cover from Caitlin Moran. I adore Caitlin Moran so knew that I had to read this.

The book tells the story of Lawson’s rather unconventional upbringing - I won’t spoil it but it involves all the usual horrors and embarrassments of growing up made a thousand times worse by taxidermy, unfortunate accidents involving dead animals, an incredibly embarrassing father with a penchant for bringing home anything he finds alive or dead by the roadside, anxiety attacks and a memorable occasion involving an arm and a cow’s vagina.

It is, and I hate this term, genuinely laugh out loud funny in parts. But while Lawson is hilarious, she is also self-aware. The book goes on to detail Lawson’s relationship with the long-suffering Victor, their marriage and their attempts at conceiving. Lawson manages to avoid sentimentality and her honesty is refreshing. One minute you’re laughing out loud at the notes she leaves on the fridge threatening to poison Victor because he’s left a towel on the floor, the next you’re crying with her (and it really feels as though you're with her) as she suffers another setback.

She’s real, she’s human and she is an excellent writer.

This book is for everyone who isn’t normal (and isn’t that most of us to some extent). Embrace your weirdness - and do read this book.
続きを読む
2人のお客様がこれが役に立ったと考えています
違反を報告
レビュー を日本語に翻訳する

Joe Koot
5つ星のうち5.0 Best book for 5 years
2016年5月3日に英国でレビュー済み
Amazonで購入
There are very few books which make me laugh out loud but this is one of the best.
As a sufferer of anxiety disorder, I identify with her symptoms but not the results. I am usually an outgoing, gregarious person but am debilitated by anxiety. I do not have Ms Lawson's strength to go out when an episode is likely to happen so I really admire her ability to take a step back and not just comment but hold herself up to be a source of mirth.
I absolutely loved this book and even paid £4.99 after reading a sample. This is the most I have spent on an Amazon book and I have over 16,000.
I cannot recommend this highly enough.
続きを読む
3人のお客様がこれが役に立ったと考えています
違反を報告
レビュー を日本語に翻訳する

Marguerite
5つ星のうち3.0 Weirdly funny and funnily weird
2015年10月18日に英国でレビュー済み
Amazonで購入
I started out liking this. It was smart and witty and it was clearly one of those 'I had a terrible life as a kid and was a complete weirdo with no friends but look at me now' type books - which I love and empathise with - though not actually empathise with in terms of stuff that happens in this one, just to be clear! But I have to say, that I got a little tiny bit bored towards the last third or so, because it felt just a little tiny bit smug and too self-referential. On saying that, I liked the author enough to follow her on Twitter now and check out her blog because she is weirdly funny and funnily weird.
続きを読む
2人のお客様がこれが役に立ったと考えています
違反を報告
レビュー を日本語に翻訳する
すべてのレビューを参照します
トップへ戻る
Amazonについて
Amazonでビジネス
Amazonでのお支払い
ヘルプ＆ガイド
日本語ショッピングのための言語を選択します。 日本ショッピングのための国/地域を選択します。
© 1996-2020, Amazon.com, Inc. or its affiliates