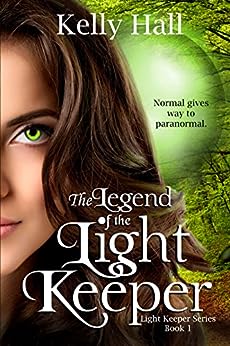 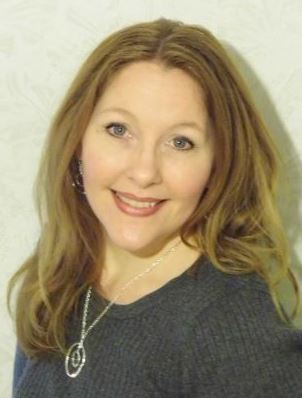 Kelly Hall was born and raised in Southeast Texas, and lives in a small town just a stone's throw from the ghost road where her Light Keeper series is based. When she's not busy writing, or spending time with her husband and two sons, this self-proclaimed creative junkie dabbles in many different forms of art, including cake decorating and mixed media. --このテキストは、paperback版に関連付けられています。

D.M. Cain
5つ星のうち5.0 A gripping emotional YA paranormal
2015年4月26日に英国でレビュー済み
Amazonで購入
I loved this book! Check out this review to see why
続きを読む
違反を報告
レビュー を日本語に翻訳する

I really like fictional stories that play off of real legends, and apparently this is one. The whole history of Bragg's legend was really interesting to me, and I liked the paranormal/ghost story twist that the author used.

In typical YA fashion, we meet the heroine as she's adapting to a major life change. Then cute boys are throw in. THEN, the story gets interesting when they start to explore the mysteries of the Light. I thought the use of the Granny character was really smart, giving the author a way to tell some history stories without drawing away from the present setting. Then the use of the diary to really flesh out the backstory made me go "Oh!" as a whole new layer was added. That's when the book really picked up for me and I got sucked into the mystery of figuring out what the Light was all about and why Lily was connected.

However, there were a few hiccups for me. The weird love triangle where Lily quickly falls for her soon-to-be step-brother really was a little off-putting for me. It seems to me that it would've worked just fine for them to develop a brother-sister relationship (which could have been quite touching too, if in a different way). She could've just as easily developed feelings for Owen, and THAT turns out to be forbidden too... I don't know. I'm usually pretty picky about how any romance is used in a story, but this was a little weird for me.

I also found the mother character very lacking. She and Tom (the soon-to-be step-father) are barely present in the story, which is something you see all too often in YA, I think. Her mom seems like kind a flake, even working through her daughter's 16th birthday when this poor girl clearly needs time with her mom. So there's that.

Also, Lily is often put in the place of a girly, weak, helpless damsel. It happens over and over and over again. Sometimes she stands up for herself and insists that the boys include her or take her seriously. Sometimes she realizes she's acting childish. But most of the time, she is the girl with the girl jobs; they are the boys who are strong and in charge.

BUT, it is a quick, fun read. The writing itself is very YA -- not too complicated, with simple language used. There's certainly enough romance to keep readers of Lily's age engrossed. I think adults will also like this if you're looking for a lot of mystery to figure out, and the action sections are very entertaining. It's a very well-edited book, so that helps a lot in feeling like the book is of good, objective quality.

Definitely worth a read if you're looking for a quick, YA ghost story.

Jennifer Deese-Author
5つ星のうち4.0 Paranormal Ya with mystery , romance and love stories included...
2016年3月4日にアメリカ合衆国でレビュー済み
Amazonで購入
I really enjoyed this YA paranormal book. There was ghosts, mystery , intrigue, a love story, history, and even romance. A little something for lovers of several genres.

I felt the flow of the story was very well written. The descriptive passages brought great imagery.

Hall has brought a interesting, fast paced read to the table with this book and I look forward to reading the next book in this series.

The only things I could say on the con side of this book is that I wished for a bit more information on the characters ability to see these shadows...more info on this would have lent more richness to the character and answers some questions for me. Other than that I had trouble swallowing the fact that she so quickly fell for her future step brother. Despite these two small, in my opinion, issues ...the book read well. I found the whole story; mystery, old lost loves, spooky lights on a dark back road, ghosts, lore and history attention holding ,and a delight to read.

The Legend of the Light Keeper even brought some real history and lore about that area which I found very refreshing and it lent a very believable quality to the book.

I loved the granny character and the diary brought a depth to the book that intrigued me.

Well written and well built :-) ! Good Job Kelly Hall, I will be reading the rest of this story for sure!

D. S. Lerew
5つ星のうち4.0 A good spooky read
2016年1月27日にアメリカ合衆国でレビュー済み
Amazonで購入
For the most part, this was an awesome YA read. It was simple and light enough to read through fairly quickly, but there were enough ywists and turns in the plot to keep me interested and guessing what would happen next. I loved the whole legend of the Light and the way Lily had to learn what her role as Light Keeper is. It was especially fun to read having heard about so many real-life mystery lights in so many places in the US (I love urban legends and local ghost stories).
One thing made the story a bit less enjoyable, and that was the whole love triangle thing. Lily is seeing the boy who will soon be her step-brother, while at the same time dodging a cousin who's about head-over-heels in love with her. Love triangles can be tricky enough, but having family relationships tangled in them as well made it even more sticky, and less believable.
続きを読む
違反を報告
レビュー を日本語に翻訳する

Ryan Guy
5つ星のうち4.0 Romance Paranormal
2016年1月19日にアメリカ合衆国でレビュー済み
Amazonで購入
Due to circumstances out of her control, teenager Lily and her mother relocate to a rural area of Texas so her mom can shack up with her fiancee. The fiancee has his own teenager, too, and he happens to be an attractive boy. Lily meets her new neighbors who are also attractive teenage boys. What's a girl to do all summer surrounded by such tempting prospects? Cue the romance, which is about 70% of the book.
The 30% paranormal part revolves around the legends, ghost stories, and history of an abandoned town. Lily's arrival to this area is the catalyst of heightened paranormal activity as she and the boys in her life uncover dark secrets and startling connections that tie the past to the present in dangerous ways.
I enjoyed this quick read and all of the twists along the way.
続きを読む
違反を報告
レビュー を日本語に翻訳する
すべてのレビューを参照します
トップへ戻る
Amazonについて
Amazonでビジネス
Amazonでのお支払い
ヘルプ＆ガイド
日本語ショッピングのための言語を選択します。 日本ショッピングのための国/地域を選択します。
© 1996-2020, Amazon.com, Inc. or its affiliates