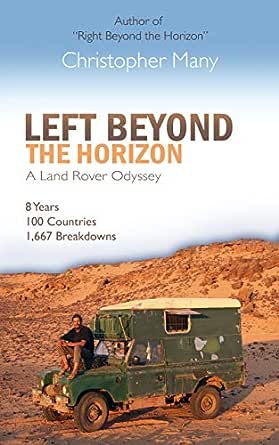 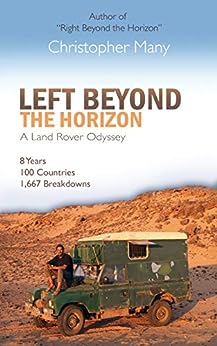 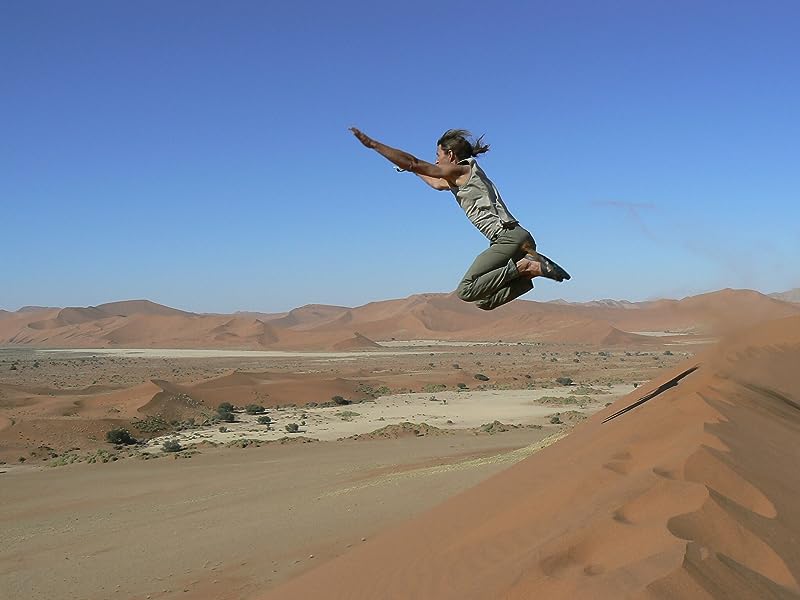 This is a witty travel chronicle, an unvarnished view of the world, a tapestry of philosophical conundrums, a roller coaster of emotions, and learning survival skills along the way.--Mapping Megan.com --このテキストは、paperback版に関連付けられています。

Paul Misencik
5つ星のうち4.0 Compelling Story Trumps Iffy Writing Any Day...
2016年10月19日に英国でレビュー済み
Amazonで購入
Very, very, very enjoyable read. It starts off kinda strange, almost as if the author (a German) was writing in English (although apparently that is not true, and he wrote the book in German, so I suppose blame the translation for the stilted feel). But the writing gets better as it goes along and the story is so compelling the prose almost doesn't matter. It's a fascinating look at global travel on the cheap, with no agenda, no rush, and no preconceived notions of what to expect in various regions. Russia, Siberia, the United States, South America, Africa, the Middle East, and a little of eastern Europe are all covered, although the bulk of the book takes place in South America and Africa. And it's a crazy, fascinating tale to say the least! Interesting characters, adventures, and experiences from the mundane to the truly bizarre kept me turning the pages like crazy. I tore through it in about six days. The only thing lost is maybe the grand sense of time. The trip took EIGHT YEARS, and he was in Africa alone for more than three. It's hard to imagine when you're reading it that he was doing this for so long... But it's a wonderful book, hard to put down, and enormously enjoyable. Highly recommeded.
続きを読む
2人のお客様がこれが役に立ったと考えています
違反を報告
レビュー を日本語に翻訳する

Mark R. - Dublin
5つ星のうち5.0 The Best Travel Book I Have Read in a Very Long Time!
2015年12月22日に英国でレビュー済み
Amazonで購入
In my opinion this book stands head & shoulders above others of the genre, in fact up there with the all time classic Jupiter's Travels.
The author judges the pace of his writing perfectly, engaging & testing the reader where there is a deeper or more unusual story to be told; Skipping along lightly where appropriate in order to stitch the narrative together & keep everything in context.
Christopher Many arrives everywhere with an open mind, prepared to draw his own conclusions about people & places. Not afraid to comment on some touchy subject matter, particulary with regard to the continuing plight of Sub-Saharan Africa or the effects of ill thought out foreign policy. He shows that such a long & diverse odyssey is more about the journey than the destination, as much about introspection as extrospection. If you like travel, travel books or just a damn good read then buy this without hesitation. You won't be disappointed.

Carl Henderson
5つ星のうち5.0 A Great Book - Dont Miss Out.
2017年6月15日に英国でレビュー済み
Amazonで購入
Fantastic book telling the story of the authors adventures in an old series landrover. From cover to cover a great read, totally enthralling stories of his years on the road travelling and meeting people from many different cultures.Couldnt put it down and have read it again since. Highly recommended. His second book "Right beyond the horizon"is just as good telling the story of motorbike travels this time. Christopher seems to just "get " people and make friends with everyone on his travels even in places where we are told are "too dangerous to go"or "you shouldnt go there" it seems the vast majority of locals are in fact only too happy to help out or sit and chat. Christopher lets the reader travel with him and experience all the sights and sounds from his travels that we would never get to see otherwise. Just buy it for yourself and sit back and enjoy the whole world from your own living room.
続きを読む
違反を報告
レビュー を日本語に翻訳する

I would also say that Christopher must be the most modest mechanic ever. Read the book and you will see why.