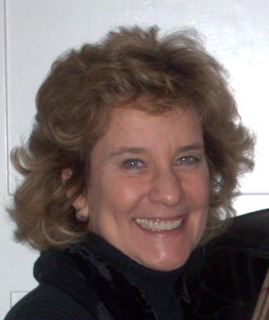 Fern Kupfer is a memoirist, columnist, novelist and popular speaker. She is currently completing a new book, Leaving Long Island, a memoir about being a woman of a certain age (born in 1946) and surviving the loss of a child, the explosive end of a long marriage, and the discovery of a genetic inheritance (the BRCA 1 gene) endemic to the Ashkenazi Jewish population. It is a second half of life story, without any sensational theme of surviving molestation, substance abusive or captivity, but a dead-true depiction of an ordinary life of pain and happy second chances. Fern Kupfer's work has appeared in Newsweek, Newsday, Redbook, Family Circle, American Way, Woman's Day, The Women's Review of Books, Writer's Digest, The Chronicle of Higher Education, Parents magazine, Moment, The Washington Post, Cosmopolitan and The Des Moines Register; her essays have been widely anthologized in college texts and popular collections including Nice Jewish Girls (Plume/Penguin), The Secret Lives of Lawfully Wedded Wives and Mirror, Mirror on the Wall: Women Writers on Fairytales(Anchor/Doubleday) Her columns "Mothering " and "A Certain Age" appeared every three weeks in Newsday from 1993 - 2005. Her novels' include Surviving the Seasons (Delacorte) No Regrets (Viking) Love Lies (Simon and Schuster). A memoir, the best selling Before and After Zachariah, a story about family life with a severely disabled child is in its third edition (Academy Chicago). All of her books have been published internationally. Surviving the Seasons was nominated for the Jewish Book Award. Fern Kupfer has been a public speaker for family advocacy and special needs children, lecturing all over the United States at conferences, hospitals and schools. She has appeared on Good Morning America and has been interviewed by Oprah Winfry. Until her retirement from the creative writing program at Iowa State in 2011, she was a tenured professor, teaching creative writing and magazine writing at Iowa State University. She is married to the Lebanese-American writer Joseph Geha. Their family combines step-children and grandchildren, middle-easterners, mid-westerners, gentiles and Jews. They live in the middle of the country - Iowa - where the corn is high, the political caucus begins, families grow hearty and the people are almost always nice.
１分以内にKindleで Leaving Long Island...and other departures (English Edition) をお読みいただけます。

Ellie
5つ星のうち4.0 Important book , written with grace and humor
2015年2月17日にアメリカ合衆国でレビュー済み
Amazonで購入
I enjoyed this book very much. The only thing I would critique would be that it jumps around a bit chronologically and some of the events and characters were a bit confusing to keep straight. Many people have the same first names! There was a chapter on the author's son Zachariah, and if you hadn't read that book (Before and After Zachariah) you might not see the reason why it was included there. Fern Kupfer is an Ashkenazi Jew and was very unlucky to pass the genetic Canavan's Disease onto Zachariah, who was very disabled and died at age 16 as a result.Then, Fern found she had also inherited the BRCA1 gene for breast and ovarian cancer! But she maintains her humor, and goes through the decision-making process on whether to have her breasts and reproductive organs removed or to take a more conservative approach. Events such as her high school reunion are included, stories about her two marriages, relationships with family and friends, are all related. I like Kupfer's wry writing style and this is an important book. She had some very bad genetic luck but prevailed and shares her stories to help others.
続きを読む
違反を報告
レビュー を日本語に翻訳する

Michael Rakosi
5つ星のうち5.0 The Light at the end of tunnel is not nescessarily a train coming towards you"
2012年9月10日にアメリカ合衆国でレビュー済み
Amazonで購入
To capture an exquisite portrayal of a life filled with immense tragedies and make them easily palatable to all of us (there is no wincing), and in the same moment make it universal, is a major accomplishment.

Fern Kupfer, Long Island Jewish bred, a wonderful writer, transplanted into Field of Dreams Iowa as a professor, does all of that and more. There are people who we all know who take the air out of a room by entering. Fern takes some of life's greatest tragedies, like the loss of a child or betrayal in a "trusting" marriage and brings hope, joy, and actual humor, to each. Fern treats the specter of near-certain (genetic) breast cancer with the investigative journalistic flair worthy of Woodward and Bernstein. She is a writer and obviously a person filled with a natural ebullience, takes the tiniest good out of devastating situations that promise future horrible consequence, and gives hope. Fern gives us a birds eye view into the way to handle catastrophies, while simultaneously holding a job, finding a new mate, all the while enjoying the present and savoring the future.

With her childhood best friend Barbara, we have a Sancho Panza who gives Fern a constant, up to the minute, reality-check of big city views on any and all life altering events. Their bantering humor provides a Nadal-Frederer volleying of ideas that is delicious.

A great read, you won't put down, as you spend your time with a writer of consequence, making a life altering decision.
続きを読む
1人のお客様がこれが役に立ったと考えています
違反を報告
レビュー を日本語に翻訳する

Orange Cat
5つ星のうち5.0 Ultimately, A Story About Resilience
2013年2月21日にアメリカ合衆国でレビュー済み
Amazonで購入
Veering away from a memoir model that makes you wonder if there is indeed a World Pity Prize for Writer Most Damaged by Life, Kupfer has produced a book that draws you in and holds you without resorting to self-manufactured dysfunction. She is a woman who has lived a life, and if you live a life you will have a story to tell, some happier than others. Luckily for us, Kupfer is a wonderful storyteller, expertly combining humor and pathos.

Despite giving birth to a severely disabled child who dies young, weathering her first husband's infidelities until he finally leaves her for a younger woman, and facing decisions that surround the almost certainty that she will develop breast cancer, Kupfer doesn't spend much time feeling sorry for herself and this is one of book's strong points. Instead her story is about resilience and the buoyancy of the human spirit--despite all that happens to her, she finds love, has loving relationships with her surviving child and stepdaughters, and maintains life-long friendships. Eminently readable, she details her life--it's joys and sorrows--in tightly written, beautiful prose that is rarely maudlin. The chapter about her son is one of the most moving I've read in a long time. This book is not overwritten and its stories are not over-analyzed or over-dramatized--they stand on their own emotional merit. Along with Jeanette Walls "The Glass Castle" and Robert Goolrick's "The End of the World as We Know It," I highly recommend "Leaving Long Island."

(Disclosure: I was a long-ago student of Kupfer's and so was glad a friend still in Iowa let me know the book was available. She was a great prof, too. Maybe she'll even get a kick out of wondering who this insightful, erudite former student with impeccable taste might be.)
続きを読む
違反を報告
レビュー を日本語に翻訳する

Bonney Rega
5つ星のうち5.0 A FASCINATING MEMOIR OF PAIN AND JOY
2013年5月26日にアメリカ合衆国でレビュー済み
Amazonで購入
Fern Kupfer, years before Angelina Jolies's announcement, discovers she, too, carries the BRCA1 gene, and confronts whether or not to have preventive mastectomies. She's watched her mother die of breast cancer, so knows what carrying the gene entails if she doesn't have the double mastectomy. It is an authentic journey covering her adult life, when she leave Long Island to live and work in the Berkshires. She takes us through her first marriage,the births of her children, and the pain of having a beautiful child whose consciousness dissolves while the marriage, too, slowly dissolves. Her second marriage is to a marvel of a man who supports her decisions and loves her unconditionally. Lucky woman, who tells her tale with wit, humor, and utter honesty. She and Jolie have much in common.
続きを読む
違反を報告
レビュー を日本語に翻訳する