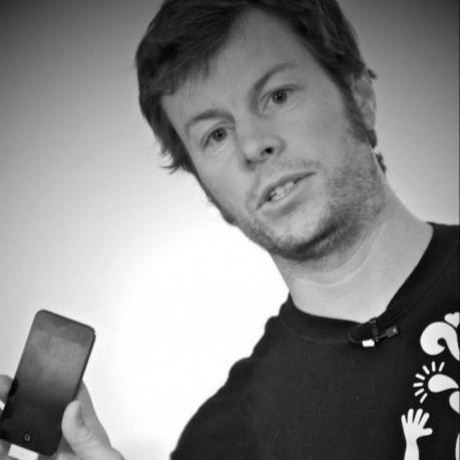 Colin Ramsay began his web career hacking around ASP websites in a part-time developer job when he was at university. Since then he's been involved with a range of web technologies, which have provided a springboard for the formation of his UK-based web development company, run in tandem with his fledgling writing projects.

Shea Frederick began his career in web development before the term 'Web Application' was commonplace. By the late 1990s, he was developing web applications for Tower Records that combined the call center interface with inventory and fulfillment. Since then, Shea has worked as a developer for several companies-building and implementing various commerce solutions, content management systems, and lead tracking programs. Integrating new technologies to make a better application has been a driving point for Shea's work. He strives to use open source libraries as they are often the launching pad for the most creative technological advances. After stumbling upon a young user interface library called YUI-ext several years ago, Shea contributed to its growth by writing documentation, tutorials, and example code. He has remained an active community member for the modern YUI-ext library-Ext JS. Shea's expertise is drawn from community forum participation, work with the core development team, and his own experience as the architect of several large, Ext JS-based web applications. He currently lives in Baltimore, Maryland with his wife and two dogs and spends time skiing, biking, and watching the Steelers. Shea is the primary author of the first book published on Ext JS, a book which helps to ease beginners into the Ext JS library. He is also a core developer on the Ext JS project along with writing columns for JSMag and running the local Baltimore/DC JavaScript Meetup. His ramblings can be found on his blog, http://www.vinylfox.com and open source code contributions on Github at http://www.github.com/VinylFox/.

Cutter is the Senior Web Developer for Dealerskins, a Nashville, Tennessee based hosting provider that develops websites for the Automobile Dealership market. Cutter began his web career when he began learning HTML 1 while in the US Army and stationed with the National Security Agency. Cutter got into application development as a Corporate Support Specialist for a regional ISP, just prior to becoming the IT Director of Seacrets, a large resort destination on the Eastern Shore of Maryland. Cutter has extensive experience as a server- and client-side developer, with a popular blog dedicated to ColdFusion, Ext JS, and other web development technologies.

Howard Jones
5つ星のうち3.0 Covers older release
2009年9月15日に英国でレビュー済み
Amazonで購入
This has just arrived this morning, but I wanted to make a quick note here that this book covers ExtJS 2.x, not 3.x, since the blurb above doesn't mention that anywhere.

The changes from 2 to 3 aren't as dramatic as from 1 to 2 though, as I understand it, so it should still be mostly relevant. Jesus Garcia's upcoming Manning book does cover 3.x, and looks to be more detailed and in-depth, too, having seen preview chapters.

Tieliu Du
5つ星のうち4.0 Good for newbie like me
2010年6月2日にカナダでレビュー済み
Amazonで購入
This book is as expected. It is expecialy good for newbies like me.
After finished the first chapter, I began to use it in my current project.

The only little issue is: it is not for advanced users.

basementjack
5つ星のうち5.0 Excellent book!
2010年7月18日にアメリカ合衆国でレビュー済み
Amazonで購入
This book is fantastic. It is one of the best technology books I have ever read. Extjs is explained in simple layers starting with the basics and layering on more concepts with further examples. The examples are fantastic - with just enough to convey the point, but still remaining simple. When a sample is expanded, the new lines are shown in bold so you can quickly see what changed.

KSIOP-19
5つ星のうち5.0 Very nice book.
2009年2月25日にアメリカ合衆国でレビュー済み
Amazonで購入
Ext JS on-line documentation is helpful if you know how to use it. The problem is that is not always straight-forward. There is a good deal of frustration when you can't get it...

This book is easy to follow. It has simple but very valuable examples, so you can use them as a base and then apply advanced features to your code on the fly.

I wished I'd had this book when I started learning Ext JS. Have fun...