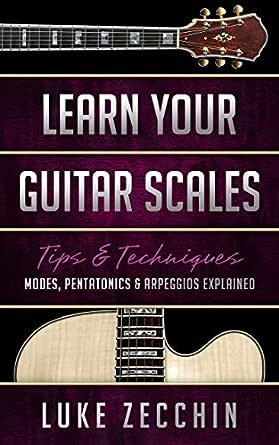 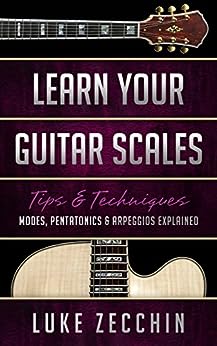 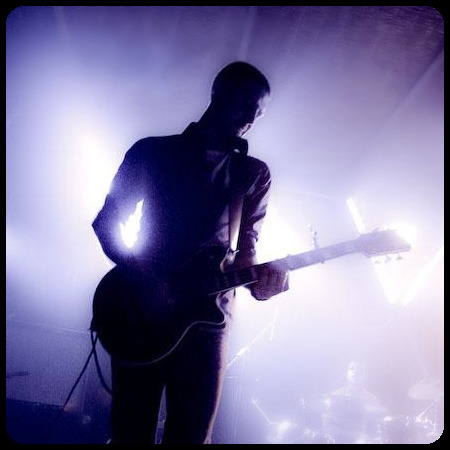 Having played for over 20 years, Luke Zecchin is an accomplished guitarist with a wealth of studio and live experience. Outside his work teaching music, Luke has toured extensively alongside renowned national and international acts, performing at everything from clubs, theaters, and festivals to various appearances on commercial radio and national television. Playing lead guitar, Luke has worked on projects with established international producers and engineers. He has been fortunate to see these collaborations break into both the Top 50 ARIA Album and Singles charts, having also received nationwide airplay and notable debuts on the Australian iTunes Rock charts. As the founder of GuitarIQ.com, Luke is dedicated to the education and coaching of guitar players all over the globe. With books available in over 100 countries worldwide, he has emerged as an international chart-topping author in his field. Luke continues to work as an author, educator, and musician from his project studio based in the Adelaide Hills, South Australia. Find him online at LukeZecchin.com. --このテキストは、paperback版に関連付けられています。

Dave Perryman
5つ星のうち3.0 Distilled Knowledge - Not Easily Digestible for Beginners...just boring for anyone else
2019年11月27日に英国でレビュー済み
Amazonで購入
This book in essence is a precis summary of Scale theory and Patterns based around the Major Scale its modes and Pentatonic Scales. It has some useful pattern presentations for various Scales, Octave root note positions and Arpeggios based on an understanding of the CAGED system. It assumes you know what that is. It also assumes you have a clear understanding on the relationship between Scales and Chords in theory...although its not necessary to understand a "Pattern" its hard to digest a lot of words about something when you dont know the underlying concepts. This book is a bit " Wordy" in that respect, and although it talks about scales being a " Heard" medium, e.g. you listen to Major or Minor and understand them by hearing, it then goes into using visual patterns to teach scales based on the 3 notes per string basis. All of this is essentially correct and good stuff but a bit boring to say the least, it comes across as a set of mechanical exercises in re-iteration of patterns, there's very little discussion on the related chords or chord structures that might accompany a modal scale or any online tracks that present a chordal / Mode / Scale exercise. The online content is a boring as the book in this respect, its fundamentally a set of exercises in Audio of the Tab in the book and a set of backing tracks for timing and or playing against a drone in a particular key, which you can do yourself with a loop pedal or metronome. Although you can, as indicated in the explanations, "Hear the Difference" playing one modal scale against a Drone to another...it doesn't really go into any real life exercises on playing scales against chords. My personal opinion is that this book is falling between two positions. It doesn't accommodate beginners or intermediate players with little theoretical knowledge easily and doesn't meet the needs of those with some knowledge who want to advance beyond " Scale Pattern Playing" , it assumes a good understanding of theory before you start, so I'd recommend beginners to intermediate players getting a good understanding of basic Harmonic Theory before attempting to understand modal concepts and this book wont give you that. I'd also recommend going elsewhere for more entertaining and real world exercises on Modal Scale playing against actual chord structures if you do know what a Mode is and how it relates to a chord structure...just playing patterns will bore you to tears. I read this book knowing what its talking about..however if I didn't I would've had to work really hard to get the related theory points being made. So if you want to learn Scale patterns its a economic starter for 10 for sure, however its not the best way to develop an broader and more entertaining understanding. So its a three from me.
続きを読む

Randy L. Levine
5つ星のうち1.0 Total breakdown of Scales and Chord information
2017年12月24日にアメリカ合衆国でレビュー済み
Amazonで購入
Not worth the price . There is a reason why this pamphlet want show much before you purchase it, there is'nt much information to show . Seek elsewhere for scale information .
続きを読む
4人のお客様がこれが役に立ったと考えています
役に立った
フィードバックを送信中...
フィードバックをお寄せいただきありがとうございます。
申し訳ありませんが、お客様の投票の記録に失敗しました。もう一度試してください。
違反を報告
レビュー を日本語に翻訳する