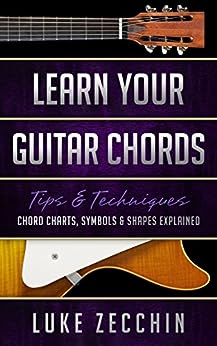 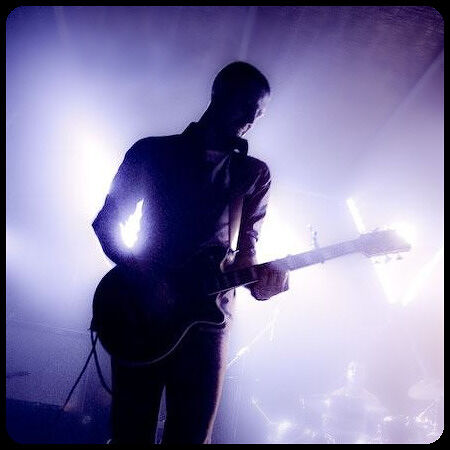 Having played for over 20 years, Luke Zecchin is an accomplished guitarist with a wealth of studio and live experience. Outside his work teaching music, Luke has toured extensively alongside renowned national and international acts, performing at everything from clubs, theaters, and festivals to various appearances on commercial radio and national television. Playing lead guitar, Luke has worked on projects with established international producers and engineers. He has been fortunate to see these collaborations break into both the Top 50 ARIA Album and Singles charts, having also received nationwide airplay and notable debuts on the Australian iTunes Rock charts. As the founder of GuitarIQ.com, Luke is dedicated to the education and coaching of guitar players all over the globe. With books available in over 100 countries worldwide, he has emerged as an international chart-topping author in his field. Luke continues to work as an author, educator, and musician from his project studio based in the Adelaide Hills, South Australia. Find him online at LukeZecchin.com. --このテキストは、paperback版に関連付けられています。

Amazon Customer
5つ星のうち5.0 The book I wish I'd had 30 years ago
2019年8月25日に英国でレビュー済み
Amazonで購入
When I was first learning guitar in the early '80s, if there was a chord you needed that you didn't know you would look it up in something called a "chord dictionary" - a reference work made up of pages and pages of little grids, representing strings and frets, which showed you where to put your fingers. (If you were particularly astute you'd probably notice that some of the patterns appeared several times, at various different positions on the neck.) A lot of data but very little information, in other words. The information was out there too, but tended to be in tomes on the scale of "War and Peace" and loaded with superfluous jargon that was unintelligible and quite intimidating to the average layperson ... Basically there was nothing inbetween.

Well, with this slim volume Mr Zecchin has plugged this gaping gap in the market in one go. If you're used to chord dictionaries you may be surprised by how slim it actually is. That's because the book's main aim is to explain what chords actually are - the notes they contain, how they relate to scales and each other, the significance of the names and what all those abbreviations actually mean (that "sus" is actually "suspended", people!). And yes, why all those pattern repeat. There are a few pages of chord boxes (but with more useful information than a traditional chord dictionary) and some exercises to help you link it all together.

In a nutshell, this book contains all the information you need in order to actually understand and use chords, distilled down into a nice compact, reader-friendly format that you don't need a degree from the RCM to be able to understand. If there's a chord you don't know now, you can probably work it out yourself just by applying the information contained in this book.

alaz
5つ星のうち5.0 Excellent and to the point!
2020年5月3日に英国でレビュー済み
Amazonで購入
Little book,plenty of useful and clearly explained information
The author spares no effort in trying to make the subject easy to learn.
His other books are of the same standard,simple and efficient!
続きを読む
違反を報告
レビュー を日本語に翻訳する

Edward Newman
5つ星のうち5.0 Straight-forward and practical
2019年3月21日にアメリカ合衆国でレビュー済み
Amazonで購入
Easy to use, short book that is more geared towards showing you how to form chords based on music theory and common shapes, and less about just memorizing a thousand chord diagrams. I've been playing for a long time, but this book has already improved my knowledge of how chords are formed. Even though it's a short book, definitely worth the $10.

I would say, this book isn't for 100% beginners as you should know basics like what scales and intervals are, but on the other hand you don't need to know that much to find this book useful. Wish I had read it a decade ago.
続きを読む
11人のお客様がこれが役に立ったと考えています
違反を報告
レビュー を日本語に翻訳する

jocelyn nolazco
5つ星のうち5.0 Great guide for learning guitar chords
2019年8月16日にアメリカ合衆国でレビュー済み
Amazonで購入
The book covers a lot of content without being bulky. Includes plenty of examples, tips, and diagrams. The online material was also helpful. Overall, it's a good price for what you get.
続きを読む

5つ星のうち5.0 Great guide for learning guitar chords
2019年8月16日にアメリカ合衆国でレビュー済み
The book covers a lot of content without being bulky. Includes plenty of examples, tips, and diagrams. The online material was also helpful. Overall, it's a good price for what you get.
このレビューの画像