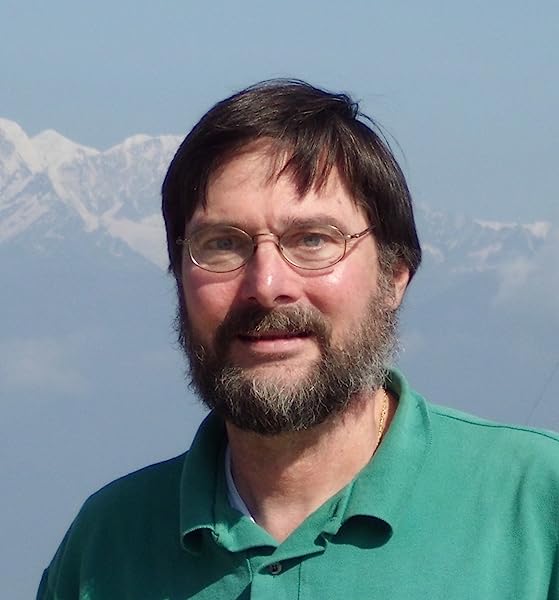 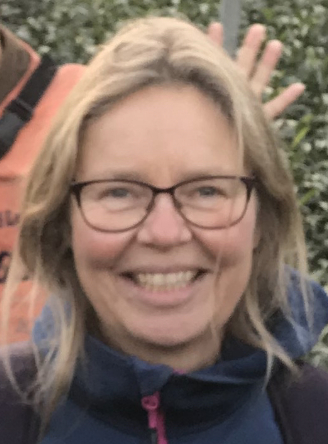 James O. Coplien is a writer, lecturer, and researcher in the field of Computer Science. He has made key contributions in the areas of software design and organizational development, software debugging, and in empirical research. His early work on C++ idioms was one of the three primary sources of the popular Design Patterns. His work on Organizational patterns was an inspiration for both Extreme Programming and for Scrum. Cope was a founding Member of Hillside Group with Kent Beck, Grady Booch, Ward Cunningham, Ralph Johnson, Ken Auer and Hal Hildebrand. He is responsible for starting up several of the conferences in the Pattern Languages of Programming (PLoP) conference series and is a longstanding pattern author and PLoP shepherd.

Gertrud Bjornvig is an experienced software consultant and trainer and has been in software development since 1984. She's been working on development teams as a developer, analyst, and project manager, and has had cross-organizational roles as methodologist and process consultant. Her background is in object-oriented development, including extensive work with UML and RUP. Gertrud has been employed by Enator, Navision, Microsoft, and TietoEnator, but since June 2007 she has been independent as a part of Gertrud & Cope.
Gertrud holds a Master in Computer Science and Communication and is one of the founders of Danish Agile User Group.

Mark Jacobs
5つ星のうち5.0 A rewarding read
2020年1月27日に英国でレビュー済み
Amazonで購入
I was surprised at the number of negative reviews of this book so felt compelled to add my own take. I respect those reviewers as fellow software architects and practitioners. There will always be a passion that comes with the role, and it seldom ends well in forums or online debates. So I want to be clear: I completely get the frustration from many of the negative reviewers, and I understand where they are coming from.

This is a tough book. It demands an investment of time, deep work, and multiple re-reading of some sections. Quite possibly, on more than one occasion, there will be an incident of flinging-it-across-the-desk. However, in the context of big, complex, and ugly software projects, this book is an investment which will pay itself back and then some. Its wisdom will resonate with you long after you study it.

I, and a number of my colleagues, turned to this book when the terrain became impassable. It was a guide when we needed a better way of thinking, an experienced steer rather than another set of integration patterns or yet more cloud how-to blogs.

Frequently our impasses were not a technology issue alone but some more fundamental missed detail, such as clarity of the value steam (and affected stakeholders). Or we needed to separate the customer from the user to reframe the problem. We had this stuck on the wall in large friendly letters “Everybody, all together, from early on”.

The act of separating what the system ‘is’ from what the ‘does’ provided sufficient isolation to stop us falling into the tar-pit of technical vs non-technical debates. The clarity of seeing through both an agile lens and a lean lens was a defining step for me. As an architect it’s a challenge to fit design into the short iterations of agile delivery cycles.

An architect increases values and removes waste. It means you have to slow down, almost stop and do nothing (or no thing as zen would suggest) which gives you the space to think. Bringing the decisions forward - and not in the middle of a sprint - you see the value, the quality.

There are good technical steers here too. The complex-systems child of Model View Controller - Data Context Interaction pattern works well in late-binding, multi-domain, reactive cloud systems and plays nicely with Conway’s Law. There are a number of coding examples in popular programming languages. However, for me, it is the authors’ insights at the reasoning and model levels that is where the book excels (for example compression vs abstraction).

I won’t argue that this book is flawless. Some of it needs editing to decompress the core ideas, which presently get lost. I suspect I have misunderstood some of the ideas but found I had no way of validating them. Finally, as lovely as Grandpa Henry is, I did feel the metaphor was a little strained.

I would love to see an update version of this book, aligning some cloud-based systems, rather than in the weed coding.
続きを読む
2人のお客様がこれが役に立ったと考えています
違反を報告
レビュー を日本語に翻訳する

Jugroop Singh
5つ星のうち5.0 Awesome - two decades of hands on experience and this is how i think; skip the years and save the tears, read this book!
2013年8月2日に英国でレビュー済み
Amazonで購入
Microsoft Certified Technology Specialist And Certified Scrum-Master with more than 18 yrs experience. Successfully (on-time/within-budget) delivered multiple agile projects, sometimes as many as 4 projects in parallel.

I've watched time and time again how business's fail to understand the core principles of lean/agile methodologies, especially architecture. The industry is rife with incompetence that worships short-term gain and long-term pain!

Too many managers/projects have thrown the baby out with the bathwater in order to introduce 'agile/lean' practices. I've only skimmed the contents at this stage and it is a testimony to the pearls-of-wisdom contained in this book that it can quickly be observed that this book addresses the balance! How many more projects (and ultimately companies/industries) must we sideline because of incompetent management decisions/practices. Come on IT, get with the 'program'!!!!
続きを読む
1人のお客様がこれが役に立ったと考えています
違反を報告
レビュー を日本語に翻訳する

Ingo Karkat
5つ星のうち3.0 Misses most of its potential by having a split purpose
2020年10月13日にドイツでレビュー済み
Amazonで購入
The first half of the book recounts the fundamentals of the Lean philosophy and its roots in manufacturing, with its tenets of preventing waste and rework, and contrasts that with the Agile manifesto's bias towards collaborative reaction to change and doing things at the last responsible moment. Apart from that clever confrontation, nothing new can be found here.

The second half segues into architecture that is mostly defined by code instead of documentation, yet tries to closely follow the customer / user perspective; using a money transfer as an example, the book argues that domain classes (what the system is) have different stability than functionality (what the system does), that the complexities are better captured in use case scenarios than Agile's simple user stories, and offers an extension of the classic object-oriented MVC design in the form of Data, Context, and Interaction (DCI architecture), with the example sketched in both Ruby and C++.

With the first half of the book only tangentially related to DCI, the second half cannot develop a fully convincing case, sticking just to one simplistic example which fails to prove the superiority in the face of future changes. Implementations in other languages (each a few pages long) are given in the appendix, but without further commentary (and one instance unnecessarily using a different example domain). Doing DCI in Java (still a very common language for large systems) is difficult, and the referenced Qi4J framework apparently has been abandoned by now, so despite the good intentions of the authors, this probably has far less practical applicability for most readers.
続きを読む
違反を報告
レビュー を日本語に翻訳する

DCI paradigm described in book pretends to be a real OOP. But it really reminds me how software is written C language. You create data structures, you pass structure instances into abstract data types (ADT) which basically is Role for your data instance, ADT references other data instances in terms of other ADTs. And finally, you have C procedures which describe business logic(use-cases) and are equivalents of Contexts in DCI.

DCI pretends to be real OOP but in reality Contexts in DCI are not really objects. Yes, they make them be objects but in fact, it is just use-case scripts similar to procedures in C that use ADT + data instances.

I was part of the DCI community for almost a year and find it toxic. There are a bunch of narcissistic personalities and not so many good people. Be warned.
続きを読む

DCI paradigm described in book pretends to be a real OOP. But it really reminds me how software is written C language. You create data structures, you pass structure instances into abstract data types (ADT) which basically is Role for your data instance, ADT references other data instances in terms of other ADTs. And finally, you have C procedures which describe business logic(use-cases) and are equivalents of Contexts in DCI.

DCI pretends to be real OOP but in reality Contexts in DCI are not really objects. Yes, they make them be objects but in fact, it is just use-case scripts similar to procedures in C that use ADT + data instances.

I was part of the DCI community for almost a year and find it toxic. There are a bunch of narcissistic personalities and not so many good people. Be warned.

Pavel Paroulek
5つ星のうち1.0 Waste of money don’t buy
2018年11月12日にドイツでレビュー済み
Amazonで購入
First I’d like to make clear that I think James Coplien is one of the best IT professionals of our age and I follow him for several years.

That said this book is just a waste of money. There are good insights now and then but the book lacks structure, fails to properly define terms and is more like a collection of essays than a book. It’s frustrating to read as you easily get lost and you often ask yourself “where is this going”? If you cut out all the repetitive ideas (mentioned 15+ times) and all the mini-stories that divert attention and muddy the point this book could have 50% less pages and have the same information content. This is authorship at it’s worst without any regard for the reader.

As I already know most of what Coplien preaches I understood most of the ideas, but for someone who wants to learn “lean” architecture I think the book is going to be incomprehensible. It also doesn’t give you any advice how to apply the techniques.

An example of one of the simplest and easy to understand advice from the book “Separate the components of your architecture according to their differing rates of change”. Now if someone wants to apply this HOW is he going to do it? What is the design tension (relationship?) between rate of change and domain structure? How would you structure the modules? How does it fit with the mental models? You will get no answers. The authors just do a brain dump and the reader is left wondering how come this book costs 50€.