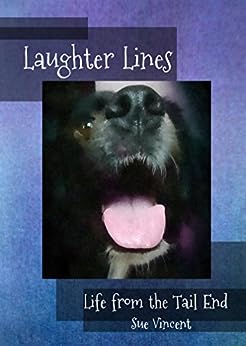 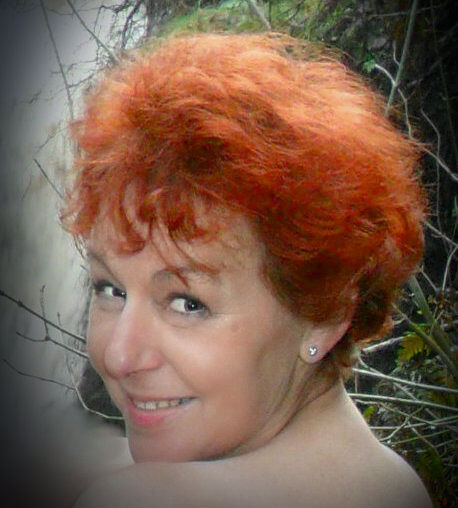 Sue Vincent is a Yorkshire born writer, esoteric teacher and Director of The Silent Eye. She is the author of The Osiriad and Sword of Destiny, as well as a number of books with Stuart France. Sue lives in Buckinghamshire, having been stranded there some years ago due to an accident with a blindfold, a pin and a map. She has a lasting love-affair with the landscape of Albion, the hidden country of the heart. She is currently owned by a small dog who also blogs. --このテキストは、paperback版に関連付けられています。

Sue Vincent is a Yorkshire born writer currently living in the south of England, largely due to an unfortunate incident with a map, a pin and a blindfold. Raised in a spiritually eclectic family she has always had an unorthodox view on life, particularly the inner life, which is often reflected in her writing, poetry and paintings.

She maintains a popular blog,http://www.scvincent.com and is currently owned by a small dog who also blogs and whose own book, "Notes from a Small Dog," is a bid to raise funds to buy an automatic tennis ball launcher.

Sue lived in France for several years, sharing a Bohemian lifestyle and writing songs before returning to England where the youngest of her two sons was born. She began writing and teaching online several years ago, and was invited to collaborate with Dr G Michael Vasey on their book, "The Mystical Hexagram: The Seven Inner Stars of Power" (Datura Press).

Since then she has published a number of books, beginning with "Sword of Destiny", a magical tale set in the ancient landscape of Yorkshire. Her retelling of the Egyptian myths, "The Osiriad", came shortly afterwards along with the Triad of Albion - "The Initiate", "Heart of Albion" and "Giants Dance" in collaboration with Stuart France. These books tell a factual tale in a fictional manner, that is at once a journey into the landscape, myth and iconography of Albion and the story of a growing and rather oddball friendship.

France and Vincent are now working on the last of the three books in the Doomsday series.

Sue, along with Steve Tanham and Stuart France, is a Director of the Silent Eye School of Consciousness, an international modern Mystery School that seeks to allow its students to find the inherent magic in living and being. www.thesilenteye.co.uk

Robbie Cheadle
5つ星のうち5.0 A real treat
2017年6月4日に英国でレビュー済み
Amazonで購入
Michael and I are firm Ani addicts so another whole book about Ani’s antics is a real treat. The goings on of Ani’s two legs, sets Michael off into gales of laughter so we are really happy to read about the trials and tribulations of “Her” too.

The book is written in rhyming verse and tells all sorts of tales. To coin a phrase, Ani says:

“The time has come,” the doglet said,

“to talk of many things;

Of tennis balls and squeaky ducks,

and sneaky bees with stings; …”

In this book, Laughter Lies, Life from the Tail End, you will meet some of Ani’s friends, OR NOT:

The cat likes to sit on the roof of the shed

While the dog views this as an intrusion,

It’s all fur and teeth

As the dog growls beneath

And the birds flutter round in confusion.

We get some insights into Ani’s diet:

Its cream cheese and crackers for me and the dog,

While I’m more the epicure… she’s just a hog…

Me and the dog had a sandwich for brunch

(Well, for me it was breakfast, for her it was lunch.)

The ham disappeared without leaving a trace

Except for the grin upon one small dog’s face.

So if you like to enjoy life and have a good giggle, pick up this delightful book of light-hearted poems and jump right in. There are also some lovely photographs in the book for the reader to enjoy.

Judy E Martin
5つ星のうち5.0 Five Stars
2015年6月15日に英国でレビュー済み
Amazonで購入
Excellent read. It certainly had me laughing on every page.
I thought I would try something different

Not something I usually do

But I have just read a fabulous book

And I wanted to write a review!

If you enjoy a great poem

And love to have a good laugh

Then you will love Ani’s antics

To get out of having a bath!

If legends are more to your fancy

St George and the dragon – the truth

To slay it takes one feisty princess

Not some weak, callow youth!

Do you have a sense of adventure?

To do what very few dare

Stand out from the crowd and be noticed

These stories are just a selection

In the book there are tales of all kinds

So I urge you to read it

diana
5つ星のうち4.0 Personal Review Laughter Lines: Life at the Tail End
2021年2月6日に英国でレビュー済み
Amazonで購入
I chose to read this at night, winding down from the day. Some of the entrie are so funny, they had me laughing out loud, as did my husband when I read them aloud to him.
I can identify with bath times and getting more soaked than the dog, sharing food, and woeful brown eyes that are so achingly familiar. Through Sue's verse, I can visualise 'The Small Dog' getting her way, fun and play times, scrounging and pilfering, and then we have the human stuff of hair dyes, bad backs, cold toast and gingernut dunking.

The book is a delight, and an excellent way to relax before turning out the light. So much so, I've ordered another two.
続きを読む
違反を報告
レビュー を日本語に翻訳する

Ritu
5つ星のうち5.0 Poetically perfect in every way!
2018年1月3日に英国でレビュー済み
Amazonで購入
A wonderful set of poems, showcasing the talent of Sue Vincent, and her four-legged pooch Ani!
Sue Vincent has a way with words, she can tell a tale in rhyme that hooks you and leaves you wanting more.
Thoroughly enjoyed!
続きを読む
4人のお客様がこれが役に立ったと考えています
違反を報告
レビュー を日本語に翻訳する