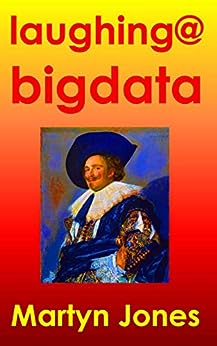 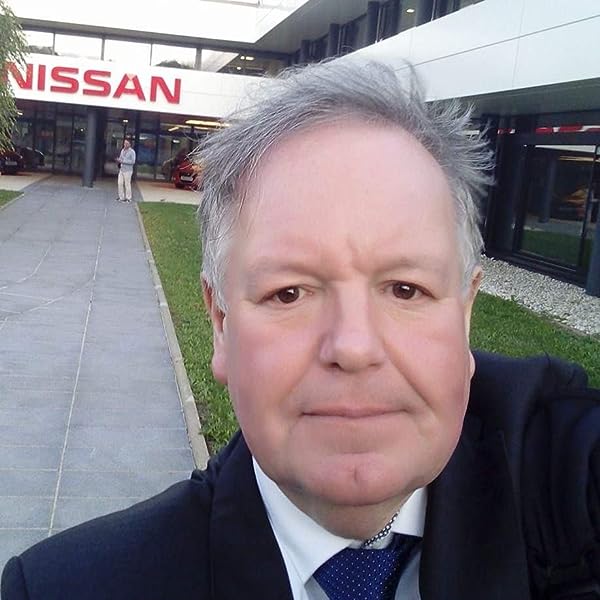 英語版 Martyn Richard Jones (著) 形式: Kindle版
すべての形式と版を表示
Sorry, there was a problem loading this page. Try again.
I was born in Wales, in the lovely town of Caerffili at the southern end of the glacial valley known as Cwm Rhymni.
Wales was the Saudi Arabia of coal, and the valley of my birth was part of its black-diamond heart. A legend has it that coal was made when local fairies on being bothered by a giant asked the help of an owl, who slew the giant. And, when the fairies cremated the giant's corpse, the ground burned away, revealing gleaming anthracite coal. And that coal had far more Kinetic value than any other coal mined in the rest of the entire world.

So, you see, data isn't, in fact, the new oil and it certainly isn't the anthracite coal of Wales.

I don't know why exactly I find this assertion to be necessary, but I'll just leave it as it is, for all to see.

When I was young, a member of my family casually remarked that I wasn't very observant. "Martyn, you're not very observant, are you?" I took offence to that as I didn't think it was true in any way shape or form. So, from that day on, I was determined to be extra-especially observant, which means that unfortunately, I have seen and heard plenty of things that I might otherwise not have seen or heard. In particular, in the world of IT and data. In other senses, it has meant that I have become far more tolerant.
This over-observant and ultra-rationalising mentality led me to consign much of my thoughts to bytes and pixels. A lot of the material here was taken from pieces that I had intended to put on the best strategy blog site in the entire universe, which also happens to be mine – the blog site that is, not the universe.

When I was young, I couldn't make up my mind if I wanted to be a rock star, catholic bishop, an actor, a professor, a painter, a writer, a classical guitarist, a settler in the Holy Land, a parliamentary politician or an IT professional. And even now, I'm sure that this eclectic mix of hopes, wants and desires have somehow deeply marked aspects of my personality and as a result some of what you'll find here.

In Zurich, I worked with a senior banker who told me that his theory was that each new generation in their line of business encountered the same challenges as past generations. And that these new folk would inevitably try and reinvent a solution to those challenges, regardless of whether a satisfactory solution existed or not. So in many ways, each new generation would be a reenactment of the story of Sisyphus.

The content of this book is based on personal, up-close and intimate experiences of the IT industry in general and data in particular. And it has a lot to do with people, personalities and behaviour. If you find the content polemic, bad-mannered and combative, then don't worry, it's not you but rather me, and it's deliberate. So, if you can handle the rough with the smooth, I think you'll be delighted, thrilled and maybe even enlightened by what I have to say.

This book is intended to be humorous at best and droll at worst. If it isn’t, I might hear from you. Most of the pieces in this book are based on stuff I wrote on my goodstrat.com blog during more than five years of curating it. Since some chapters were written years ago, they may seem a bit dated. But as far as I’m concerned, irrationality is everlasting.

Throughout the book, I mention some of the good people and companies I have had the good fortune to work with over the years. But where necessary names have been changed to protect the guilty.
Why is this book necessary?

Because in terms of IT and data, it strives to inform, educate and entertain.

It is said that every person has a book in them. I think I have at least seven, and they are all different. Maybe this is the first of many.
続きを読む
Previous page
Next page
販売： Amazon Services International, Inc.

Bob Robinson
5つ星のうち2.0 Angry Book
2020年9月27日にアメリカ合衆国でレビュー済み
Amazonで購入
Martyn is very smart, very experienced, and very angry. If you read this book you will learn in rich detail what he is angry about. You won't, however, learn much about Big Data. And I don't think it will even be much help figuring out what you should be angry about either.
続きを読む
1人のお客様がこれが役に立ったと考えています
違反を報告する
レビュー を日本語に翻訳する
すべてのレビューを参照します
問題を報告
この商品には、不適切な内容が含まれていますか?
報告
この商品は、著作権を侵害していると思いますか?
報告
この商品には、品質または書式設定の問題が含まれていますか?
報告