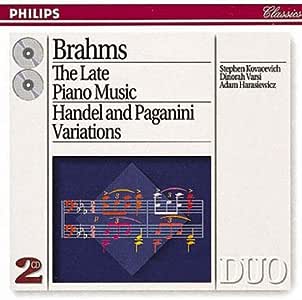 Brand 113 Inc
5つ星のうち5.0 Headless Horseman, Horrific Hauntings and a Hansome Hunk!
2006年4月4日に英国でレビュー済み
Amazonで購入
Johnny Depp stars as Police Constable Ichabod Crane in this wonderfully spooky horror film directed by Tim Burton about a long-dead Headless Hessian Horseman (try saying that out loud!) who awakens every night to terrorise the small insular farming town of Sleepy Hollow.
Sent from his hometown of New York, its Crane's job to go to Sleepy Hollow and find out why the Horseman rises from the grave and rampages around the town taking the heads of anyone who crosses his path. Crane thinks its an open and shut case, but he couldn't be more wrong...In fact throughout the course of his investigation, he discovers the Horseman's grave, and the fact that his skull is missing and comes to the conclusion that the person who took his head is controlling his spirit, and picking his victims for him! The Horsemans sleighing spree will only cease when his head is restored to him!
With his sensitive, squeamish and slightly bumbling manner, Crane finds his job a lot harder than he first thought and on his first encounter with the headless apparition takes to his bed in a terrified frenzy! Living in the house of the Villages Head Citizen Baltus Van Tassell, Crane finds himself becoming increasingly involved with Van Tassells young and beautiful daughter Katrina, (Christina Ricci) the two strike up a friendship that inevitably leads to love, but Crane looks set to lose everything when Katrina finds out that he suspects her Father of being the person who controls the Horseman. Can Crane prove his love by coming to her rescue before the Horseman can claim her as his next victim... or will he be too late?
A wonderfully spooky story, with plenty of twists and turns along the way. The film is both dark in content and colour (it was bleached to tone it down) but Depp's brilliantly timed injections of constant hilarity with his characters penchant for fainting fits (he faints no fewer than 5 times!) and hysterics over a spider throw in some wonderful light relief. It's obvious, that despite his determination to be the consummate professional Crane doesn't have a clue what he's doing! There are some hilarious lines of dialogue from Johnny Depp along the way and he really livens the film up, playing the part to perfection. The final windmill-rescue-chase scene is breathtaking and exciting all at the same time and will leave you on the edge of your seats (A big thumbs up to Johnny for not using a stunt man and being dragged along the ground even if he was padded-out). Also, the Western Woods will send a chill down even the most hardened spine. I admit I am the most squeamish person ever but I loved this film (OK I wasn't brave enough to watch it at night). It's definitly worth a watch, even if it is just to see the delights of the dashingly handsome Depp. Another Burton-Depp movie delight to be proud to have watched and own!