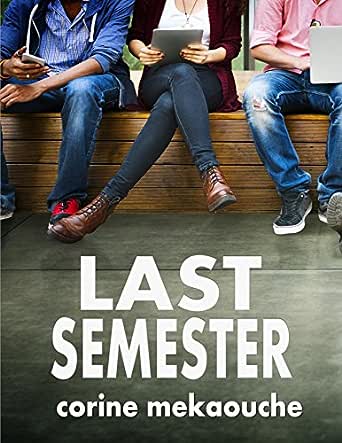 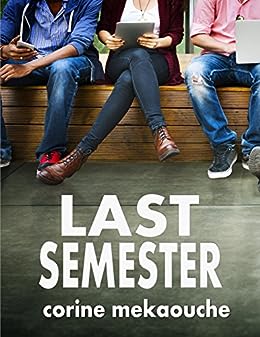 When Johanna ‘Jo’ Gold, witty college life blogger and senior at Rutan University, decides to move in with three male strangers her last semester of school, her life unexpectedly turns upside down. While dealing with her new roommates, A.J., the pompous rich kid who feels trapped in following his father’s footsteps; Rob, the prematurely engaged former womanizer who tries to force Jo out of the house at all costs; and Drew, the 21-year-old virgin genius whose encounters with women have been more than limited, Jo learns that change isn't always easy and it's up to her to learn how to survive the remainder of her time at Rutan the best that she can. Along with searching for her missing mother, figuring out a clever way to pay for school tuition on her own, and dealing with the childish pranks brought on by a certain roommate, Jo’s issues seem more complicated than the average 21-year-old. Can Jo endure the dramatic perils of college while planning for life after graduation?

Navigating through college isn’t easy especially when you don’t know what the future holds, but Jo is determined to conquer her present even if it means figuring out what being an adult is all about. With graduation around the corner, Jo and her roommates have some growing up to do and the last semester is all they have.

Partying is a necessity.

Mika
5つ星のうち5.0 Great Read
2017年7月19日 - (Amazon.com)
Amazonで購入
This was a great read must stick it out until the end it all comes together
続きを読む
レビュー を日本語に翻訳する

Annika
5つ星のうち3.0 A cute coming-of-age college story
2017年5月2日 - (Amazon.com)
Aw. This book could have been amazing. No, strike that - it should have been amazing. I absolutely loved the premise. It was the perfect set-up for tons of magnificent banter, laugh-out-loud situations and touching friendships.
However, it was just an okay read for me.

This is not a college romance. If you're looking for romantic swooning, this is not the book for you. It was more of a coming-of-age story - a bunch of ordinary students going through their last semester of college, struggling with who they are and trying to figure out what to do with their lives. And that would have been great, had I been able to connect with those characters. As it is, I found all of them (bar one exception) terribly clichéd, and thus bland, and I was bored most of the time, not finding it in me to really care about their issues.
Plus, I really didn't care for the writing. It was just too simplistic, and that has to mean something coming from a non-native speaker.

Why did I give this book 3 stars then, you ask? Of course, there were things that I loved about it!
The prank war between Rob and Jo, making for a great prologue. Drew, the nerdy, awkward virgin and the constant voice of reason. The guys' interactions - never said there wasn't any hilarious banter. "Menstrual Mansion". Four main characters and therefore four very different POVs. The fact that the author didn't feel the need to make this into a romance. And the ending.

Let's just say that this book had its strengths and its weaknesses. Fantastic moments and ones that had me roll my eyes. It was a easy read with a light mood, and while I certainly can't say I loved it, I enjoyed it reasonably well.

ARC provided by the author via NetGalley in exchange for an honest review.

D. Hite
5つ星のうち4.0 A New Adult Novel not focused on a romance.
2017年5月14日 - (Amazon.com)
When I started reading Last Semester, I was expecting it to be a lot like other books I've read where a girl or guy moves in with roommates of the opposite sex and falls for one of them. That wasn't the story line for Last Semester. Last Semester wasn't a romance, but a mature coming of age story.

In Last Semester, Jo decides she's ready to make some big changes in her life for her last semester in college. Her first big change is moving out of the dorms. She rents a room in a house close to campus where her new roommates are three guys. The first guy, A.J., is a rich, womanizing manwhore. The second, Rob, is a major prick who proposed to the girlfriend he keeps cheating one. The final roommate is Drew. Drew talks like Sheldon Cooper and has kept his virginity in tact almost as long. Jo thinks she's prepared to live with three guys, but she had no idea how challenging it would be -- especially when her boyfriend Chris isn't exactly excited about the arrangement. The longer Jo and the boys live together, the more they begin to learn from each other. Each roommate is graduating at the end of the semester, and each has something big to discover before then.

Like I said, this book wasn't a romance novel. It was a story about four young adults finding their way into adulthood. Each character had a romantic or sexual relationship going on in the story, but those relationships weren't the main focus. The main focus was on the four roommates' relationships with each other and the things they discovered about themselves as they prepared for adulthood. I have to admit that I would have loved for Jo to have fallen for one of her roommates, but I respected that she didn't. It made Last Semester stand out from other new adult novels. It was truly about the connections they made and the friendships they developed.

I really enjoyed the way Last Semester was told. It was written in first person and each of the four roommates narrated. Each voice was distinctive and had so much character. I loved Jo, A.J., Rob and Drew so much! There were also blog posts written by Jo sprinkled throughout the book. I understood their value to Jo's prospective career as a writer, but there was only one or two entries that stood out to me. They were just an added extra to me.

My favorite thing about this book had to be the hilarious antics that took place. There were so many great moments that had me laughing out loud. Let's just say there were several times I was happy I wasn't a roommate at "Menstrual Mansion". I'm not sure I could have handled everything that went down in that house. It sure made for an entertaining story.

The only big issue I had with Last Semester was the ending. To be more specific, the very end. It felt abrupt. I turned the page and couldn't believe there wasn't more. The author left the reader hanging when she could have resolved an important part of the story line. It made me wonder if there would be a sequel, but a sequel would be odd since all the characters are moving on separately with their lives after college.

If you're looking for a new adult novel that's not all about romance, Last Semester would be the one to read. It was fun, fresh and contained a ton of character growth.

sharon jones
5つ星のうち4.0 Different but Good
2017年6月9日 - (Amazon.com)
This story was completely different to how I thought it was going to be. I was expecting a college roommate romance, but what I read was in no way that!!
A well written coming of age story, that focuses on 4 college roommates and their last semester in college before they have to adult in the real world.
To begin with, I was confused when every roommate had a POV, as I was trying to work out who Jo was going to end up with. But as I read on, I came to realise that this wasn't going to happen.
There were plenty of laugh out loud moments with the crazy antics the four of them get up to, and I really did enjoy this non romance book.
Would definitely recommend.
I voluntarily reviewed an advanced readers copy via netgally.
続きを読む
レビュー を日本語に翻訳する
Amazon.comのカスタマーレビューを見る(4) 5つ星のうち4.0
click to open popover
Amazonプライム会員ならお急ぎ便、日時指定便が使い放題
さらに、映画もTV番組も見放題。200万曲が聴き放題 。クラウドに好きなだけ写真も保存可能。
> プライムを無料で試す