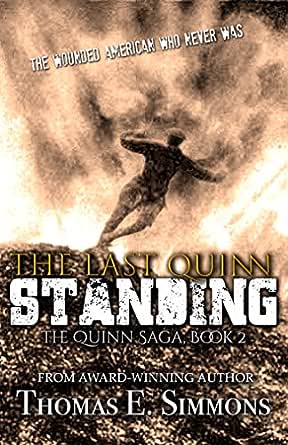 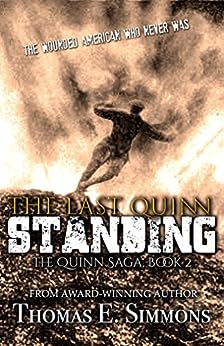 Thomas E. Simmons grew up in Gulfport, Mississippi, attended Marion Military Institute, the U. S. Naval Academy, the University of Southern Mississippi, and the University of Alabama. Tom was once the commercial captain of a seventy-foot sailing vessel, has been a pilot since the age of sixteen, (3000 plus hours in the air), has flown professionally, and participated in air shows flying aerobatics in open-cockpit bi-planes. In the late 1950s, he served as an artillery officer in Korea. He is the author of The Man Called Brown Condor, Forgotten Heroes of World War II: Personal Accounts of Ordinary Soldiers Land, Sea and Air, Escape from Archangel, By Accident of Birth, and The Last Quinn Standing. He has also written numerous magazine articles, an example of which, "Growing Up with Mr. Faulkner," was published in The Oxford American, a literary magazine founded by John Grisham. He is currently working on the last of the Quinn Trilogy, Yesterday a War, Tomorrow a War, a Family in Between. --このテキストは、paperback版に関連付けられています。

Avid Reader
5つ星のうち5.0 The Great War--up close and personal.
2017年3月3日にアメリカ合衆国でレビュー済み
Amazonで購入
Throw out the dull history books of World War I and follow Ansel Quinn's riveting revealing story of that era. Readers who followed the Quinn family from the Civil War through several generations in the first book of this soon-to-be trilogy, will recognize this author's incredibly detailed research woven around personal stories of this family. You will live the early battles of The Great War---so often over-shadowed by WW II. The contrasting views of the battlefield from the infantryman's side and then from the general's view are a seldom seen look at the realities of war. Ansel Quinn is sucked into the complex, secretive military politics leading up to America's involvement. His own emotional battles swirling around this war of slaughter lends to history a very personal facet. And did I say research? Do you know how Black Jack Pershing attained the rank of Brigadier General? Or that the composer of Bolero came to the battlefield? Travel from plantations in Mississippi and Cuba to the bloody trenches, to glittering, frightened Paris then turn the last page sadder but wiser and thoroughly entertained.
続きを読む
3人のお客様がこれが役に立ったと考えています
役に立った
フィードバックを送信中...
フィードバックをお寄せいただきありがとうございます。
申し訳ありませんが、お客様の投票の記録に失敗しました。もう一度試してください。
違反を報告
レビュー を日本語に翻訳する

Lovee
5つ星のうち5.0 Liked It Better Than The First One
2017年7月4日にアメリカ合衆国でレビュー済み
Amazonで購入
This second book in the trilogy is well written written with a historical background that makes the reader want to read further. The author has a way of putting a human face on history. However, in this one, the characterization is exceptional. I can't wait to read the third one. What's so amazing is that this isn't even the kind of book I usually read. However, this one reads more like a classic novel than a modern one.
I gave it five stars, because it gives the reader the sense that the story keeps getting better. Also, the descriptions of the historical setting are good examples to use in English class, not just History. Read the book!

Hoover
5つ星のうち5.0 War is Hell
2018年7月14日にアメリカ合衆国でレビュー済み
Amazonで購入
This is the second installment of the post-war saga of the Quinn family during the Civil War's reconstruction era, up to the beginnings of the First World War. "The Last Quinn Standing" makes us a front-line witness to the killing fields of France, as Germany marched across Europe in WW-I. The story takes us to the American Embassy in Paris where Lt. Ansel Quinn is assigned to provide first-hand observations of the war's progress. America desperately wanted to maintain its neutrality in this bloody war and, hopefully, the protagonists would not notice the important role this young West Point grad was playing. Simmons makes us feel the torment of this young Lieutenant as his loyalty is torn between the Army, the State Department, the desires of the President, not to mention his young wife who he must continue deceive about his duty. Body-count in the battle-scared trenches demonstrated both the need for America to join the allies and served as a reason not to sacrifice American troops. This is a well-written historical novel that will keep you enthralled to the last page.
続きを読む
役に立った
フィードバックを送信中...
フィードバックをお寄せいただきありがとうございます。
申し訳ありませんが、お客様の投票の記録に失敗しました。もう一度試してください。
違反を報告
レビュー を日本語に翻訳する

George Thatcher
5つ星のうち5.0 World War I Novel
2017年7月20日にアメリカ合衆国でレビュー済み
Amazonで購入
This is a very entertaining novel,the second of a trilogy about the Quinn family. The setting initially is Paris before the US enters World War I.. Then it moves to England, Washington, DC, the Deep South and Cuba. Well written, the book will entertain readers of all stripes. Excellent book! -George Thatcher
続きを読む
役に立った
フィードバックを送信中...
フィードバックをお寄せいただきありがとうございます。
申し訳ありませんが、お客様の投票の記録に失敗しました。もう一度試してください。
違反を報告
レビュー を日本語に翻訳する