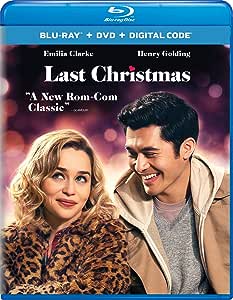 C H
5つ星のうち5.0 WE love it!!!
2019年11月13日 - (Amazon.com)
Light, funny, warm and pleasant...can't say that about the other currently running movies out there. We loved it and plan to see it every year. It IS a wonderful life even with the rough stretches. We GET that and they do, too. We love "Clarence" every year and now we'll love "Tom". Another angel got his wings, whether you like it or not. Earlier reviewers apparently are too "above it all" and sadly will remain the pitiful Grinches that they are. They probably turn up their noses at Christmas cookies and the sound of "too adorable" little children singing their carols, as we remember, and laugh and tear up...and just love EVERY bit of it.
続きを読む
47人のお客様がこれが役に立ったと考えています
レビュー を日本語に翻訳する

Kindle Customer
5つ星のうち5.0 I loved this movie!
2020年1月21日 - (Amazon.com)
Amazonで購入
I loved the movie! I cried and laughed and cried... Some parts a little predictable but still fantastic! Will watch often because it is that good .. Here is to hoping I don't cry every time but even if I do cry every time I'm still in love with this movie!
続きを読む
19人のお客様がこれが役に立ったと考えています
レビュー を日本語に翻訳する

Big Momma
5つ星のうち5.0 Getting past the political correctness
2020年2月1日 - (Amazon.com)
Amazonで購入
This is a very sweet movie. I suspected that the doctor interviewing Kate may have been meant to be a transgender person, SHE seemed to have a somewhat masculine voice. You soon realize that this film is going to have themes planted throughout that make it au courant with every modern divisive issue. You also soon realize what the messages are that the writers are trying to deliver: progressive from A to B.

Yet, overlook that - and try to forget the interracial lesbian couple as having any relevance to the story, and the reactionary young man on the bus, taunting immigrants. There could have been a big Brexit subplot, and a Trump effigy in the Christmas shop. The writers wisely held back a bit. Made a few years later, someone would have had the coronavirus -and survived by suffered shunning.

Strip away those 'commentary' subplots that are filler. At the heart of the film is a heart. Not giving away the plot here. The romance between Kate and Tom is more heartfelt when you sense Tom's regret, as he kisses her. The actor portrays this feeling of yearning and regret subtly. Kate doesn't turn obsessive when she realizes the relationship is dragging. Her life starts to have more balance. He is a good influence.

Biggest problem, which cannot be solved with this plot: you want this couple to be together. You want Kate's mom to have grandchildren because the woman deserves them, after all she has been through! People who have given birth and raised children to adulthood will empathize with that poor woman. Her grey hair and wrinkles say more about her struggles to keep her family safe than any speech Kate can make about 'being alive.; Kate is the new generation, blonde and youthful. Her sister is the conflicted bitter responsible sibling who may be the only person in the family to earn a significant amount of money in this new world. It's a story with 'modern' stamped all over it with headlines but the base is feelings that are ancient and grounded in the nuclear family.

Amazon Customer
5つ星のうち5.0 I loved, loved, loved, loved, loved this movie.
2020年1月26日 - (Amazon.com)
Amazonで購入
I was totally captivated by this movie. The ending was amazing. I could barely see the screen I was crying so much. The music was amazing, the story was breathtaking, the acting superb. I wanted to watch it again when it was over. It was stunning.
続きを読む
14人のお客様がこれが役に立ったと考えています
レビュー を日本語に翻訳する

GEL
5つ星のうち3.0 It's meh...glad I rented it and didn't go see it.
2020年2月11日 - (Amazon.com)
Amazonで購入
I rented this movie after having read many "meh" reviews and now I can see why people were saying "meh."
It's not that this movie is bad per say...it's just really, not all that good either.

I love the actors in the cast, that's not the problem...the story is the problem, the main character is really not all that likable, in fact...if she weren't played by the charming Emilia Clark, she wouldn't be likable at all; AND, for the most part she is surrounded by some pretty unlikable people as well. Her mother, played by Emma Thompson, is irritating (I know she is supposed to be, but it does't help), her sister and she don't get along, and her boss (who seems to be one of the few somewhat interesting characters to me) vacillates between mean and nice.

So, when the twist finally comes in the plot...I rolled by eyes at it.