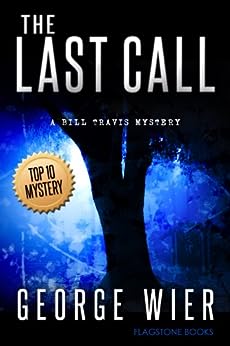 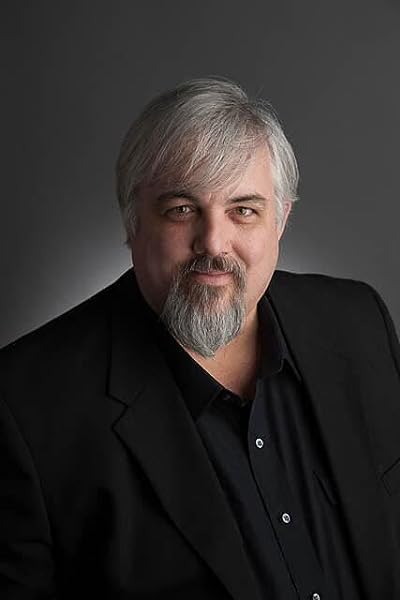 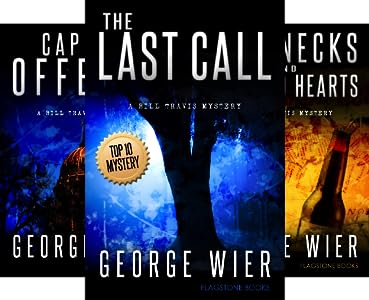 Aurora
5つ星のうち4.0 Fun
2014年3月2日に英国でレビュー済み
Amazonで購入
The title suggests that this is going to be part of a series of books about Bill Travis, it will be interesting to see how that develops given that it is an unusual premise. The protagonist is neither a police officer nor a private detective, instead he is an investment counsellor, more used to finding the best places for people to place any extra cash they may have at their disposal. When he gets into his office on a quiet Monday morning his partner has requested that Bill take his first appointment of the morning. Monday is soon anything but quiet.
Drawn into a life on the run from desperate, and slightly incompetent would be hitmen, he finds life shrinks down to the need to survive with a woman who has upset someone she REALLY shouldn't have upset in tow. Fortunately Bill has the right contacts, who also have the right contacts which make his life a little easier, which is just as well, because the woman, Julie, isn't making life any easier. That is mostly because of what she has done, but also because of the things she isn't telling them.
This is a fast paced story of survival of the smartest rather than of the fittest. Despite the odds being stacked against them, the motley crew which have come together to try to extract Julie alive from the situation she has got herself into, find time to show compassion where it is needed and sort out other people's troubles. Not all of them are going to survive, but who will and who won't?
I actually found this book quite fun and enjoyed reading it. I will be intrigued to see what Bill Travis gets caught up in next.
続きを読む
6人のお客様がこれが役に立ったと考えています
違反を報告
レビュー を日本語に翻訳する

Perkins
5つ星のうち4.0 Refreshingly different action thriller
2013年4月10日に英国でレビュー済み
Amazonで購入
Bill Travis is an intriguing character who is a partner in a firm that purports to advise clients on their financial investments. However, he is more than a little cagey about what he actually does or how he really earns his money. When his partner refers a beautiful young woman to him, he is immediately smitten and is rapidly drawn into a web of intrigue and danger. This book has everything you could want in an action thriller. Vividly drawn characters both likeable and sinister, a good mix of sex and danger, fascinating factual historical detail and a lively, colourful background to a fast moving storyline. The action scenes are brilliantly told, combining just the right amount of vulnerability, pain, fear, courage and commitment to ensure that Bill is someone the reader desperately wants to succeed. This is a great first novel in a series that also certainly deserves to succeed.
続きを読む
4人のお客様がこれが役に立ったと考えています
違反を報告
レビュー を日本語に翻訳する

Lletyderw
5つ星のうち4.0 Interesting plotline
2014年7月26日に英国でレビュー済み
Amazonで購入
I liked this story, although truthfully there were times I could quite cheerfully have wrung the heroine's (Julie) neck. She was unbelievably infuriating at times and I have no idea why poor old Bill put up with her. The storyline was interesting, plenty of twists and turns and quite a few side stories which were really just touched on and not fully explored - might have been more interesting for the reader to have delved more into some of the side stories and explored more of the lives of some of the secondary characters (of which there were quite a few) and had a few less characters/side stories. However, an interesting enough read and definitely different from the usual boy meets girl, big misunderstanding followed by breakup, HEA scenario.
続きを読む
違反を報告
レビュー を日本語に翻訳する

Brambleamble
5つ星のうち3.0 No better than average.
2016年3月11日に英国でレビュー済み
Amazonで購入
Hero jumps into bed with female client on the afternoon of their first meeting and stays there for the rest of the day. That episode typifies this book. Gung ho gun toting Americana trying to hide 2 million dollars from the crook from whom it was stolen and the American government leads to a merry dance with a few bit players blown away on the way. Very typical characters, very typical fantasy (?) of the American way of life nothing really to distinguish it from a host of competitors
続きを読む
違反を報告
レビュー を日本語に翻訳する

john8pies
5つ星のうち1.0 Couldn`t Hold My Interest.
2014年8月20日に英国でレビュー済み
Amazonで購入
I had high hopes for this book after reading some of the positive Amazon contributors` reviews. Sorry, but I personally found it rather poor and clichéd; in fact after the first 3 chapters, I gave up reading it. (Sorry if it suddenly became a masterpiece from chapter 4 onwards!) . The basic fault was that our `hero`, Bill Travis, just didn`t hold my interest and so I couldn`t really be bothered to find out what happened to him and the woman Julie. As I say, this is just a personal opinion, so I hope you like it better!
続きを読む
2人のお客様がこれが役に立ったと考えています
違反を報告
レビュー を日本語に翻訳する
すべてのレビューを参照します
トップへ戻る
Amazonについて
Amazonでビジネス
Amazonでのお支払い
ヘルプ＆ガイド
日本語ショッピングのための言語を選択します。 日本ショッピングのための国/地域を選択します。
© 1996-2020, Amazon.com, Inc. or its affiliates