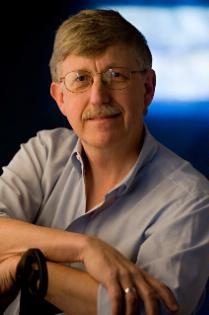 "What an elegantly written book. In it Francis Collins, the eminent scientist, tells why he is also a devout believer.... A real godsend for those with questioning minds but who are also attracted to things spiritual."

"In today's world, scarred by cultural warfare, it is rare for a scientist to offer a testimony of faith in God. For that scientist to be one of the world's most renowned is rarer still. For his testimony to be so lucid and compelling, combining reason and revelation, science and spirit, is unheard of. "The Language of God" belongs on the shelf of every believer and every seeker."

"The world respects Francis as a brilliant scientist responsible for breakthrough discoveries benefiting mankind. For a decade I have been privileged to admire him as a devoted family man and talented musician with a charmingly sharp wit. This intellectually honest, spiritually grounded reconciliation of God and science helps answer your greatest questions. I was profoundly enlightened and believe this important book should be required reading."

"Francis Collins, one of the world's most distinguished scientists, treats the relationship of science and religion with reason and reverence. Collins's mix of clear technical exposition and personal reflection is infused with an intellectual and spiritual honesty. Everyone who questions how religious faith could be reconciled with scientific knowledge, everyone who fears that modern science attacks the heart of religious faith, everyone interested in an enlightened discussion of a crucial issue of our time should read this book."

Francis S. Collins is one of the country's leading geneticists and the longtime head of the Human Genome Project. Prior to coming to Washington, he helped to discover the genetic misspellings that cause cystic fibrosis, neurofibromatosis, and Huntington's disease. He lives in Bethesda, Maryland, and in his spare time he enjoys riding a motorcycle and playing guitar.

Jeremy R.F. Eves
5つ星のうち5.0 Science which reveals rather than rejects God
2019年11月14日に英国でレビュー済み
Amazonで購入
A really stimulating read. Collins is thoughtful, well argued and respectful of others. This is not a 'shouty' book. I am not a biologist and so although I read the biology I cant say I fully understood it - but to an ordinary reader like me the science seems logical. Clearly the insights and implications of genome research are useful in practice - to that extent they are undeniable. As a Christian I was convinced of the author's commitment to truth and God. The case he makes for theistic evolution - or Biologos as he would wish to rename it - is where I guess what many of us of who not young earth creationists really believe in practice. This book will disturb both the 'science has all the answers' crowd and the young earth creationists. For me it explains many truths both scientific and spiritual which complement rather than contradict each other.
続きを読む
9人のお客様がこれが役に立ったと考えています
違反を報告
レビュー を日本語に翻訳する

A Scary Man
5つ星のうち5.0 Superb
2018年6月13日に英国でレビュー済み
Amazonで購入
Overall an excellent read. For me he did a superb job of arguing for the compatibility of science and faith in the life of a Christian today.

Recommended reading for anyone, believer or not, who wants to know how one of the world's top scientists remains fully committed to both his faith and his science without compromising either.
続きを読む
7人のお客様がこれが役に立ったと考えています
違反を報告
レビュー を日本語に翻訳する

M. R. Hickman
5つ星のうち5.0 Good science and good theology
2013年8月30日に英国でレビュー済み
Amazonで購入
I have been a Christian for many years, organist, youth worker, occasional preacher, etc. Professionally I am a scientist (physicist) so that the links/boundaries between science and theology have always been an interesting area for me. The difficulty is that many authors who tackle this area are either theologians with some limited science or vice versa. This is not so with Francis Collins. Throughout the book he demonstrates his extensive knowledge in both fields with authority. He does not shirk the difficult issues nor ridicule those of a different standpoint. A book of sufficient rigour to be useful to those with professional knowledge in these areas, but at the same time it should not be over the heads of those reading for general interest.
続きを読む
25人のお客様がこれが役に立ったと考えています
違反を報告
レビュー を日本語に翻訳する

Marykate118
5つ星のうち5.0 A must read.
2018年6月10日に英国でレビュー済み
Amazonで購入
Well written and informative. This highly intelligent man offers explanations for the lay man that provoke thought allowing one to decide for oneself if we are here by accident or design. It is a must read for believers and non believers. I thoroughly enjoyed reading this book.
続きを読む
5人のお客様がこれが役に立ったと考えています
違反を報告
レビュー を日本語に翻訳する

Dele Oke
5つ星のうち5.0 A fine piece of work
2013年10月25日に英国でレビュー済み
Amazonで購入
Francis Collins is the distinguished physician and geneticist who was the director of the Human Genome project. The Human Genome research was a 'complex multidisciplinary scientific enterprise directed at mapping and sequencing all of the human DNA, and determining aspects of its function'.

Collins writes eloquently about the implications of the findings for the human race. The human genome 'consists of all the DNA of our species, the hereditary code for life' - 3 billion letters long and written in four letter code.

Collins boldly addresses the issue of conflict between scientific observations and religious claims. As a dedicated Christian, who faced his own personal challenges to his Christian faith with the rape of his own daughter, he emerges as a strong advocate for the creation of the universe by a personal God.

Colin echoes the common understanding that 'the awareness of right and wrong, along with the development of language, awareness of self, and the ability to imagine the future' makes the human race stand out as unique among all of God's creation - created in His image.

Collins takes us through a quick review of the prevailing worldviews - Atheism, Agnosticism, Creationism, Intelligent design and the less well known Biologos.

In his view, Biologos is the most satisfactory explanation for human existence. This may not sit well with all Christians, and he leaves many questions unanswered.

Biologos, as defined by Collins, is science and faith working in harmony.

In summary, it posits that 'God chose the elegant mechanism of evolution to create microbes, plants, and animals of all sorts. Most remarkably, God intentionally chose the same mechanism to give rise to special creatures who would have intelligence, a knowledge of right and wrong, free will, and a desire to seek fellowship with him'.

Biologos shares the same definition as theistic evolution and is simply a rebranding of it.

Theistic evolution is a view not embraced by all Christian apologists. Theistic evolution maintains that once evolution got going, no supernatural intervention was required for human kind to evolve. Yet it leaves the question of how life started in the first place unanswered. If God started life then why do we question direct creation of mankind in his image?

Even, if like me, you disagree with Collins conclusions, you cannot but marvel at the intricate nature of life and wonder why anyone could believe that we are all a result of some random accident.