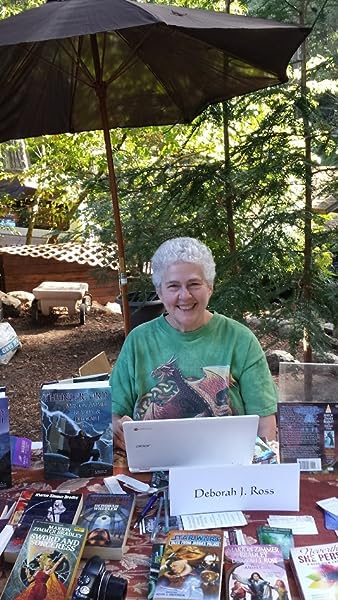 april
5つ星のうち2.0 Not as good as number one...
2020年5月4日に英国でレビュー済み
Amazonで購入
Mixed bag...some rather crude and rude, some well plotted and fun to read, but most mere sketches, rather than developed short stories...bits and pieces of longer works, or brief look-ins into what could possibly be (or become) tighter works...a decent price, but not as amusing as i had hoped...
続きを読む
違反を報告
レビュー を日本語に翻訳する

Margaret Johnston
5つ星のうち4.0 quite a good collection with a few gems
2009年3月24日にアメリカ合衆国でレビュー済み
Amazonで購入
I bought mostly this for the stories by Sherwood Smith, Madeleine E. Robins, and Tanith Lee, three favorite writers of mine, and unsurprisingly, those three stories were my favorites. I especially loved Smith's "Miss Austen's Castle Tour", in which Jane Austen meets Dracula, which I don't think many other writers could pull off to my satisfaction.

A surprise standout was "Rent Girl", by Traci N. Castleberry (whom I've never heard of before), which is the story of cross-dressing Orossy, who feels more comfortable dressed as a girl but is trying to deny this in order to please his lover, Feisal, and Feisal's powerful father. It's a fascinating and sympathetic inquiry into gender roles, and I'll be looking for more by Castleberry.

I generally liked the rest of the stories, with the one exception of the lead-off story, Rosemary Hawley Jarman's "More in Sorrow", which I thought was thinly characterized and very overwritten. Overall, I'd say that like the first anthology in this series, _Lace and Blade 2_ is a good, solid anthology and a good read if you like your fantasy with more than a touch of romance.

Kindle Customer
5つ星のうち5.0 All that the title suggests!
2013年11月30日にアメリカ合衆国でレビュー済み
Amazonで購入
Deborah Ross always picks the most wonderful, provocative, and satisfying stories! There is something for everyone in here -- namely all of the stories!
続きを読む
1人のお客様がこれが役に立ったと考えています
違反を報告
レビュー を日本語に翻訳する