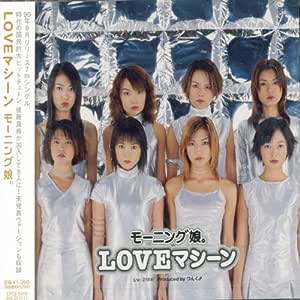 Brian Camp
5つ星のうち5.0 Morning Musume's biggest hit and still a winner
2006年2月13日 - (Amazon.com)
形式: CD
This rousing dance tune from 1999 was designed to pump up Japanese youth and get them out of their recession-induced malaise after the bubble of the Japanese "economic miracle" had burst. It remains the biggest hit from all-girl J-pop sensation Morning Musume and I don't wonder why. When I need pumping up myself, this is the one to do it. This song is often performed at the group's concerts and was also done as a PV (promotional video) that is easily the liveliest and most entertaining music video I've yet seen. At the time of this recording, the group consisted of eight members, including then-brand-new addition (3rd Gen), Maki Goto, who would graduate in 2002 and go on to a successful solo career. (She's third from left, bottom row, the one with light-colored hair, in the picture above. See her solo CDs, "Paint it Gold" and "3rd Station.") All other members at the time have also since moved on, either to other careers or to other functions under the Hello! Project musical banner, while Morning Musume continues with ten newer members (4th, 5th, 6th and 7th Gen).

This song was performed in English by a singer named Debbie Ffrench on a CD of English cover versions of MM songs (see "Cover: Morning Musume: Various Artists," which contains my review). The line, "Nippon no mirai wa / sekai ga urayamu," translated roughly as "The world will envy Japan's future," is sung in the English version as "Nippon's tomorrow will be / the talk of a worldwide envy." Whether such a declaration proves true or not, one can acknowledge the nationalism inherent in such a lyric and still simply enjoy the song for what it is, a catchy, infectious dance piece filled with positive sentiments designed to make its young listeners feel good about themselves and their future.

For the record, the names of the group members in the photo above are: