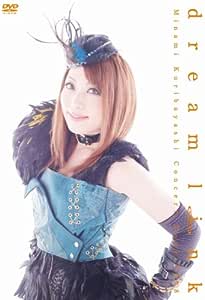 Michael A. Kepler
5つ星のうち4.0 A flawed DVD re-release is better than none at all.
2011年6月2日にアメリカ合衆国でレビュー済み
Amazonで購入
This is only of interest to die-hard Tangerine Dream fans who enjoy this particular stylistic phase of the band. Musically it is some of the most dynamic and emotive music ever produced by Tangerine Dream. The downside of that is that it is also some of the most stylistically derivative music ever produced by Tangerine Dream, resembling very closely a number of artists, most notably Joe Satriani.

While it only provides edited fragments of the show, the sound mix is preferable to the live album from the same tour, 220 Volt Live.

This is a repackaging of the original Miramar release titled "3-Phase", which was broadly distributed on VHS Hi-Fi, but I do not believe there was ever a DVD of the original version officially released.

In the process of removing the "Miramar" name and graphics from the program material, some additional trimming was done, most notably, the beginning of the first track abruptly cuts in on this release, whereas the original had an intro that was part of the song. In fact, I made a personal copy of the DVD restoring the missing portions captured off of my old VHS copy, but I'm just obsessive that way. It is entirely viewable as released.

tangerinewolf
5つ星のうち4.0 A Great DVD for Tangerine Dream Fans, but...
2004年2月5日にアメリカ合衆国でレビュー済み
Amazonで購入
If you are a TD fan, you will certainly want this DVD, but what you may not know is that this release is nothing new. It is the "Three Phase: Past, Present, and Future" video that was originally released on VHS and laser disc in 1993 and has been out-of-print now for many years. So now, with very bland cover art work--making it look like a bootleg, here is the first DVD release. "Live in America" as it is now called, is a deceiving title. There is some live high quality footage, but it is scattered in between music videos and archival views similar to
home movies; not to say that's bad! This is actually an excellent 50 minute presentation!
But there are other problems. The audio part of the DVD transfer is fair at best. I hear crackeling sounds and distortion every now and then, and with a sometimes dysfunctional main menu the DVD itself is on par with the bootleg looking graphics.
It is too bad TDI (Tangerine Dream International) did not get or want the license to re-release this otherwise great video. I am hoping that someone other than this company called Respect will eventually get to do a better release. Usually it's excellent when a long lost video finally gets released on DVD, but don't get too excited as this entire package falls short in the quality department! I'm glad I still have my laser disc version!
The 4 stars are for the original program content only. The DVD quality gets only two stars, and the packaging gets NO stars. (This review pertains to the current Respect release.)
続きを読む
46人のお客様がこれが役に立ったと考えています
役に立った
フィードバックを送信中...
フィードバックをお寄せいただきありがとうございます。
申し訳ありませんが、お客様の投票の記録に失敗しました。もう一度試してください。
違反を報告
レビュー を日本語に翻訳する

Xtreemnoise
5つ星のうち5.0 Like your at their concert
2008年9月12日にアメリカ合衆国でレビュー済み
Amazonで購入
Had been to one of their concerts and seen most of what's on the CD live. This sounds wonderful on a big screen with powerful sound system. Favorite track is actually the last one during the credits. It's a compilation of old concert footage with great low frequency sound! Get carried away cranking this one!! Just about wore out the VHS version of this. They don't tour much in the US so it's a good fix till next time.
続きを読む
6人のお客様がこれが役に立ったと考えています
役に立った
フィードバックを送信中...
フィードバックをお寄せいただきありがとうございます。
申し訳ありませんが、お客様の投票の記録に失敗しました。もう一度試してください。
違反を報告
レビュー を日本語に翻訳する