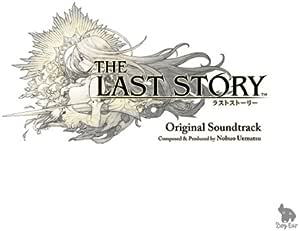 DJS
5つ星のうち5.0 Excellent Soundtrack
2013年10月8日にアメリカ合衆国でレビュー済み
Amazonで購入
Nobuo Uematsu is the master, and this soundtrack adds to his legacy. The first soundtrack I ever imported was for Final Fantasy VI. I loved it so much, that I decided to continue buying them since 1994. Nobuo Uematsu did a wonderful job composing the music for this amazing game for the Wii. I was tempted to buy the 1 disc soundtrack a while back because of the cost. I'm glad I waited a bit, so that the price would go down. If you love the game, then you definitely want to buy this version of the soundtrack. There are multiple remixes which really marks the mood of the game. I especially love the variations of "Invitation to Madness." This 3 disc set is well worth the import price. I have become quite the fan of Dog Ear Records!
続きを読む
1人のお客様がこれが役に立ったと考えています
違反を報告
レビュー を日本語に翻訳する

katanawa55
5つ星のうち5.0 Wondrous Music
2013年5月11日にアメリカ合衆国でレビュー済み
Amazonで購入
The soundtrack in-game was hard to hear at certain points, but I liked what I heard thus far. After listening to the full soundtrack while driving around town, I LOVED it. All of the compositions were well thought out and well planned, with some of the tracks paying homage to the Final Fantasy series. All thanks to the talented Nobuo Uematsu, who provided us with a riveting soundtrack that is a must have for any gamer. Though I loved all of the tracks on the CDs, the one that I liked the most is the main battle theme for The Last Story. It never got old, and it fills you up with lots of energy. Now onto the CDs themselves. They were presented to me in a nice, thick, durable case and the CDs were in great condition. If you are listening to the soundtrack on a laptop, do make sure you have headphones. They make everything sound much better. Well, that's all I've got for now, and I hope that people will buy this soundtrack. They will not be disappointed.
続きを読む
1人のお客様がこれが役に立ったと考えています
違反を報告
レビュー を日本語に翻訳する

shamu
5つ星のうち4.0 Like Final Fantasy
2013年8月30日にアメリカ合衆国でレビュー済み
Amazonで購入
I purchased this game because I knew it was made by the original Final Fantasy creator and composer, Hironobu Sakaguchi and Nobuo Uemtsu. I grew to like the game more as I played it. It was nice to once again hear one of Uematsu's scores, this time with much improved sound quality over the earlier games! There are many points in both the music and the storyline where I sensed common elements with previous games--rather than say it is repetitive, I'll just say that the two creators definitely have a recognizable style. The voice actors are British, which adds a nice touch. There is a lot of humor, and two of the secondary characters often steal the show.
What I disliked quite a bit was playing with the Wii. I really wish that this game had been made for a PS3. The graphics could have been stunning on that system. On the Wii, the graphics were cartoonish and not even up to the standards of the PS2. I'm sure the music, much of it orchestral in nature, would have sounded better on a PS3. I also found the game controls very awkward to use.