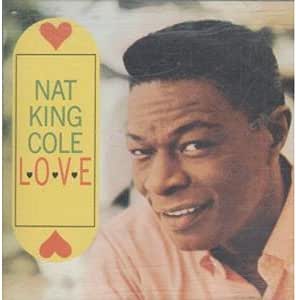 G. W. Dawkins
5つ星のうち5.0 Cole at his Very Best!
2009年4月3日に英国でレビュー済み
形式: CDAmazonで購入
Absolutely this reviewer's very favourite Nat Cole album but sadly his very last. In a break from the many fine albums arranged by Billy May and Nelson Riddle, Cole was laterly paired with the excellent Ralph Carmichael.

Carmichael produced a very different and far more brassy style of arrangement, featuring the excellent high registering trumpet of Bobby Bryant on most of the tracks. As well as hit version of L.O.V.E. the slow but still swinging version of the old Carmen Lombardo song 'Coquette' is a real joy, a comment which also applies to the 'non-bossa nova' version of 'The Girl From Ipanema'.

For whatever reason it seemed to take years for this great album to make it from vinyl onto CD but well worth the wait and a real joy for all fans of Nat Cole not all ready blessed with this album in their collection!

The Quiet Reviewer
5つ星のうち5.0 Fall in Love with "L-O-V-E"
2008年8月7日にアメリカ合衆国でレビュー済み
形式: CDAmazonで購入
"L-O-V-E" may be the single most joyous album Nat King Cole ever recorded. It may not be the deepest examination of love ever put on record, but it is nothing sort of exhilarating to listen to. Most of the tracks are the up-tempo swing he mastered in the late 1950s, and Cole is abetted here by arranger/conductor Ralph Carmichael, who very nearly matches the high level set by Nelson Riddle for vocal arrangements. The album mixes standards from the 1920s and 30s like "Three Little Words" and "Coquette" with then-popular hits like the title track, "More," and "The Girl From Ipanema." There are just enough ballads to keep things from boiling over, and the whole album swings even more than Cole's records with Billy May.

The bonus tracks are a little bizarre: "Marnie" is an attempt to fit a not-too-inspired love lyric to one of Bernard Herrmann's best movie themes, which makes for a disconnect between words and music (especially if you know the film), while two other numbers push Cole towards folk music. But "L-O-V-E" is a great album by a great singer, and is simply a ball to listen to.

B. W. Bordelon
5つ星のうち5.0 Nat is the King!
2013年6月13日にアメリカ合衆国でレビュー済み
形式: CDAmazonで購入
His soft velvety delivery will mellow and calm your tortured soul! My mother was hooked on him in the 50's/60's, and played him constantly. I too became a fan as a child and have grown into a deeper appreciation for his vocal skill and smoothness. His original Christmas album is a seasonal staple in my home, and Christmas just doesn't begin until you hear Nat's "Christmas Song". How fortunate for us he was so prolific in his short years, that we can witness the breth of his talent.
続きを読む
役に立った
フィードバックを送信中...
フィードバックをお寄せいただきありがとうございます。
申し訳ありませんが、お客様の投票の記録に失敗しました。もう一度試してください。
違反を報告
レビュー を日本語に翻訳する

Merilahti Kristiina
5つ星のうち4.0 Beware: there are two different versions of this record!
2012年8月9日にアメリカ合衆国でレビュー済み
形式: CDAmazonで購入
I ordered this record hoping to get the rare bonus tracks, especially Marnie and My true Carrie love. I received a record that looked identical and has some bonus tracks, but not all! The version I got includes these songs (bonus tracks marked with *)
1. L-o-v-e
2. The girl from Ipanema
3. Three little words
4. There's love
5. My kind of girl
6. Thanks to you
7. Your love
8. More
9. Coquette
10. How I'd love to love you
11. Swiss retreat
12. No other heart*
13. Wanderlust*
14. More and more of your amor*

The record is fine as such and Nat King Cole is lovely, but since it's impossible to get songs like Marnie and My true Carrie love without paying at least a 70 dollars (=the price of records being sold at the moment), be sure to get the right version of this record. This is naturally not a problem, if you can download Mp3-tracks, but as long as one cannot do that outside US or UK, the rest of the world must try and get the right CD. Let's hope there will soon come another CD of Cole's rarities. There are already so many cheap records with Mona Lisa, Nature boy and other overplayed hits.