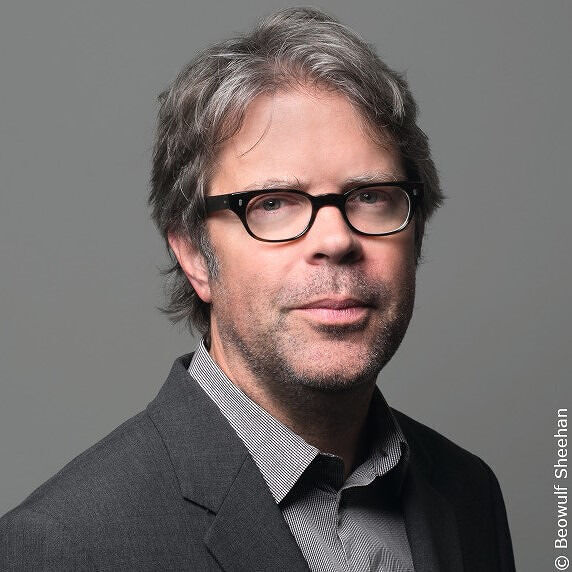 From the reviews of The Kraus Project:

‘Franzen is still saying something important. Also Kraus can be a joy … you can understand why Franzen likes him, and he sees a dearth of such elegance today’ Sunday Times

‘The Kraus Project is tremendously readable and is refreshingly sceptical of the cult of digital cool. Franzen’s prose has an appealing briskness and polemical force, quite different in style from the high burnish of his long, deliberative, multi-layered literary novels … as an exercise in controlled rage and as a celebration of and introduction to Karl Kraus it works just so’ Financial Times

Jonathan Franzen’s work includes four novels (The Twenty-Seventh City, Strong Motion, The Corrections, Freedom), two collections of essays (Farther Away, How To Be Alone), a memoir (The Discomfort Zone), and, most recently, The Kraus Project. He is recognised as one of the best American writers of our age and has won many awards. He lives in New York City and Santa Cruz, California.

Julian Preece
5つ星のうち5.0 great book
2020年4月29日に英国でレビュー済み
Amazonで購入
This is a fascinating book, superbly written, very ambitious. The footnotes are my favourite part and I love the way they take over the text.
続きを読む
違反を報告
レビュー を日本語に翻訳する

Shadowstung
5つ星のうち1.0 Should be renamed "The Franzen Project"... exemplary narcissism!
2016年6月15日にインドでレビュー済み
Amazonで購入
I bought this book because it was, frankly, the cheapest available collection of Karl Kraus' writings; Kraus being a name I've come across while reading Walter Benjamin, Bertolt Brecht and Theodore Adorno. Imagine my shock when I realized that far from being a sincere scholarly effort on the part of Franzen to make Kraus' work affordably available to an Anglophone readership, the book is an act of crass, populist narcissistic parasitism where Franzen uses certain essays by Kraus (inaccessible anyway to those who have no introduction to his thought or to the Zeitgeist of Heine, Nestroy etc) to illustrate his own precious views on contemporary American culture and to wax nostalgic about what He, Franzen, was doing in the 80s when he was first introduced to Kraus' work.
While I've read and loved Franzen's bratpack-brothers Bret Easton Ellis and Chuck Palahniuk, I find Franzen a pretentious slave to the mentality of the university-litterati-critic nexus. If you want to read Kraus, look somewhere else. If you want to read and worship Franzen-worshipping-Franzen, you're welcome to this book.

Entartete Musik
5つ星のうち3.0 Torchbearer or Parasite?
2013年10月15日に英国でレビュー済み
Amazonで購入
Having written 'In Memory of W.B. Yeats' in February 1939, W.H. Auden later penned a rather more cutting response to the Irish Bard.

To get the Last Poems of Yeats,
You need not mug up on dates;
All a reader requires
Is some knowledge of gyres
And the sort of people he hates.

Change a few details here and there and this poetic sally could have been written about another of Auden's touchstones, the Viennese satirist and polemicist Karl Kraus. Kraus was also famous for hating people and expanding upon that hate in his largely incomprehensible journal Die Fackel, published in Vienna between 1899 and 1936. Yet he inspired and inspires significant fans, drawn to his baleful attacks against the greats, including Heinrich Heine, and his support for underdogs, such as Franz Wedekind (or internationally overlooked figures like Johann Nestroy). Jonathan Franzen is the latest in this short line of Kraus advocates who, using his influence within a largely conservative, return-watching book industry, has issued The Kraus Project as his latest tome.

The volume is, in essence, Franzen's translation of four Kraus essays, Heine and the Consequences (1910), Nestroy and Posterity (1912), Afterword to 'Heine and the Consequences' (1911) and Between Two Strains of Life: Final Word (1917) and the brief but chilling poem from the time of Hitler's assent to power, Let No One Ask... (1934). But the really interesting meat of the matter is to be found in Franzen's annotations 'with assistance and additional notes from Paul Reitter and Daniel Kehlmann'. Using Kraus's clever-clever, labyrinthine demolition of the (in Kraus's view) all-too-lionised Heine as a springboard, Franzen seeks to create a bridge between then and now.

The two authors certainly share a penchant for linguistic acid and they constantly fell totems, though Franzen is less thorough in his reasoning. Apple and Amazon are subjects for censure. Kraus was equally dismissive and fearing of the march of technology. But then Franzen promptly rubber stamps Microsoft and Google's presence in his life, based purely on his distrust of the 'coolness' of Apple. Gmail is, for him, convenient. Twitter and Facebook are odious, as is the cosy consumption of cable news. But then he compares Kraus's virtuoso take-downs to a form of early blogging. You're never in doubt about what Kraus thinks. With Franzen, I'm not so sure - particularly when it comes to the tediously over-touted Bob Dylan. Yet, as has been shown within his own career, Franzen's not great in differentiating between the hare and the hounds.

Skipping between the then and the now, The Kraus Project is ultimately just a brilliant excuse for Franzen to reenact the postures of his oh-so-hating hero, all the time supported by Reitter and Kehlmann's cooler, though not unengagingly academic eye on the texts in hand. Yet however amusing, occasionally self-doubting - even, at times, self-knowing - Franzen appears, certainly in comparison to Kraus, the process of reading the book is often wearying, with bloated footnootes swelling over several pages, reducing Kraus's thoughts to mere slivers. And that's if you can stomach the endless pessimism.

On Heine's damning analysis of fellow writer Ludwig Börne, Kraus said that the 'structural backbone of his attack on Börne consists of direct quotations from Börne, and every time he brings Börne out to speak you can detect quite precisely the point at which Börne stops and Heine's own yakking takes over'. The same could be said for Franzen. OK, so he rightly criticises Kraus's vicious anti-Semitism (the self-loathing act of the bright, bourgeois, assimilated Viennese Jew), though does he go far enough? He also frequently points out when Kraus becomes incomprehensible - not, in fact, just the gripe of a struggling translator - but you can't help but feel that Franzen is so in awe of Kraus and his work that he is, in effect, becoming his modern day parrot.

Kraus wouldn't stand for Franzen's repetition of key phrases. He might also have blanched at Franzen's 'beyond all this I had the immeasurably good fortune not only to discover very early what I wanted to do with my life but to have the freedom and the talent to pursue it'. And I'm not quite as convinced as Franzen is of the prescience of Kraus. Rather, reading The Kraus Project, I wondered whether both he and Franzen, as presented here, are strangely loveable parasites of a specific moment, devouring the biggest, juiciest morsels, inflating their own self-worth (and self-doubt), providing witty, beautifully-written, tantalisingly embittered flashcards to redress the optimism and gregariousness of the world around them.

Craig L. Nessan
5つ星のうち5.0 Trenchant Social Analysis: Then and Now
2015年3月4日にアメリカ合衆国でレビュー済み
Amazonで購入
Well- known for brilliantly insightful novels depicting the stressed state of contemporary society (Freedom, The Corrections), Jonathan Franzen here retrieves through translation and commentary the legacy of contrarian journalist Karl Kraus (1874-1936). Kraus, especially through the publication of a literary and political review, Die Fackel (The Torch), offered critical, satirical, and sometimes brutal commentary on fin de siècle Vienna, leading up to the rise of German fascism. Franzen finds in Kraus a fascinating social critic, whose commentary cuts to the chase also for an analysis of our generation.

Franzen first encountered the work of Kraus as an exchange student in Germany and his fascination finally culminated in this book. Four texts by Kraus are reproduced in this volume, both in the German and English translation. The ostensible subjects of the essays are the German author, Heinrich Heine (1797-1856), and Austrian playwright, Johann Nestroy (1801-1862). However, the heart of the matter, both in the originals by Kraus and in the annotations by Franzen, is social criticism then and now. As Kraus lampooned the shallowness of journalism and popular culture at the turn of the 20th century in Vienna, Franzen scrutinizes the foibles of social media, TV news, and what passes today for journalism.

Franzen observes about cable news "the phony coziness that tolerates the grotesque 'expansion' of trivial news, traffics touristically in stories that ought to have no place in public discourse, and makes no tonal distinctions in its blending of serious and meaningless news items" (247). Franzen comments: "Amazon wants a world in which books are either self-published or published by Amazon itself...The work of yakkers and tweeters and braggers, and of people with the money to pay somebody to churn out hundreds of five-star reviews for them, will flourish in that world" (273). Franzen laments "the inherent antagonisms between the ascendant mass media and the (privileged) kind of spirituality/imaginativeness that, as Kraus saw it, makes us human" (277). Such reflections are increasingly astute, given we are the fish lacking perspective to notice the waters in which we are swimming (cf. David Foster Wallace, "This Is Water," Commencement Speech at Kenyon College).