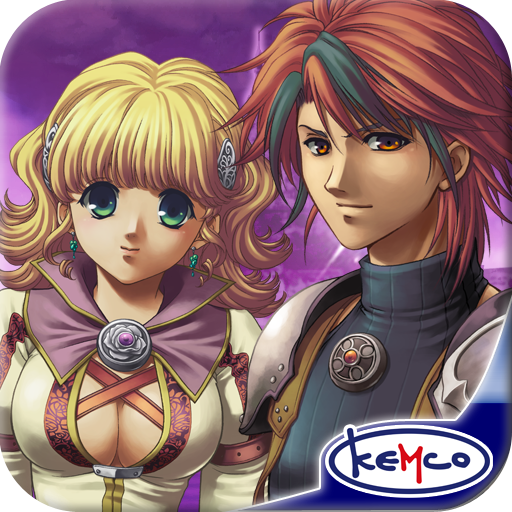 Marcus Coulson
5つ星のうち5.0 Better than the first.
2013年7月24日に英国でレビュー済み
Amazonで購入
The graphics are improved, the spells, New "overdrive" moves. Better over all than the first. The story was good the ending wasn't the best though.
続きを読む
違反を報告
レビュー を日本語に翻訳する

Music Lover
5つ星のうち5.0 Infinitely better than the original!
2014年8月28日にアメリカ合衆国でレビュー済み
Amazonで購入
I played Alphadia and while I really like the storyline, there were a lot of things about the original that I just didn't like at all:

battles were too easy, controls were too "clunky," dungeons were too complicated, and the screen size (I don't know what else to call it) made it incredibly hard to navigate through towns and dungeons.

All of these problems have been corrected in Alphadia 2! The battles are still easy, but not so much that you can just auto your way through all the time. A few dungeons were really hard, but the mini map made it much easier to find my way, and the side quests and guild missions actually add to the overall game experience.

The graphics are much better, as is the battle system. And the story is also top-notch.

I spent 65 hours on this game and completed all the side quests and missions, and got the legendary weapons and armor, and I don't feel like a single minute of that time was wasted on grinding or on stupid quests that led nowhere.

Bottom line: If you liked the story in Alphadia but thought there was a lot of room for improvement, you'll likely be quite satisfied with the changes they made in Alphadia 2. Just be prepared for a LONG game.
続きを読む
違反を報告
レビュー を日本語に翻訳する

Kindle Customer
5つ星のうち5.0 Nice
2020年5月19日にアメリカ合衆国でレビュー済み
Amazonで購入
A fun continuation of an enjoyable experience, I look forward to more like it from kemco
続きを読む
違反を報告
レビュー を日本語に翻訳する

JACK
5つ星のうち4.0 Great RPG for the money
2014年1月11日にアメリカ合衆国でレビュー済み
Amazonで購入
Alphadia2 has pretty much the same game play as the first one. I'm about halfway through and the characters build about the same. Movement from place to place requires going to a port and getting on a ship. So far I have to rely on the captain. Unable to navigate on my own, yet.
続きを読む
違反を報告
レビュー を日本語に翻訳する
すべてのレビューを参照します
トップへ戻る
Amazonについて
Amazonでビジネス
Amazonでのお支払い
ヘルプ＆ガイド
日本語ショッピングのための言語を選択します。 日本ショッピングのための国/地域を選択します。
© 1996-2020, Amazon.com, Inc. or its affiliates