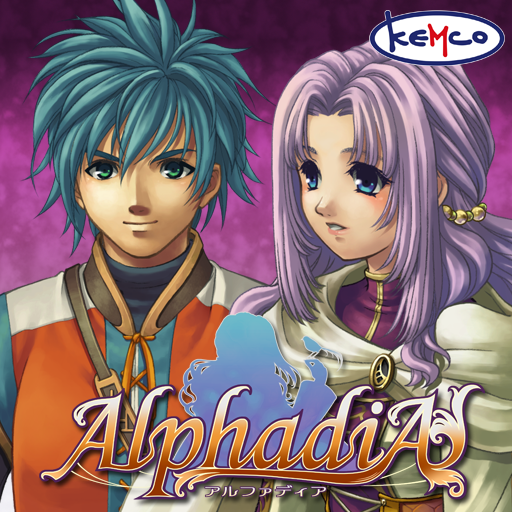 Marcus Coulson
5つ星のうち5.0 a game to pass the time.
2013年6月29日に英国でレビュー済み
Amazonで購入
I brought this game to pass the time on commute but I loved it from start to finish. Battle are a little easy but each spell is fun to see. The story is engaging and kept me in it to the end. Looking forward to the sequel.
続きを読む
違反を報告
レビュー を日本語に翻訳する

Music Lover
5つ星のうち3.0 Fun, but too long, and not enough of a challenge
2014年3月9日にアメリカ合衆国でレビュー済み
Amazonで購入
This is the 3rd Kemco game I've played, and while I enjoyed it, it was way too long and for no good reason. The dungeons were horribly complex (I had to use graph paper to map out some of the dungeons just so I wouldn't get lost), and the battles were far too easy.

The story was pretty good, but after 15 hours or so, I was ready for it to end. I did not particularly enjoy the last 5 hours of having to go through yet another insanely long dungeon, and trying to keep track of where I'd been so as to make sure I wasn't missing anything.

I also don't like random encounters. In Symphony of Eternity and Symphony of the Origin, you can see the monsters (and usually avoid them, if you want.) The one good thing about Alphadia is that after you beat it, you unlock their "cheat mode" and one of the options then is to turn off random encounters when you want to.

This game started out looking to be really promising, but in the end the battles were way too easy and the dungeons were way too complicated. It took me over 20 hours to beat the game, and at that I wound up skipping the quest at the end for "epic weapons," because I just wanted the game to end. If the battles had been harder, I might have been okay with such a long game, but as it is it's just too darn long.
続きを読む
違反を報告
レビュー を日本語に翻訳する

E. Chang
5つ星のうち2.0 not fun.
2015年1月7日にアメリカ合衆国でレビュー済み
Amazonで購入
I played and enjoyed other Kemco RPGs but this one is the least enjoyable one I have played. The fights are way too easy and I have not found a use for spells or items at all. Auto play can easily get you through boss fights, there is no strategy at all. Gold is easy to come by and upgrading weapons and armor almost feel unessasary 10 hours into the game. My biggest issue with the game though are the stupid dungeons that forces you to explore rooms multiple times to find keys to unlock the doors to get to the final chest of each dungeon. Its a nice little time waster if you like RPGs you can just autopilot through, I somehow played this for a full day before realizing how tedious it was getting.

The story and characters is fine, but forgettable among the many other games out there. I paid $1 and I played it for a good while so I don't feel like it was a waste of money but I wouldn't pay more than that and after 10 hours I feel that I have seen enough and won't intend to finish this game.
続きを読む
違反を報告
レビュー を日本語に翻訳する
すべてのレビューを参照します
トップへ戻る
Amazonについて
Amazonでビジネス
Amazonでのお支払い
ヘルプ＆ガイド
日本語ショッピングのための言語を選択します。 日本ショッピングのための国/地域を選択します。
© 1996-2020, Amazon.com, Inc. or its affiliates