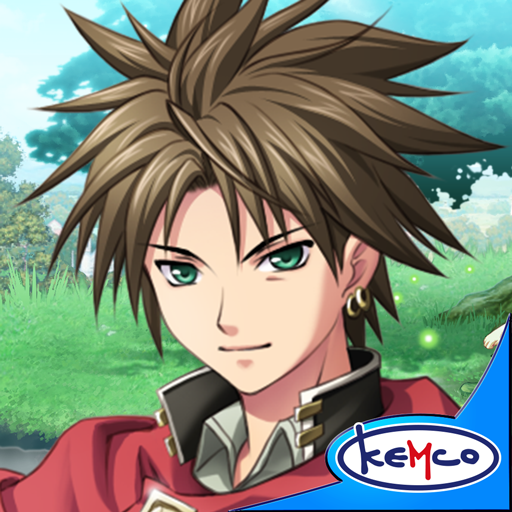 Tonya
5つ星のうち4.0 Great characters, beautiful graphics, decent gameplay
2017年2月20日にアメリカ合衆国でレビュー済み
Amazonで購入
This game was lots of fun to play, especially since the characters and story are endearing. The battles have cool attacks & a trust gauge you can charge up for different effects. The only things that I didn't like were the jewel cubes, the lack of a map, and how the dungeons get repetitive later on in the game.

It was difficult to put the jewels for different magic into the cubes because you can't move them around the cube, you can only rotate them in one area. Without a map, I found myself getting lost sometimes when moving through certain areas. Finally, the dungeons get repetitive later because you end up exploring a deeper part of a temple you were in earlier in the game.

Despite its flaws, I enjoyed the game and hope a sequel will be made.
続きを読む
1人のお客様がこれが役に立ったと考えています
違反を報告
レビュー を日本語に翻訳する

b.donahue
5つ星のうち5.0 awesome
2015年1月7日にアメリカ合衆国でレビュー済み
Amazonで購入
I'm a huge jrpg fan. I buy and play dozens of them. This game stands out for me, there is an abundance of interesting and innovative mechanics and side quests and much more to involve yourself in. The IAPs also don't seem to be too out of hand, and that's a huge bonus in my book.

My suggestion to the devs would be to incorporate half higher priced games that have no iaps. Make something like alphadia genesis but with no iaps, while still releasing your standard basic games with their existing models. There are some games now available with no iaps, so it seems to me that the concept behind it is not lost on you guys. I know I'd pay 10 bucks every time for such a thing. I also think the residual sales you'd accrue would in the end outweigh what people pay in iaps, and you'd develop a deeper brand loyalty from those of us who still play final fantasy games of old.

Anyway, in the vacuums left where squareenix used to be in this very niche market, it might be a valuable concept to consider. I'm unsure if anyone of import will read this message, just wanted to throw my two cents in. Thank you for your continued production of quality, fun games.
続きを読む
6人のお客様がこれが役に立ったと考えています
違反を報告
レビュー を日本語に翻訳する

Ford Madox Prefect
5つ星のうち5.0 Asdivine adventure in a magic world
2017年1月7日にアメリカ合衆国でレビュー済み
Amazonで購入
I've been a fan of Kemco JRPGs since I first tried one. There is a magic to the storytelling in true JRPGs that involves the player in the story while at the same time offers a strategic challenge. The combat system, like some of the best of classic Squaresoft games, offers a lot of different strategic options. As with many Kemco games, there are IAP options, but good roleplaying and some grinding will make most things available through play- certainly enough to enjoy the story. This is the first of the As divine series, and hopefully more of them will show up here.
続きを読む
1人のお客様がこれが役に立ったと考えています
違反を報告
レビュー を日本語に翻訳する

Brian Cornwell
5つ星のうち5.0 Pretty good so far
2015年6月28日にアメリカ合衆国でレビュー済み
Amazonで購入
I enjoy jrpgs. Something about turn based battles that I can literally play over and over with a slightly different battle/leveling/equip/story than the last one. This game seems great so far. I was promoted in game for a chance to write a review and so I did. I often forget to write reviews so that is a good option. I feel like one at the end of the game makes more sense. After credits, prompt to write a review. I feel like that would offer a more comprehensive description opportunity. Everything in this game seems pretty good. The monsters are neither too easy or too hard. Once you grind a little in an area, the monsters don't offer much of a reward, prompting you to proceed in the game. I think that is good but not necessarily novel concept. Then again, I personally don't really need novel concepts in games like this to really enjoy them. The dialogue is humorous and so far not stale or lengthy. The jewel synthesizing is a little confusing/non existent at the point I'm at (not really far). I feel like that will become more of a thing later in the game. I dig the Rubix system so you may customize your characters. All in all seems pretty solid game so far.
続きを読む
1人のお客様がこれが役に立ったと考えています
違反を報告
レビュー を日本語に翻訳する
すべてのレビューを参照します
トップへ戻る
Amazonについて
Amazonでビジネス
Amazonでのお支払い
ヘルプ＆ガイド
日本語ショッピングのための言語を選択します。 日本ショッピングのための国/地域を選択します。
© 1996-2020, Amazon.com, Inc. or its affiliates