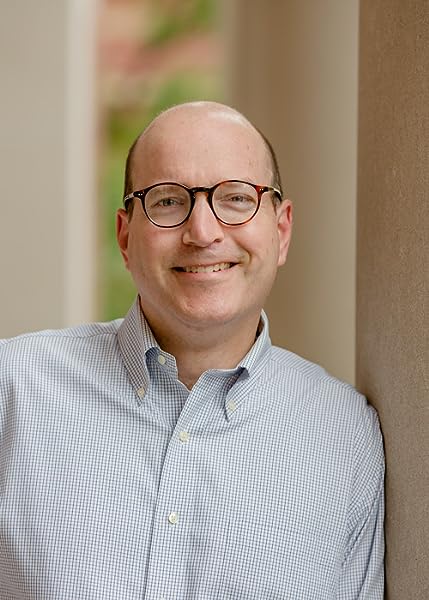 Kodansha's widely acclaimed Kanji Learner's Course (KLC) is a complete guide to mastering all the kanji needed for genuine literacy in Japanese. It anchors a comprehensive kanji learning system, supported by the KLC Graded Reading Sets, the KLC Green Book, the KLC Wall Chart, and keystojapanese.com (a user-support website for forming study groups, exchanging tips, and tracking one's learning progress with points and level ranks). The KLC is also cross-referenced for convenient use with Kodansha's companion volume, the Kanji Learner's Dictionary.

(1) Accurate keywords. Each character's core meaning is encapsulated in a concise, easily memorized keyword. The keywords for all 2,300 entries have been carefully chosen to be semantically accurate and to integrate the character's various senses into a core idea.

(2) Vocabulary to illustrate the keywords. The concept captured in each keyword is illustrated with up to five sample vocabulary items, carefully selected to clarify how the kanji is used in building typical words and phrases.

(3) Mnemonic aids for remembering the keywords. Each entry contains an original mnemonic aid that is carefully designed to help learners remember the character's core meanings. Mnemonic aids pay special attention to helping learners immediately recognize each kanji and distinguish it from lookalikes.

A SELF-GUIDING, SELF-REINFORCING COURSE
The course arranges all the information needed to master 2,300 characters into a streamlined, self-guiding, and mnemonically self-reinforcing curriculum. Sample compounds include only such kanji as have previously been learned, ensuring that learners are able to understand and use each compound, and providing a built-in review of all the kanji already studied.

THE ULTIMATE KANJI LEARNING RESOURCE
* Provides a sophisticated, pedagogically sound method for remembering the core meaning of each kanji, conveniently summarized in concise keywords to facilitate memorization.
* Introduces the meaning and usage of each grapheme the first time it appears, helping learners seamlessly acquire new kanji based on a sound understanding of their component parts.
* Innovatively uses concrete imagery to simplify complex characters and make their meanings immediately recognizable in their graphical forms.
* Teaches characters in a pedagogically effective sequence, presenting graphically related characters together to help learners give significance to their contrastive features as they learn them, and thereby avoid having to re-learn them later.
* Helps learners actively apply each character's principal meanings and readings using key vocabulary words, carefully chosen to illustrate the character's uses and to help learners employ it in everyday reading and written communication.
* Helps learners differentiate among graphically similar kanji by showing how to remember the characters in a mutually contrastive manner that connects their graphical distinctions to their underlying semantic differences. Along the way, the course introduces nearly 800 pairs of easily confused kanji.
* Helps students learn to write kanji accurately, by indicating each kanji's stroke order and placing careful emphasis on distinctions among graphically similar characters.
* Includes all the kanji needed for genuine literacy in Japanese, including all 196 characters added to the official Joyo Kanji List in 2010.

Andrew Scott Conning is a doctoral candidate and Presidential Fellow at the Harvard School of Education. He received a bachelor’s degree in languages from Georgetown University and a master’s degree in social anthropology from the Escuela National de Antropologia e Historia (Mexico). He has been active in Japan as a lecturer and university administrator, and most recently as a research scholar at the University of Tokyo.

Okyakusama
5つ星のうち5.0 Absolute best way to learn kanji
2017年11月28日
形式: ペーパーバックAmazonで購入
I spent nearly five years "trying" to learn kanji, while living in Japan, and I just couldn't do it. This book literally changed my life. We'll avoid discussing my learning pace, but I can say this book provides the absolute best way to actually learn and remember kanji. If you read it carefully from the first page, and follow the author's instructions on "how to study", I can guarantee you will not only learn, but also remember them well. The "4 kanji per page" style is fantastic, as it sets a virtual pace for you to follow (ex: 4 per day). Each kanji provides a reference to similar-looking kanji, so at no point will you skip one thinking "oh, I learned this already". The author takes time to explain subtle differences between similar kanji, which is really helpful when everything starts looking the same.

One small point that wasn't mentioned by others, are the appendixes at the back of the book. They contain lists of kanji sorted in different ways (sorted by radical, sorted by stroke count, sorted by kana/sound, etc).. this makes looking up a kanji much easier, and it also allows you to see them surrounded by other kanji with identical sounds, or identical stroke count. Honestly the individual kanji pages would normally be sufficient, but the effort put into the appendixes/indexes at the end of the book (which span nearly a hundred pages) makes this book invaluable for anyone who's serious about learning kanji. The learning order is exactly the right way they should be learned, and the author deserves much praise for having designed it that way.

Amazon Customer
5つ星のうち5.0 The Perfect Book for a Dedicated Person Looking to Learn Kanji
2017年8月29日
形式: ペーパーバックAmazonで購入
I used this book to improve my knowledge of kanji over the few hundred that I already knew before starting. I used it over the course of some months to get to a place where I can comfortably read just about any kanji I come across and at least know how to read it, if not guess at the meaning. The mnemonics are fantastically well-thought out and, though the aim of this book is to improve reading comprehension, I found it easy to use the mnemonics to teach myself to write all the kanji in the book as well. Using space-repetition software to review the information in the book, within a relatively short time I was able to feel like I finally was able to overcome the kanji-barrier and start reading books in Japanese.

I can't recommend this book enough. It has turned into the cornerstone of my Japanese self-study.

Amazon Customer
5つ星のうち5.0 Fantastic book
2018年7月15日
形式: ペーパーバックAmazonで購入
If you're starting out with kanji you've probably heard of a lot of popular books for just that, but this is without a doubt the best one. Here's a few key points why you should buy this;

1. The kanji are listed logically so that similar looking kanji are learned at the same time. This prevents confusion later since you won't come across kanji that look like ones you already learned.

2. The book doesn't introduce new graphemes and radicals at lightning speed. It introduces them gradually so you can construct kanji from images you know rather than having to constantly remember new ones.

3. Every kanji has its own unique, well-written mnemonic to ensure you remember the meaning.

4. Unlike some other books, this one will teach you Japanese vocabulary and pronunciation alongside the kanji.

In short, if you're serious about kanji, this is the book that will get you to a strong level. Completing the book in its entirety will enable you to understand the core 2300 kanji as well as over 10 000 unique Japanese words.