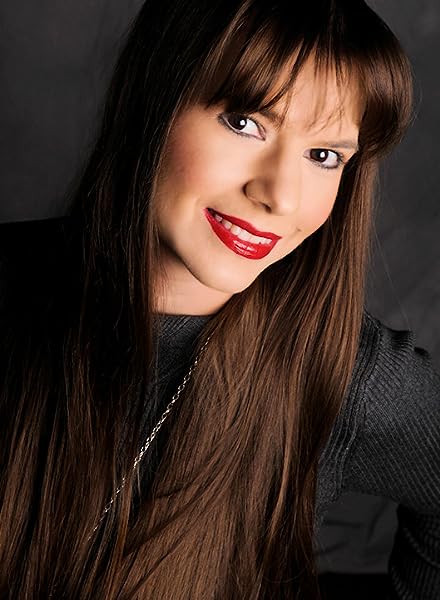 “Absolutely stupendous! Ms. Hyatt has penned a fabulous tale with exciting adventure, dangerous intrigue, and steamy love scenes. Everything you want in a historical, you will find in A Knight of Passion. Never a dull moment, this story will keep you ensnared from the beginning, with the animated action of daring swordfights, engaging dialogue, and scorching sex scenes. Ms. Hyatt has left nothing out of this extraordinary tale. For all you historical lovers, this is a must read.”
Coffee Time Romance

"Absolutely stupendous! Ms. Hyatt has penned a fabulous tale with exciting adventure, dangerous intrigue, and steamy love scenes. Everything you want in a historical, you will find in A Knight of Passion. Never a dull moment, this story will keep you ensnared from the beginning, with the animated action of daring swordfights, engaging dialogue, and scorching sex scenes. Ms. Hyatt has left nothing out of this extraordinary tale. For all you historical lovers, this is a must read."
Coffee Time Romance

."..intriguing plot, terrific characters, and the sense that you've been transported back in time. A Knight of Passion is a poignant tale on so many levels. ...A Knight of Passion had me up in the middle of the night, because once I started reading I just couldn't put it down. Everything is not as it seems with this book and readers will be compelled to find out what happens next for Reynard and Rianna. Ms. Hyatt's writing style is excellent and ensures I will be reading anything with her name on it!"
Fallen Angel Reviews

Born in North York, Ontario, Ingela F. Hyatt has lived with her family on the West Coast of Canada, in beautiful British Columbia, for the last 23 years. For Ingela writing is a passion that drives her to write the next story buzzing around her head, becoming thoroughly immersed in the worlds and characters she creates. Since adolescence European history has fascinated her, prompting Ingela to acquire and study a vast library on the past cultures on the British Isles and France. At the age of 14 Ingela began reading historical romance novels and has amassed an extensive collection of authors. With her love of history and writing, it was a natural progression to create her own tales. After seven years, nine manuscripts, and 128 rejections, Ingela finally sold her first book and signed a contract with Samhain Publishing in February 2006. The futures so bright, she feels she now has to wear shades.

To learn more about Ingela and her books, check out her website: www.ingelahyatt.com or her blog: http://blog.ingelahyatt.com.
You can also sign up for her newsletter to receive excerpts, contests and breaking news at: http://groups.yahoo.com/group/ingelahyatt/.

L. J. Engelke
5つ星のうち4.0 A Fantastic Historical Romance!
2011年8月29日にアメリカ合衆国でレビュー済み
Amazonで購入
Lord Reynard Devin de Fauconer makes a daring escape from his prison one night with the help of Lady Rianna de Termonde. Rather than give her a simple `thank you' he kidnaps her, for reasons he refuses to fully explore, while making his great escape. What she doesn't realize is the man that whisks her away is actually her betrothed. Rianna thinks she is engaged to Reynard's cousin who mischievously claimed Reynard's title and identity while he was away. Though they feel an undeniable attraction to one another, Rianna has pledged her loyalty to the man she believes is her future husband, and Reynard is loath to tell her for fear of scaring her away. Now they just have to discover if a Knight's passion will conquer love and evil to save the day.

A sensual and intimate tale, A Knight's Passion is a great historical romance novel with plenty of passion. It's a worthwhile journey following two delightful characters that cannot deny the call of passion or the power of love. The story contains intelligent dialogue, sparkling description and classic characters. If you are looking for that satisfying historical read spiced with plenty of lust, desire and topped off with a splash of romance, A Knight's Passion is the book for you.

This novel contains a fairly large cast of characters, but mainly focus on the journey of Reynard and Rianna. I do adore `cabin romances' where the hero and heroine are basically stuck with each other throughout must of the story. That was the case with this novel and Hyatt does not disappoint in this setting. Rianna and Reynard are on a journey together which leaves many wonderful moments in which they get to know each other better.

Reynard is the confident warrior every young girl swoons for. He is strong, controlled yet unable to conquer the passion he feels for Rianna. In the beginning he was unsure of what he should do about his feelings towards his betrothed, but near the end his overwhelming emotional feelings for her are what leave you breathless. If you are like me, you love the warriors that will conquer heaven or hell in order to rush to the side of the woman they love. Reynard fits that description perfectly. He is all Rianna could ask for an more.

I really grew quiet fond of Rianna. I don't want to say she was a weakling, but she wasn't a overtly strong and confident heroine. She was fairly young and completely innocent but I really admired her personality and loyalty. As her desire for Reynard, or Devlin as she knew him, grows the more guilt and disgust she feels for herself. She was an honest and fresh character that Reynard would be a fool not to fall in love with. Yet as the novel progressed, she gained more of her own voice and determination. If there is any character which grew the most through this experience, it was Rianna.

There was very little I didn't like about A Knight's Passion, but there were some minor things. Sometimes the description of the sexual tension between the two characters was a little redundant. Instead, I would have like to learn just a little bit more about the characters...maybe a little more of the great dialogue. But that was a small, small problem compared to the overall wonderful story that was told by Hyatt.

The last portion of the book is what really pulled me in. Once you get to the climax of the story, the journey from that point on until the ending is truly entertaining. At that point you cannot put this book down. I also enjoyed how the romance came into play very strongly in this part of the novel. Their desire to see one another again is what left butterflies in my stomach and gasping for breath. Rianna and Reynard are like two magnets, their attraction pulls them back together no matter what separates them.

A Knight's Passion has a happy and stunning conclusion for most characters. It is my hope that a certain character, and newly discovered relation for one of the characters, will get his own novel somewhere down the road. Otherwise, simply put, do not miss this novel. Hyatt creates a wonderful world and lively characters that are sure to capture your interest. A Knight's Passion is sexy, entertaining, and a delightful read.

Lisa @ Once Upon A Chapter

Melissa
5つ星のうち2.0 Hero needs to find a better heroine
2008年5月17日にアメリカ合衆国でレビュー済み
Amazonで購入
A Knight of Passion has a good hero but a rather boring and irritating heroine. Hero, Reynard Devin de Fauconer, has been imprisoned by his cousin Garron. The two look very similar so most of the castle is unaware of the switch. Garron is not necessarily an evil man but a trusting and hurting one. His beloved was murdered and raped and both Garron and Reynard blame themselves for her death. Garron only imprisoned his cousin when his close friend encouraged him to kill Reynard and take his cousin's place permanently.

Reynard has been betrothed to Lady Rianna de Termonde for years. Rianna goes to Reynard's castle unaware there has been a switch. Through small flashbacks the reader understands that Rianna helped Reynard escape and she became his hostage after he fled the castle dungeon. There is not a lot of details as to why Rianna helped him, she had no clue he was the rightful baron.

The two are on their way to King Stephen so Reynard can petition to get his lands returned and reveal the deception. Rianna is furious with Reynard for kidnapping her. She acts contrary most of the time and is incredibly foolish by running off no less than three times hoping to escape. She does this however, at night when she has no supplies and no idea where she is going.

Reynard fell quickly in love with Rianna but as to why I am unsure. Maybe it was her beauty because there were not moments in the story to reveal a kind, sensitive individual. She was very prideful and stubborn, also not very smart as she manages to get herself into scrapes several times due to her own impulsiveness.

Of course a major confrontation is brewing on many levels. What will happen when Reynard tells Rianna who he is and what will occur when he finally meets his cousin again? Also there are knights in pursuit of Reynard and Rianna.

The better story in this novel is Garron's. He is complex, more so than Reynard and I always felt there was a deeper story to his background. I hope the author writes a sequel starring this scene stealer.
続きを読む
違反を報告
レビュー を日本語に翻訳する
すべてのレビューを参照します
Amazonプライム会員ならお急ぎ便、日時指定便が使い放題
さらに、映画もTV番組も見放題。200万曲が聴き放題 。クラウドに好きなだけ写真も保存可能。
> プライムを無料で試す