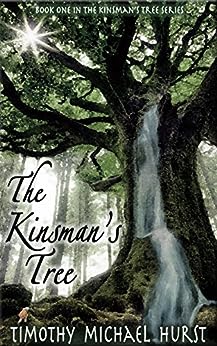 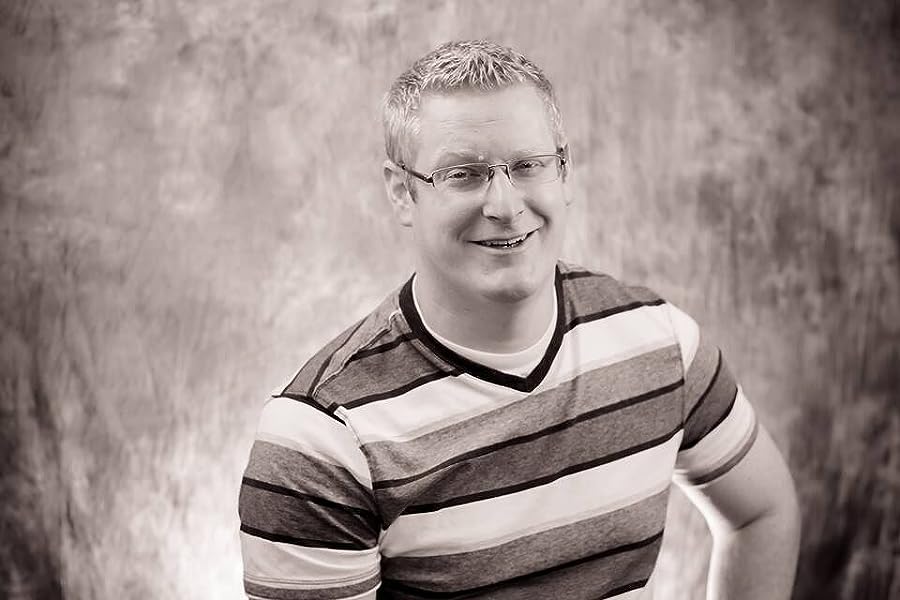 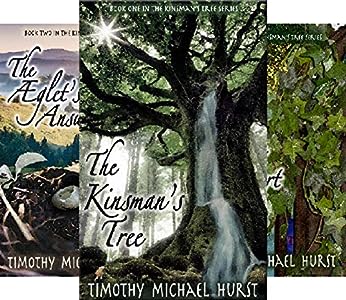 Perspective by Peter
5つ星のうち4.0 A Very Impressive Debut Novel. Excellent Fantasy World Building with Biblical Themes. A Very Promising Talent.
2017年7月9日にアメリカ合衆国でレビュー済み
Amazonで購入
Every new author hopes that their debut novel will be well accepted. They also hope that most readers will respond with positive reviews and affirmation.

After reading The Kinsman's Tree, Hurst deserves this affirmation and a positive review.

This is a very good debut novel. Hurst has all the basics here that establish this and ones that he can build on to become an even better author.

The first thing that impressed me was his writing. He has a very competent command of the English language. I found that this lent itself well in his depiction of the world of Endego where the Etom lived. This is further shown in the relationships between the characters and especially those of Nida and Nat. This style allowed me to picture an old fashioned type of world and one that I felt very comfortable in.

The second thing that impressed me was his charactersation. I became very much endeared to Nida and Nat, Shoym, Dempsey, Rae, and others. Hurst has developed them to be relational. This is one element that keeps you coming back for more. I loved the motherly figure of Nida and her inventiveness and practicality. I loved the cuteness, strength, and respectfulness of Nat. The girl-next-door attributes of Rae and the honest and pure friendship between these two. The grandfather-like figure of Shoym and respected leader, the uncle type figure of Demsey and suitor for Nida.

The third thing that impressed me was the world building. In any novel, this is an important foundation if the reader is going to be transported to this world, believe in it, and want to stay in it for the duration of the novel. Hurst is very good at this. I was able to imagine this world, as mentioned previously, an old-fashioned world. I can picture the life, the customs, the culture. Hurst has names for the gender of the Etom, even for the more chivalrous and noble Etom. He has described the Etom well in their various characteristics. Undergirding all this is the allegory from the Bible of Genesis, the Fall of Man and the Etom's Old Testament type faith and the associated spiritual themes that tie it all together.

My only concern was the novel's pace during the first half. This suffers from some disjointedness. Several chapters establish the environment, characters and plot concerning the Etom. This engages you and you become part of the plot and enjoy it. Then it launches into the world of the human conflict between the armies of Muk-Mudon and Parac. I found this section too long and too detailed. It does make for a great story on its own though. The length disengaged me from the plot of the Etom and I felt like I was reading another novel inside this one. However, this section does show the strength of Hurst's writing and the detail he can include. He has mastered one aspect that most novelists struggle with and that is how to write effective fight scenes. This human war seemed too long to show how the armies of Parac and Muk-Mudon became enslaved as demonic entities known as Nihúkolem in the Empire of Chōl. Despite the spiritual allegory of Genesis, the fall of man and Satan's rebellion being interwoven into the plot of the Etom and this human war, I did wonder how Hurst was going to tie this plot line with the Etom plot line. Again, this lengthy depiction of the human war obstructed me here.

However, it is at the halfway mark that Hurst establishes this connection. The above spiritual themes become stronger and more explanation given through the ministry of The Eben'kayah. This Etom group are believers of Lord Elyon and exist as a resistance movement of sorts (or underground church) whose quest is to find the Kinsman who is prophesied to be sent by Lord Elyon to save them from the Stain (a physical sign of sin?) and the Empire of Chōl. Here the plot takes off and everything Hurst has established in this first half comes into its own. This second half sets the scene for the cliffhanger ending and what is to take place in the subsequent novels.

Spiritually, this novel reflects Hurst's reason for writing that he displays at the end of the novel,

"I am a writer who believes that the life lived best is lived in service to God and that only under the guidance and power of the Holy Spirit one might produce a worthwhile work. I see to craft entertaining, enriching, and inspiring tales that glorify the Lord in confidence that the Holy Spirit will use them to change lives and draw people closer to Jesus Christ.

In simply offering myself in surrender to the Spirit, I have discovered the satisfaction of worshipping the Lord as an instrument of the writing process. I believe my experience be confirmation of God's calling on my life and pray that each and every person is as deeply transformed in reading these stories as I was in writing them. To Him alone be the glory, for I am author or naught."

The faith that the Etom live out reminds me of the Old Testament believers who knew in their hearts that there was a one and only God and who are waiting for their Messiah as prophesied in the Bible. Just like the Old Testament, Hurst has angelic visitations. In the world of the Etom, these only appear to Nat from the angel known as Asteri. I am pleased that Hurst has adhered to the Biblical depiction of angels as Messengers and who offer assistance where necessary and only from instruction from God. At first, I wondered why Hurst only portrayed these angelic visitations to one character, but then remembered that the premise of this series is that Nat and Nida are the ones that seek to destroy the power of the Empire of Chol and seek the Kinsman to do this. I did wonder why Hurst depicted Nat keeping these visitations to himself as he was not the only believer or character in this quest. I was expecting him to at least tell his mother, Nida, or at the most Shoym, or The Eben'kayah.

I appreciated the instances where dire circumstances did not force the Etom to pray as a last resort but as their foremost action. In some other novels, I have read, it frustrates me that the character(s) who have faith in God do everything in their own strength first, and when this either does not work or has very limited effect, they then resort to praying. This sends the wrong message to the reader no matter whether a relationship with God exists or not. Showing the Etom seek God first in situations like this is biblical to a point, not only should Christians do this, but in all things, not just when circumstances become dire. However, this is a good move on Hurst's part to portray this. Not only is he adhering to a Biblical principle and practice, but it also adds some great tension and action in the plot while showing the power of prayer, and the Sovereignty of God (Elyon). Dare I say that this reflects how he lives his life? Authors are encouraged to write what they know where it is appropriate, so I pray this is an example of such.

I also appreciated the work of the Spirit in the members of the Eben'kaya, notably, Shoym. This was especially evident in Nat, Rae and Rosco being new members to this underground church. When Nat and Rae, their parents, Kehren and Tram became members of this "underground church" it was noted by Nida, and others, how they have changed for the better. One such example is how Nat and Rae approached Rosco with acceptance and forgiveness of Rosco's bullying behaviour towards them. This culminated in them risking their lives for him while attempting to have him join them in their exodus from Endego to escape the coming destruction of the Nihúkolem. And even Rosco showed a positive change after being with the members of The Eben'kayah and hearing its teachings. It seems the demonic influence of Rosco's parents did not affect the change in him once he came under the spiritual covering of Lord Elyon through being influenced by the ministry of The Eben'kayah.

I do look forward to the expanding of this spiritual side in the sequels. especially with the introduction of the Kinsman. I can see great scope here for this series. Should give Hurst a great opportunity to shine as a novelist and develop his talent further.

I loved the cliffhanger ending so full of spiritual imagery that suggests the next instalment will be one where the reader hits the ground running.

Green Fire
5つ星のうち5.0 The Kinsman Tree
2019年2月5日にアメリカ合衆国でレビュー済み
Amazonで購入
This book was an absolute joy! I loved it. Hurst does a fantastic job weaving an epic novel with our tiny characters. His attention to detail, his painting with words, even the way he describes the battle scenes unfold like a movie.

One of the things that struck me about this story was the emphasis on Nida and her son. I felt like this was a fantasy novel for single moms. Though Nida is three inches tall, she had to care for her son for a long time with no help. I loved that this book showed the strength of single moms and the very real bond that comes with loving your children. She was a wonderful mom at that.

I loved the origins of this world and can't wait to delve into move.
続きを読む
2人のお客様がこれが役に立ったと考えています
違反を報告
レビュー を日本語に翻訳する

C. A. Hurst
5つ星のうち4.0 "The Kinsman's Tree" is a good yarn.
2017年7月6日にアメリカ合衆国でレビュー済み
Amazonで購入
Well, I guess I better start off with a disclaimer. Tim is my son. That being said, I've always been a voracious reader, so I'm still a tough critic.

"The Kinsman's Tree" is a good yarn. I like the plot, I like the story line, and I like the character development. Tim has done a really good job of creating a believable alternative world populated with an engaging cast. There are a couple of places where he could tighten things up to keep the story moving along, but overall, this is an excellent effort for his first time out. I'm gonna give "The Kinsman's Tree" 4 1/2 stars. (Amazon wouldn't let me add the other half-a-star.)