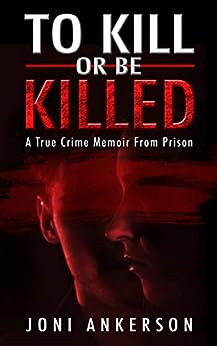 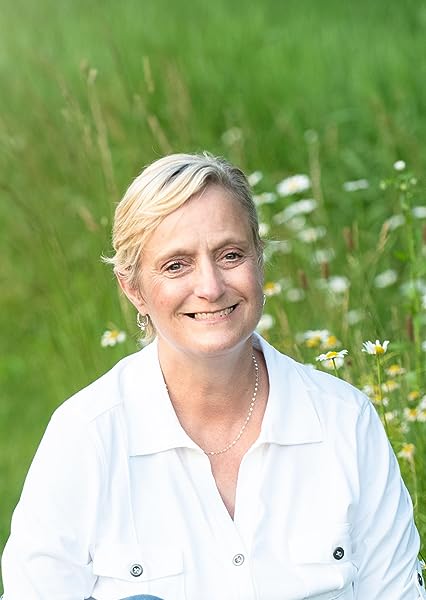 To Kill or Be Killed: A True Crime Memoir From Prison (English Edition) Kindle版

Nina E.
5つ星のうち5.0 A Well-Written Story of Survival
2020年8月16日にアメリカ合衆国でレビュー済み
Amazonで購入
As a woman who was in an abusive relationship for over a decade, parts of Joni’s story were very hard for me to read. That being said, I thought she did an excellent job of portraying the feelings of hopelessness and of being a prisoner with no way out. I, also, was raised in a wonderful family with no history of abuse, and found myself in disbelief that I was the woman hiding in a closet just to have a moment to myself away from the “talking at me” and constant anger, emotional manipulation and mental blackmail.

My heart broke for Joni and the complete degradation and breaking of her spirit that her abuser put her through. No human being should ever be made to endure such abuse, and no human being should EVER treat anyone the way that she was treated. I almost found myself wishing that her story had ended with him in federal prison, as a police officer, so he could experience some of the abuse that he put her through. But I truly believe that if she hadn’t killed him, he would have eventually killed her. What she did was save herself, and that is self-defense.

Sharing her story, her FULL story, with all the gory details, must make Joni feel very exposed and vulnerable, and for that I think she is an incredibly strong and brave woman. People are very quick to judge, and find it very easy to say “Well, she should have done... this”, or “I would have done... that.” The truth is, you don’t know what anyone else goes through, though some of us have a better understanding than others. And you don’t know how you will react until it actually becomes your life.

I hope that as you read this book, you put away judgement and bias, and ask yourself “Could I have told this story?” I believe that most of us would not be brave enough to leave ourselves so wide open, not only to the world at large, but especially to our family and friends. For some reason, woman seem to carry the burden of shame when they have been abused. I, too, have carried that. But it is the ABUSER who should carry all the shame, and it is the woman who is finally able to leave that should stand tall and be proud because she was able to say “Enough!”

My thoughts and prayers go out to Joni at this time. Writing is hard, hard work, and I think the joy of having completed it and having it published, can also come with another side. Now that she is done, and it’s all out there, she will be receiving criticism and judgement. She will be feeling exposed. She will need a different kind of strength to get through this period of highs and lows, when all the world feels they deserve to give her their opinion on her life. I pray that God walks with her as she goes through this next part of her journey. And I pray that any women out there who are experiencing warning signals in their own relationships, can heed the signs Joni has shown us, and make good choices for themselves.

May the Lord bless and keep you, Joni, and give you his comfort and peace.

P.S. I would love to read the sequel of her experience in a Federal Woman’s Prison, and the survival and ultimate healing that she experienced there!

Lil Miss from Michigan
5つ星のうち5.0 Sad, but inspirational as well
2020年8月16日にアメリカ合衆国でレビュー済み
Amazonで購入
I had a very difficult time reading much of this book. Joni goes into detail about the abuse she suffered at the hands of her husband and, although it was not physical, it hit me very hard and struck a raw nerve for me way deep down inside.

She endured EXTREME mental, emotional, and sexual abuse at the hands of her husband until she saw no other choice. It was going to be either her life or his. And she did what she felt was the only thing she COULD do after trying for many, many years to endure, and several times to leave. She also knew that if she stayed she may end up taking her OWN life, as he'd driven her to try that several times also.

I'm not sure why my reaction to reading about sexual abuse is so strong, but it always is. Even when watching scenes in movies, my feelings are very visceral. Sometimes I wonder if I've blocked out something that happened to me, because I have this irrational fear that something like that will some day. But reading this book was so difficult for me in THAT regard that I couldn't read those scenes in one sitting. I had to take breaks and almost MAKE myself read them. I'm not sure if that's because of ME, or bc she wrote it so well.

So, fair warning, the scenes can be graphic - even though I'm almost positive she toned them WAY down.

There was one scene that brought me to tears. The scene with the daughter and her wedding veil. If you read the book (which I do recommend) watch for that scene where sure asks her mom to help her cut it. It's a VERY emotional & highly indicative scene showing how he was with his children.

Who should read this book? Basically, people who are interested in why women don't leave abusive relationships, or those who can't quite call what they're going through "abusive" even though they know deep down that it is.

Joni didn't allow herself to call it abuse for a long, long time. Finally, once she allowed herself to see it for what it was, she was shocked that she let her formerly strong, independent, opinionated self change so much...and to find her way back.

I only wish the story would have continued a bit as I'm aware of what happened to her past where the book ends and am curious as to her future.
続きを読む
10人のお客様がこれが役に立ったと考えています
違反を報告
レビュー を日本語に翻訳する

booklover
5つ星のうち5.0 Textbook Case of Domestic Violence
2020年8月14日にアメリカ合衆国でレビュー済み
Amazonで購入
Many thanks to the author / Wildblue Press for the digital copy of this true crime. Read and reviewed voluntarily, opinions expressed here are unbiased and entirely my own.

This is the author's story about domestic violence, resilience, reckoning and survival.

Married and divorced twice Joni fell for a Michigan State Police Officer. He was just what she was looking for in a man. He was a powerful man who had chosen a profession in order to serve and protect. He was friendly, caring, a complete opposite of men who had shared her llfe previously.

Joni spent 12 years enduring the worst nightmare ... he husband was controlling,manipulative, sadistic, and threatening. The first thing he did was mover her far away from family and friends. He took away her phone, her credit card, her money. He wanted her to spend all her time taking care of him. The longer they were married, the more violent he became.

This is her detailed account of the abuse she suffered and the result of that abuse. It's an emotional read leaving one to ask .. how did she manage to take it for so long? I thought about her long after the lights were out. I felt her fear, her hurt. I sincerely hope she has found peace in her life and the healing continues.
続きを読む
9人のお客様がこれが役に立ったと考えています
違反を報告
レビュー を日本語に翻訳する

BHarris
5つ星のうち5.0 A hero by no other name, Joni!
2020年8月16日にアメリカ合衆国でレビュー済み
Amazonで購入
I could not put this book down. I read this book in record timing as the words jumped off the pages and tears streamed down my face. My heart aches so much for Joni and has so much hatred for that SOB. Joni’s Will to fight and true heroism is undeniable. I truly hope this book finds the right hands and helps others in her situation know they are not alone and there is a way out. #endabuse
続きを読む
10人のお客様がこれが役に立ったと考えています
違反を報告
レビュー を日本語に翻訳する

Astrida M
5つ星のうち5.0 Needs X rating for graphic sex abuse scenes
2020年9月11日にアメリカ合衆国でレビュー済み
Amazonで購入
This was not an easy book to read. I put it down many times. I completely agree with Joni's decision to end her miserable, abusive and inhumane marriage to her monster husband. She didn't need prison, she needed psychological help with getting her life back together. I hope she is released very soon. Her book is very well written, shocking and disturbing, and hopefully reaches other abused women who need strength to escape an impossible situation. This book should be used in college psych classes as a teaching tool.
続きを読む
5人のお客様がこれが役に立ったと考えています
違反を報告
レビュー を日本語に翻訳する
すべてのレビューを参照します
トップへ戻る
Amazonについて
Amazonでビジネス
Amazonでのお支払い
ヘルプ＆ガイド
日本語ショッピングのための言語を選択します。 日本ショッピングのための国/地域を選択します。
© 1996-2020, Amazon.com, Inc. or its affiliates