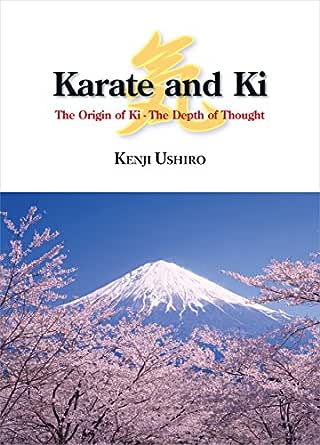 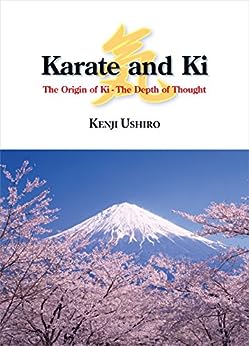 Karate and Ki: The Origin of Ki - The Depth of Thought (English Edition) Kindle版

● I think it is very important to see what is invisible. I take to heart Ushiro sensei's words: "The more humble you become, the more you see. Humility and self-sacrifice set your body and mind free. In this way, you will be able to read the mind of others. Then you can forgive people. That is where you can "enter the opponent" through your heart. (Hiroshima, Japan Female (36))

● Thank you very much for publishing such a wonderful book! Karate and Ki is not to be read. Its energy is to be felt with your whole body. It is incredible that just a book has such enormous power. I am full of "can-do" spirit. (Fukushima, Male (30))

● I've been reading all sorts of books on Ki. Karate and Ki is totally different from any other publication. I think Ushiro Sensei revolutionizes the method of opening human potential ability. (Hyogo, Japan, Male (50), Teacher)

● I came home past mid night and found Karate and Ki in the mailbox. Although I was going to wait until the weekend to read it, I began flipping through pages. I was caught up in Chapter 2 by Zaha Sensei and Ushiro Sensei's words. When I closed the book, the sun was rising. The next day, I felt that I looked at the world differently. Thank you very much for publishing such an incredible book. (Tokyo, Male (30))

● From both the text and photographs, I felt I could know Ushiro Sensei's stern and loving personality. His students thunderstruck faces show what Ushiro Sensei is capable of. Ushiro Sensei's book is something you can learn many things from by just one look. On the other hand, every time I read, I find it is new and my comprehension gets deeper. (Chiba, Japan, Male(29)) --Aiki News Website

● Despite a title that identifies this work as a book on karate, it is in fact much more. It is a book that touches on and delves into the transcendent nature of all genuine budo. My own teacher discussed what he called the omote and ura of existence. He believed budo was one gateway to the ura of existence, a pursuit that enabled one to touch a living world beyond our temporal consciousness. Most people who undertake martial arts training seek only the omote or outward manifestation of budo because they are not aware that this other, more elusive world exists. Ushiro sensei, with great passion conveys the totality of budo to the reader and offers not only encouragement to seek out that other world but also offers the reader a roadmap of how to get there. For the budo practitioner who seeks a deeper understanding of where he's headed and what riches exist in the study of budo, this book is a must have. It is book that will become tattered from being read over and over thru successive years because each time it is picked up, it is a new book, one with a new voice and a deeper message. (T. T. USA )

Kenji Ushiro was born on January 15, 1949 in Kobayashi City, Miyazaki Prefecture. In 1967, he entered Miyazaki University and became a member of the Karate Club.
After graduation, Ushiro moved to Osaka and there had an opportunity to practice a traditional form of Okinawan karate.
He began to have doubts about the competitive karate he had practiced up until then and started training directly under Nikichi Zaha Sensei.
Since then, he has devoted himself to the study of Zaha Karate.
He is 7th dan and Kyoshi of Iaido, of the All-Japan Kendo Federation, and also 8th dan and Kyoshi of Shindo-ryu Karate-do.
In 1986, Ushiro became Head of the Technological Reserarch Institute of Yoshimura Denki Corporation. In 1991, he served as the company's Managing Director. Ushiro became President of Tokei Electrical Engineering Corporation in 1996 and, in 1997, was appointed President of Kaga Components Corporation.
In 2004, he formed the UK Jissen Juku which he currently heads. (UK stands for Ushiro Karate and Universal Karate.)

Sanzer
5つ星のうち5.0 Unique Wisdom From A Great Master
2018年2月9日にアメリカ合衆国でレビュー済み
Amazonで購入
I am not entitled to judge this book for karate and budo, but I can say this is also a great personal development book. In Master Ushiro's words, this is a book that I do not understand: "You cannot learn even one word out of one hundred million words. That is because you can only comprehend the word at your level. When you read a book and say “I understand it,” that means that “you understood it at your level.” Hence, you understood it “using your head.” It is necessary to find a book that “you do not understand,” and you have to sense something from your intuition. This sort of book will guide you to the depth of your thoughts. Your level should not be an accumulation of your knowledge. If you read a book and one week later you understand it, and a month later you understand it even more, then it is a good book and there is growth. When you rely too much on knowledge you lose your humility, and there is a danger of “believing that you know even though you do not.”
続きを読む
役に立った
フィードバックを送信中...
フィードバックをお寄せいただきありがとうございます。
申し訳ありませんが、お客様の投票の記録に失敗しました。もう一度試してください。
違反を報告
レビュー を日本語に翻訳する