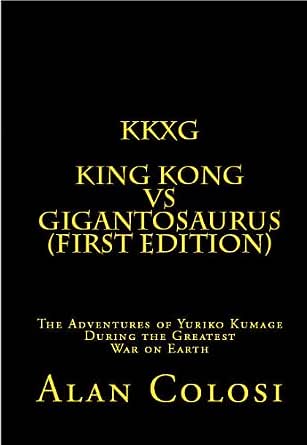 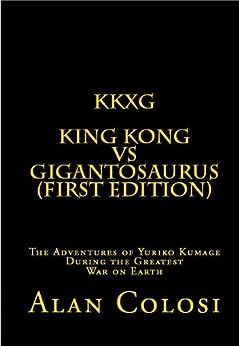 ALAN COLOSI is a Cum Laude Bachelor of Arts degree graduate in Computer Science with Japanese as the foreign language from BOSTON UNIVERSITY, The College of Arts and Sciences (CAS '00). Having traveled to Japan 93 times from Boston, MA, USA with over 3 Million miles as an Emerald Member with The One World Alliance, Mr. Colosi maintains countless years of computer programming, radio, media, market research and journalism experience integrating both English and Japanese. Prior to BOSTON UNIVERSITY, Mr. Colosi worked at radio stations WXKS-FM, Boston, MA as a core programmer (1984 - 1988) and KISS-FM LONDON (as a reporter 1991-1993) and currently is the owner and operator of SHADO CONTROL management ... http: //www.shado-x.com ... maintaining the site for over 15 years with business news and information, merchandise sales, and advertising in fields emphasizing science, the arts, and business analysis by constructing mathematical theory with successive growth. The current extension of SHADO CONTROL is the business plan push of KKXG: KING KONG VS GIGANTOSAURUS (sequel) and "CAPTAIN YURIKO KUMAGE" (prequel), after receiving very important blessings for it to succeed. 2006 Prima Facie US Registered Copyright: PAu003075664 with registered amendments in 2009 (TXu001708843) and 2010 (TXu001739345). CAPTAIN YURIKO KUMAGE June 12, 2011 Prima Facie US Registered Copyright: TXu001767476. Please enjoy every part of it. --このテキストは、paperback版に関連付けられています。

Weyland Yutani
5つ星のうち3.0 King of the Monsters!
2014年4月28日に英国でレビュー済み
Amazonで購入
Surprisingly I really enjoyed this story. Bit of a slow start, and the less said about the death by perfume ending, but otherwise a great piece of b-movie inspired hokum.
続きを読む
違反を報告
レビュー を日本語に翻訳する

West Reanimated
5つ星のうち5.0 Solid Adventure, with Giant Monsters
2012年2月10日にアメリカ合衆国でレビュー済み
Amazonで購入
I found this book while doing an internet search to attempt to find any updates on the new "Godzilla" movie that is supposedly in production. While the information I found on that subject was sparse, I did discover a link to this author's website and blog ([...]) which details Mr. Colosi's trials and tribulations with writing and attempting to sell an original Godzilla screenplay. Originally written as "King Kong Vs. Godzilla", this book has been translated, by the writer, from his own script into an entirely original creation, as you will find here.

Mr. Colosi's creation is very well written, extremely suspensful, and creates some very strong visuals. The fight between the monsters is extremely well laid out, and provides some great visuals, both when King Kong and Gigantosaurus fight, and when Kong also battles the "Evil Armadillosuarus" (Anguirus?) earlier in the book. Captain Kumage's katana battle towards the end is also very dramatic,a nd packed with some great action.

I ordered the print version of btoh this book, and it's sequel/prequel "Captain Yuriko Kumage", and was very pleased with the overall production of the book. Both novels are printed from the digital source, and are both dated in the back January 22, 2012, the date which coincides with my order. That, makes the books themselves somewhat more collectable, as each printing is dated. I suspect these are being produced in a "print-on-demand" process, which is pretty neat.

A few issues do present themselves with this type of order, however, and there were a couple of printing errors, including one part near the beginning (around page 50 or so) where a paragraph was misaligned and sentences were out of order, as well as a page numbering mishap in the high 100's (around 195 or so) where the clipping was off, causing the pages to be misnumbered. They were still in order, just makes for a bit of confusion with numbering. I imagine on the original Kindle version, this would be a non-issue.

Overall, I give this title 5 stars. It is a strong introduction to Mr. Colosi's work, and holds more meaning having read the history of his struggles with Toho and various American and Japanese legal issues regarding the original screenplay and story. I strongly recommend this book for any fans of Kaiju films, giant apes, or just anyone who appreciates that there are other people who are also fans of those things.

I look forward to reading the next book in this series.

As a side note, this is book one of 3, and Captain Yuriko Kumage is book 3 of 3, however there is no missing book as the second of 3 is Mr. Colosi's Non-Fiction book about google and Viacom, also available under his name in an amazon search, numbered as such as all three books are dedicated to Japanese Idol and Actress Shaku Yumiko. CAPTAIN YURIKO KUMAGE (First Edition): Her First Adventure During the Greatest War on Earth: The Prequel to "KKXG: King Kong vs Gigantosaurus" (Volume 3)HR-2281: And Then the DMCA Didn't Apply on the Earth (Viacom vs. Google).: Google and YouTube are not Service Providers (nor are the Others) (Book 2 of 3)
続きを読む
3人のお客様がこれが役に立ったと考えています
違反を報告
レビュー を日本語に翻訳する

Dr Who? Regenerated
5つ星のうち5.0 It Started in 1962 with Toho Films
2013年4月3日にアメリカ合衆国でレビュー済み
Amazonで購入
In 1962 Toho Studios released "King Kong vs Godzilla" and fans, like myself, of both Legends wanted an immediate rematch. Unfortunately because of copyright wars it was never to happen. The closest was a non-Godzilla film entitled: "King Kong's Counterstrike" known in the United States as "King Kong Escapes" which introduced a new opponent for King Kong, Mecha-Kong controlled by the Chinese(?) evil scientist Dr. Hu (Yes pronounced Dr. Who). Along with make up artist Rick Baker in a Gorilla suit for a remake in the early 1970's of "King Kong" and a sequel entitled: "King Kong Lives" along with Godzilla going Kid Friendly in a series of Toho films without ever meeting Kong again during the same time period.

Now we have this book which re-imagined the conflict between King Kong and Godzilla, but being called "Gigantosaurus" for again copyright reasons.

I love how this book mixes elements of the original 1933 "King Kong" and the Japanese 1962 film adding one kick ass Ninja JDF Captain Yuriko Kumage instead of typical 1930's girl in danger Ann Darrow. I truly enjoyed this work, but have one warning for readers: The Translation is terrible and I don't know if I could stand one more "but Alas" at critical moments. Also pertaining to the translation there were several words this 66 year old was unfamiliar with, but still seemed familiar somehow. It turned out that when I asked for a dictionary definition they were all 17th Century Versions of current English words.Apparently the book was written by an American in Japanese and translated back into English.

However, bottom line is return to a new version of Skull Island while Australia is being attacked by a creature that is out of its own evolutionary track standing approximately 270 feet tall.
続きを読む
2人のお客様がこれが役に立ったと考えています
違反を報告
レビュー を日本語に翻訳する

Avid Reader
5つ星のうち5.0 A Very Good Fantasy Book
2013年1月31日にアメリカ合衆国でレビュー済み
Amazonで購入
I really enjoyed this book. All of the story threads were woven together very well in my opinion. I admit that I became emotional when Kong was being manipulated into the final battle. I originally bought the book because I like Godzilla stories, but as this story progressed, I felt drawn to Kong---the manipulated underdog who only wanted a girl.
続きを読む
2人のお客様がこれが役に立ったと考えています
違反を報告
レビュー を日本語に翻訳する
すべてのレビューを参照します
click to open popover
Amazonプライム会員ならお急ぎ便、日時指定便が使い放題
さらに、映画もTV番組も見放題。200万曲が聴き放題 。クラウドに好きなだけ写真も保存可能。
> プライムを無料で試す