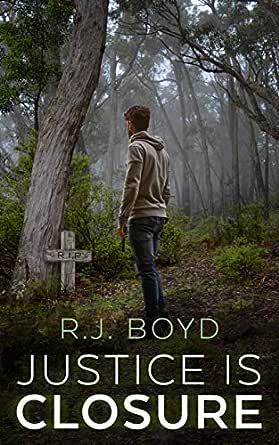 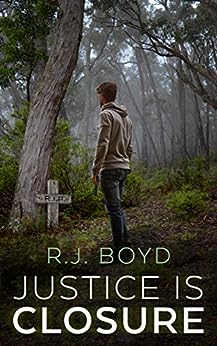 In a sequel to the first book, ‘Justice is Personal,’ Jamie Wells continues his quest to get justice for his sister Laura. Forty years earlier she had been abducted, gang raped and bludgeoned to death. Five years ago there had finally been an inquest into her death. No one had been charged with her murder, and three suspects out of a gang of eight men named as being responsible, were still alive and walking the streets. The judicial system had failed his family.

Taking on the role as a vigilante, Jamie has already executed two of the three suspects. He is being doggedly pursued by Inspector Brian Cooke, who strongly suspects him of being that vigilante. However in spite of mounting circumstantial evidence, the Inspector lacks the physical and DNA proof to be able to charge him with anything.

Jamie was now hunting the last man left alive, John Skobles, the leader of the old gang. Skobles acts as an independent mule for a bikie gang. Once a month he couriers drugs from Sydney to Melbourne and returns the next day with their money for laundering. It would take a lot of planning to trap him with the goods. Whilst waiting for an opportunistic moment to arise, Jamie becomes side tracked to use his vigilante talents elsewhere.

Appalled by other heinous sexually based crimes in the community, he forms an unlikely alliance with Kate Tully, a female investigative reporter. She hosts her own weekly program of crime and violence on national television. She also harbours disturbing childhood memories of being sexually abused. While he dispenses his kind of justice, she stokes the fire, highlighting the inadequacies in the legal, sentencing and parole board laws, which allowed perpetrators to be so easily back on the street to reoffend.