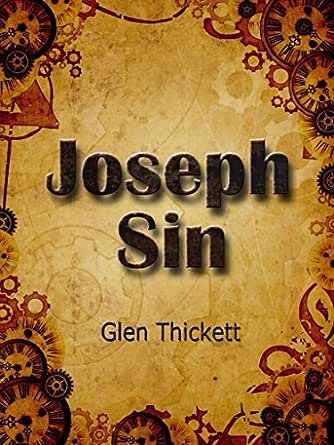 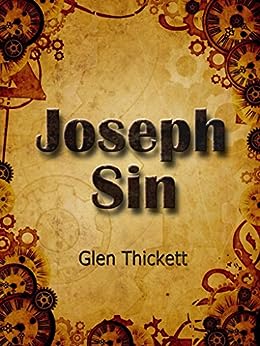 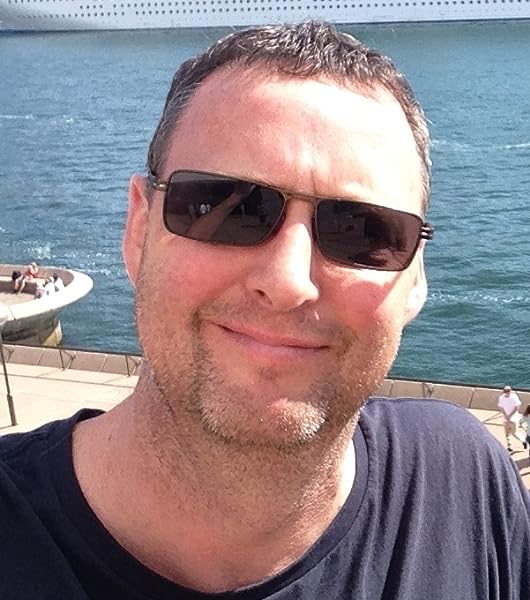 Joseph Sin must save the galaxy from an evil, future tyrant whose reign of terror will hold the galaxy in thrall for a hundred thousand years. He’s not ready for this – he has a hangover – but needs to get involved to save his friend Susan Skull, though she has made it very clear they will never be more than just friends.

Taken from the 21st century Joseph finds himself on another world, host to alien parasites and in denial. The feudal world is being stripped of its resources by the despotic greed of a corporate tyranny, supported by future technology, the resources of a galactic empire, the military might of a clone army, and the benefit of hindsight.

To save Susan and this struggling world Joseph has only the support of an alchemist and a race of primitive giants. And who knows whose side the suspect, mercenary, time travelling Academy is on?

His journey takes him ever nearer to his destiny, close to new friends and allies, and way too close to supernatural horror that tests his resolve and sense of self.

Caught in a loop in time, Joseph is forever condemned to repeat his future unless he can break the present.

n
5つ星のうち5.0 There are so many reasons to like this book
2012年8月5日 - (Amazon.com)
Amazonで購入
I read the book description and thought I knew what I was getting by buying the book. In a way I did, but the truth is the book had more surprises and hidden gems than you dare expect from an emerging author. In short its really, really good storytelling.

The hero is unlikely and I started off thinking I wasn't going to like him, but in the end I not only liked him, I also admired his strength and values which are modestly revealed in the telling of the tale. The heroine displayed both strength and vulnerability creating a realistically multi-dimensional character. But it was the secondary characters that really made this book for me - Nemesis, the Giants, Eduardo, the water sprite, and many more. I think the genesis of the bad guy creates some real though-provoking questions but I was having such a fun time with the good guys I didn't really start to ponder those questions until I finished reading.

The book is hard to classify, according to the description it can fit in any of the following "science fiction, fantasy, comedy, time travel, horror, love, supernatural" which just about covers it. The humour is dry and sneaks up on you, just when you are having a rollicking read you get blind-sided by scenes of stark despair and in some cases they border on horrific. The paradoxes of time travelling were intriguing and opened so many possibilities - begs a sequel.

J Mitchell
5つ星のうち5.0 Joseph Sin is a Winner!
2012年5月5日 - (Amazon.com)
Amazonで購入
An absolutely superb adventure involving time/dimensional travel. Memorable characters, great action and suspense, and an ever unfolding series of puzzles and paradoxes. I could not put it down. I try many new authors and indie publishing efforts and usually delete them after reading, but this has earned a permanent place in my library. I will most certainly watch this author in future.
続きを読む
3人のお客様がこれが役に立ったと考えています
レビュー を日本語に翻訳する

Casey Clark
5つ星のうち3.0 Interesting ***spoiler alert
2013年3月10日 - (Amazon.com)
I think that this is certainly a good first effort and I think that this author has potential, but I can't give it 5 stars for a couple of reasons.

First, the time travel aspect of this book was both interesting and perplexing. According to the interweaving of space and time only one or two timelines were completed whereas, if I understand correctly, there are nearly an infinite number of Joseph Sins on the loose in the galaxy. Now, many of them were were killed by Prince Eduardo, but I would have to believe that there are others (in various stages and timetables) running wild in the galaxy. Personally, I feel that if you involve time-travel in a book the rules and boundaries must be clearly defined; otherwise, it is nearly impossible to create true closure.

Second, I felt that the book was slow to start. The action did eventually pick up (especially when we meet the Auroch's and Prince Edward), but I felt that it took too long to find out what the reason and purpose for the opening scene.

Are three stars too harsh? Maybe, but I feel that this book isn't terrible and isn't one of the best I have read; so you end up with three stars (I would probably give it 3.5 if that were possible).

I would like to add that I did receive this book for free from Amazon in exchange for a review.