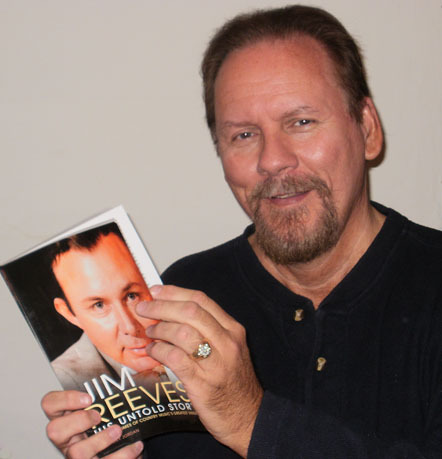 Blue Yonder
5つ星のうち5.0 A remarkably detailed biography - quite fascinating from start to finish
2012年7月27日に英国でレビュー済み
Amazonで購入
Although I don't have a Kindle, I got this book downloaded as an e-book from Amazon Kindle to my pc - didn't know you could do that. 700 pages for just £4.99 - compared to the £30.16 it was going to cost me to get the book sent direct from the States. What a price difference!!
As to the content itself, this has got to be one of the most balanced, well-researched and riveting biographies I have ever read - perhaps even THE most. And that's from someone who has read literally hundreds of biographies. What I liked most about this study is that the author wasn't scared to give the whole truth about Reeves - whether he liked it or not, and whether he thought his readers would like it or not. And I'm sure many won't appreciate some of the facts that Larry Jordan unearthed. He shows both the good and the bad about Jim - and there's plenty of both. This is in distinction to the many mainly Christian, biographies that I've read - a gredat majority of which ignore completely or partly the more negative aspects of the subject. That's such a pity - for it means you simply don't get to know the REAL person just a nice, sanitized, pc version. That's not what I want - I want to know what the guy/gal was truly like. And Jordan does that, in this whopper of a book. And the remarkable thing is that knowing the sexy, sleazy side of Jim Reeves, plus a few of his other vices (he could be quite arrogant, and was often seen as niggardly) doesn't make me respect this musician any less than before - at least not when taken in context of his more commendable attributes. It's a fascinating read and I thoroughly recommend it.
The truth remains - Jim Reeves singing voices is one of the most beautiful to be heard from any musician in any genre anywhere in the world. I'm so grateful to my mother for introducing me to his sound back in the 1970s, when I was a lad.

Roy Grove
5つ星のうち5.0 Quite a story....
2020年8月6日に英国でレビュー済み
Amazonで購入
I've always enjoyed his music and 56 years after his passing, got to read his story. It would make essential reading, for anyone drawn to the entertainment world. It's just darned, hard graft.I can sympathise, with Reeves, and others, for their extremes under such pressure. He did better than I would have done. The comparison of Reeves, to the biblical King David is a fair one. My experience of some religious folk, who are to sanctimonious to be human, have left a mark on me. Did Jim miss his calling ? Who knows ? The holier than now folk, have caused many to miss it.
続きを読む
違反を報告
レビュー を日本語に翻訳する

bananaman
5つ星のうち3.0 Don't bother.
2015年10月1日に英国でレビュー済み
Amazonで購入
This book starts off with interesting details of Jim Reeves life and those of his friends and colleagues around him. However it very quickly digresses into far too much very fine detail to the point of distraction and irrelevance and also repetition. The story breaks off at regular intervals to unconnected events or people and there are also different writing styles in the book, as if it were written by different persons then put together for the story. Poor grammar doesn't help with the reading. It is a rambling book.
続きを読む
5人のお客様がこれが役に立ったと考えています
違反を報告
レビュー を日本語に翻訳する

Amazon Customer
5つ星のうち5.0 Jim Reeves His Untold Story
2019年2月10日に英国でレビュー済み
Amazonで購入
Enjoyed reading the book, filled in many things unknown about the singer. Its a shame the way the writer resorted to character assassination of both Jim and Mary with especially Mary not coming out well. This is usual with autobiographies insofar as the individuals featured cannot speak in response. Maybe the Reeves heirs can comment on what they think of the book. The book was a good read all the same.
続きを読む
違反を報告
レビュー を日本語に翻訳する