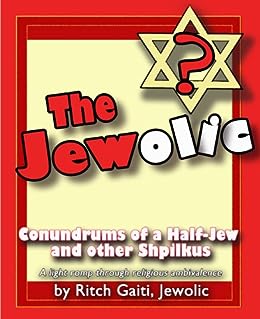 Ritch Gaiti is an author, an artist and a former Wall Street Executive. He focuses on telling compelling stories within a wide range of subjects and genres: from drama to suspense to humor, from fiction to non-fiction. Ritch's other published works include: -THE BIG EMPTY, (Sedona Editions, 2013), an ethereal mystery about a gritty lawyer who uncovers an ancient conspiracy. -DUTCHING THE BOOK (Sedona Editions, 2012), a fictional drama based on real people and events, delivers an absorbing story about horse racing and gambling in 1960's Brooklyn. -TWEET, a fictional satire on marketing, advertising and consumerism. Recently, TWEET has been optioned for a feature film. -POINTS: WOMEN HAVE THEM, MEN NEED THEM, a humorous relationship book which will help you through this marriages and all your future marriages (written under the pseudonym I. Glebe). All books can be found on www.RitchGaiti.com. Ritch has also written articles for magazines, including Private Wealth, Sidelines, Tango and Balance magazines and has been featured on national TV and radio, including a guest appearance on the Today Show, opposite Joan Rivers. In addition to writing, Ritch is a recognized artist who exhibits regularly in galleries and museums across the country. His portfolio can be viewed on: www.Gaiti.com. He is also a recreational pilot and enjoys tennis and skiing. To contact Ritch directly: Ritch.Gaiti@verizon.net --このテキストは、paperback版に関連付けられています。

Anthony2014
5つ星のうち5.0 Great Short Story I Loved It
2013年11月4日にアメリカ合衆国でレビュー済み
Amazonで購入
I love this book it's one of the best short story's I have ever read. I'm not really a religious person but the idea of two religions living side by side has always interested me and this book truly gave me a massive insight into how different religious get on in the same family. This story is so funny and the story line is very moving. The writer has a great ability to keep you reading and get you really engaged in the story. The book touches on some very interesting ideas the way the character is coming to terms with both religions and deciding which one to follow if any is really an amazing and heart-warming story. The relationship glebe has with is grandmother is great the way they get on together reminds me a little about my own grandmother and when she get taken from him his life is really affected by her death. I read all this book in the same read it only took my 2 hours I could not put it down. All I want to really say about this book is that you will enjoy every page as I did. I recommend this book to everyone even if you are not really a religious person like me the book is still a great read and I think you will be surprised how much you will enjoy reading this book. The author has done an amazing job at writing this book IV have not come across a book so well written in a long time.
続きを読む
2人のお客様がこれが役に立ったと考えています
違反を報告
レビュー を日本語に翻訳する

Sam Hankins
5つ星のうち5.0 Half Jew, half Catholic, all fun
2013年11月9日にアメリカ合衆国でレビュー済み
Amazonで購入
“The Jewolic” is an unusual sort of memoir which focuses on a specific aspect of the narrator’s life: his search for religious identity during his early life. It’s told with a lot of humor and some pretty interesting tidbits about different aspects of faith culture.
What makes this memoir especially interesting is that it deals with a life experience that not many people have or indeed think about very much. Needless to say, children with two parents of the same faith tend to share their parents’ faith “de facto” during early life, but the author’s religiously ambivalent environment left him to tackle tough questions about God (and even whether there is a God) from a very early age.
Seamlessly blended with the narrator’s religious quandaries is a smattering of childhood mischief and amusing slice-of-life moments. Designed to be read in a short amount of time, this book is perfect for pretty much any audience, religious or not.

Kristina Reading
5つ星のうち5.0 Easy and enjoyable read!
2013年11月8日にアメリカ合衆国でレビュー済み
Amazonで購入
Ritch Gaiti has done an amazing job keeping this novel light and humorous. Even though I'm not religious in any way, I enjoyed this book.

Glebe was born from a Polish/Jewish mother and an Italian/Catholic father, he begins his book by calling himself a “Religious mutt.” This sense of irreverence and humor carries forth throughout the book, engulfing the reader in his irony of being caught between two opposing tides of belief and creates an articulate nomenclature of new ways to view religion. He is on the fence and ideas from God’s existence, to UFOs and aliens, only to focus on the one certainty of real pleasure....breasts, as any boy would.

Nevenka Pobric
5つ星のうち5.0 If you or anyone you know was ever called schmuck you must read this book...
2013年12月18日にアメリカ合衆国でレビュー済み
Amazonで購入
Beautiful, very funny, interesting book with so many great philosophical messages behind the scene....You just can't put it down once you start reading it. Many people us who grew up in a multi religion family can relate to...I was thinking to even join author's religion. But then again was he growing up in a multi religion family at all? Well the only way to find out is to read this great book.

This book is for everyone but if you, your family member or any of your friends were ever called schmucks, you must read it!

Braco Pobric, author of  Habits and Happiness: How to become happier and improve your wellbeing by changing your habits
続きを読む
違反を報告
レビュー を日本語に翻訳する

HGB
5つ星のうち5.0 a perfect rainy afternoon read
2013年10月17日にアメリカ合衆国でレビュー済み
Amazonで購入
It was a dreary day, so I loaded this book onto my Kindle and sat down to read. Was I surprised 2.5 hours later, when I realized I was still reading, all curled up on the couch. he book brought back lots of childhood memories and Hebrew school resentments. I throughly enjoyed following Glebe through his childhood. I especially loved the relationship with his Grandmother. She sounded just like mine!
続きを読む
2人のお客様がこれが役に立ったと考えています
違反を報告
レビュー を日本語に翻訳する
すべてのレビューを参照します
トップへ戻る
Amazonについて
Amazonでビジネス
Amazonでのお支払い
ヘルプ＆ガイド
日本語ショッピングのための言語を選択します。 日本ショッピングのための国/地域を選択します。
© 1996-2020, Amazon.com, Inc. or its affiliates