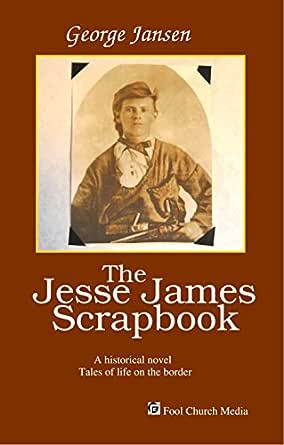 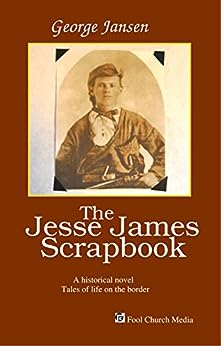 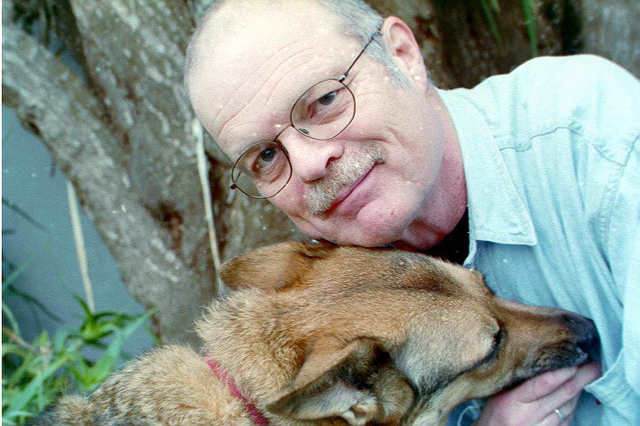 Livia R.
5つ星のうち5.0 Very interesting historical account of an American legacy that still echoes today...
2018年11月22日にアメリカ合衆国でレビュー済み
Amazonで購入
George Jansen’s "The Jesse James Scrapbook" plunges you into the thrilling story of one of the most notorious gang members of the Confederate Partisan—Jesse James. In a unique approach of writing, this book is fashioned in the form of a chronological journal that also integrates a variety of different voices to narrate the story of Jesse James. The story effectively pulled me right into the war-rampant state of Missouri mid-1800’s and into the conflicted time of the American Civil War. I was very intrigued by this piece while reading, as it gave so much depth and life to the characters of some of the most notorious outlaws of American history. The exploration of their psyche was particularly interesting, and probably the most enjoyable aspect of this book for me personally. As a result, this book paints out a very vivid yet horrifying scene of the culture entrenched in the South at that time, giving the reader much insight onto how much influence cultural norms and institutions of oppression like racial discrimination and slavery not only helped shape hundreds of thousands of minds to commit atrocities but also sparked an outbreak of war. I loved reading this book because it further cemented how that influence of racial bigotry and ownership of slaves have created a legacy that is still pervasive in contemporary America over a century later.
続きを読む
1人のお客様がこれが役に立ったと考えています
違反を報告
レビュー を日本語に翻訳する

JoJo Maxson
5つ星のうち5.0 Excellent read for Civil War fans.
2018年11月7日にアメリカ合衆国でレビュー済み
Amazonで購入
They claimed the government wouldn’t allow them to earn an honest living, so the James brothers began their own form of employment. George Jansen takes events in the notorious Jesse James life and spins them into this work of fiction, The Scrapbook of Jesse James. It begins with Tom Gardner, age 12, as he fantasizes about this outlaw and begins a scrapbook covering his life. His mom is none too pleased since he is gluing newspaper clippings and book cutouts into her own scrapbook. But he vows to one day finish what he started.

The Scrapbook of Jesse James is incredible. George Jansen sends you through the legendary journey of Jesse, but written in first person of the people who knew him. My favorite glimpse into his life would be Frank’s recollection in May 1896. The author adds humor to this novel adding colorful characters in his life. I would recommend this to those interested in the Civil War era.

Chelsey McQuitty
5つ星のうち5.0 Engrossing read
2018年11月13日にアメリカ合衆国でレビュー済み
Amazonで購入
This is a book set out as a scrapbook, where readers get to know the legendary Jesse James through the accounts of other people at that time and from newspaper cuttings. The author insists that, although fictional, this story is firmly based on historical documents. The reader learns about the Civil War and Reconstruction Eras through the life and death of Jesse James. Life at this time was harsh and raw; bandits and deserters were everywhere and the coming of the railroads made far- away places accessible but were opportunities for train robbery too. I learnt about The Pinkertons; the Younger Boys; Bleeding Kansas and, of course, the Civil War itself. I got totally caught up in this story and its legendary hero; did he fake his own death? Many people in subsequent years claimed to have met him or even to be him after his reported demise. It all adds to the allure of someone who was actually a violent, lawless criminal.
続きを読む
1人のお客様がこれが役に立ったと考えています
違反を報告
レビュー を日本語に翻訳する

Shanell
5つ星のうち5.0 From church going to bank robbing no one can say Jesse James lived a dull life.
2018年11月16日にアメリカ合衆国でレビュー済み
Amazonで購入
This is a really cool. Jesse James has always interested me as I grew up being told that my family is descendants of Jesse James. Where the relationship exists I’m really not sure but it’s kind of a fun thing to know. One of these days I’ll do more research into it but until then, I just read most anything about him and his family that I can. I found this book to be particularly interesting because it’s told from so many different narratives. It’s sometimes hard to imagine him as the good church going upstanding citizen when he is best known for his less upstanding actions. I know this is a work of fiction and not to be taken seriously but it still seems to have been carefully researched and has a lot of true facts which really adds to the story. I really enjoyed the different view points of how this story was told.
続きを読む
1人のお客様がこれが役に立ったと考えています
違反を報告
レビュー を日本語に翻訳する

Haley
5つ星のうち5.0 wonderful historical novel
2018年11月14日にアメリカ合衆国でレビュー済み
Amazonで購入
I love reading historical non-fiction and historical fiction alike. The Jesse James Scrapbook by George Jansen is such an interesting take on the historical fiction genre. It is truly unique! It blends historical fact and author created fiction so expertly and seamlessly. I loved the how this novel allows the reader to imagine important historical events from so many different types of perspective. I think this is extremely important. We should all try to remember history not as a thing in textbooks, but a real thing, experienced by real people just like us. I can’t wait to read more from Jansen.
続きを読む
1人のお客様がこれが役に立ったと考えています
違反を報告
レビュー を日本語に翻訳する
すべてのレビューを参照します
click to open popover
Amazonプライム会員ならお急ぎ便、日時指定便が使い放題
さらに、映画もTV番組も見放題。200万曲が聴き放題 。クラウドに好きなだけ写真も保存可能。
> プライムを無料で試す