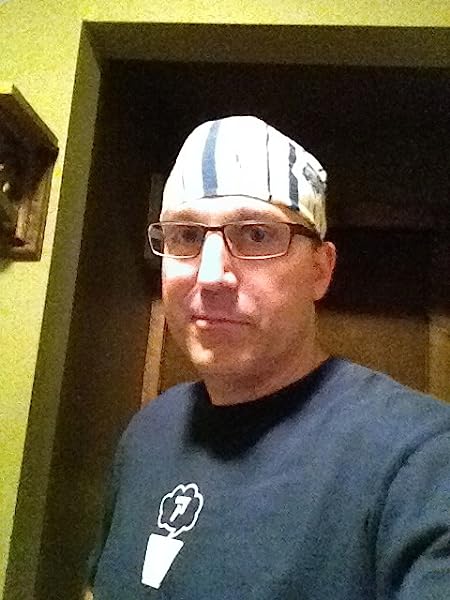 The end-all-be-all guide to ramen as told by the iconoclastic New Yorker whose unlikely life story led him to open Tokyo’s top ramen shop—featuring 44 recipes!

“What Ivan Orkin does not know about noodles is not worth knowing.”—Anthony Bourdain

While scores of people line up outside American ramen powerhouses like Momofuku Noodle Bar, chefs and food writers in the know revere Ivan Orkin's traditional Japanese take on ramen. Ivan Ramen chronicles Orkin's journey from dyed-in-the-wool New Yorker to the chef and owner of one of Japan's most-loved ramen restaurants, Ivan Ramen. His passion for ramen is contagious, his story fascinating, and his recipes to-die-for, including the complete, detailed recipe for his signature Shio Ramen, master recipes for the fundamental types of ramen, and some of his most popular ramen variations.

Likely the only chef in the world with the knowledge and access to convey such a candid look at Japanese cuisine to a Western audience, Orkin is perfectly positioned to author what will be the ultimate English-language overview on ramen and all of its components. Ivan Ramen will inspire you to forge your own path, give you insight into Japanese culture, and leave you with a deep appreciation for what goes into a seemingly simple bowl of noodles.
続きを読む
Previous page
Next page

"We are all fortunate that a young Ivan Orkin, growing up in 1970s suburban Long Island, fell in love with Japanese food. If he hadn’t, the world would never know Ivan’s amazing ramen, one of the most powerfully delicious noodle soups on the planet."
—Chad Robertson, James Beard Award–winning chef, author, and co-founder of Tartine Bakery and Bar Tartine

"Ivan has dedicated his whole life to understanding and creating the perfect bowl of ramen, and he has mastered the two most critical elements: the noodles and the broth. He consistently delivers the best bowls I’ve experienced in my life. Completely authentic, completely delicious."
—Ming Tsai, James Beard Award–winning chef, author, and owner of Blue Ginger and Blue Dragon

First off, congratulations on—and thank you for—this book. Back when I was a twenty-nothing noodle-slurping lost sheep wandering from ramen shop to ramen shop, trying to decode the secrets of the soup, there was nothing like this in English, or maybe in any language. There is so much essential, indispensible information here for readers who want to learn something about ramen beyond the instructions on the side of the Styrofoam bowl. And then there’s your story, which is beyond remarkable: I couldn’t get a job in a decent shop when I was in Japan. You’ve broken through the ramen barrier in Tokyo, put your name on the map. Incredible.
And now you’re going to open a shop in New York! Well, let me be the first to congratulate you on a terrible decision. Here’s the best advice I can give you about trying it back home:

1. Do you know the classic 1992 Wesley Snipes–Woody Harrelson buddy basketball movie White Men Can’t Jump? Of course you do! What you might not know is that your next year is going to be an infinite loop of a sad variation of that film: White Men Can’t Eat Ramen.
When you put a hot bowl of ramen in front of most Americans—white or otherwise—they will wait for it to cool down. It defeats the purpose, but they do not know this. It’s the equivalent of ordering a burger, and then when it comes, you don’t touch it! You wait for it to cool down, the lettuce to wilt, the cheese to congeal.
Americans think it’s rude to slurp noodles. They have no concept that the noodles are continuing to cook in the soup. They have no concept that they should drink the soup first. And they will think the soup is too salty! They don’t understand that the soup is part of the noodles.
I know this. I’ve seen thousands and thousands of bowls at Momofuku. People have been leaving behind noodles before it was cool to be gluten free.
These will be your customers!

2. Prepare to compromise.
I’ve been to ramen shops in Tokyo. It’d be nice to serve sixty people a day in a twenty-seat restaurant, two bowls at a time. You won’t be able to do it like that here. The economics of New York are different.
While you can sell ramen relatively expensively in Japan, you can’t do it in America. People will unblinkingly pay $20 a plate for spaghetti pomodoro—which is just canned tomatoes and boxed pasta—but they will bitch to the high heavens about forking over $20 for a bowl of soup that requires three or four or five different cooked and composed components to put together. Plus, you will rake yourself over the coals looking for ingredients that even approximate what you can buy down the alley from your shop in Tokyo.
You’ll have to find a way to make food faster, and that means doing some things that may be sacrilegious in Japan. You’ve gotta make the compromise between having the soup hot, but not so hot that people can’t eat it. If you serve dishes with ramen, it’s going to slow the experience down. People will have a conversation instead of eating. That’s the main difference. In Tokyo, if you go to a really good ramen-ya, you hear nothing but slurping. In New York, people want to chat over their soup! It is unthinkable to those of us who have prayed at the altars of the ramen gods, but it is a reality you must confront.

3. Get ready for the most ridiculous complaints ever known to mankind.
You should shave your head now so that you have no hair to pull out when the Internet gets revving on you.
Get ready for criticism from the whole Asian demographic. Half the food bloggers in the world are Asian women. You’re going to be their bread and butter. They’re going to laugh at you and yell at you. They will be upset that your food isn’t “authentic” or that it’s not Japanese enough.
White people will say, “I’ve lived in Japan, and this isn’t authentic.” You’re never going to have seen so many people express their feelings. Everybody is going to have their opinion on what Japan is. They may not have been to Japan, but you know what? They might have dated somebody from Japan.
People are going to look at you like this weird thing, like the Eminem of ramen. I can almost get away with doing ramen because I’m Asian. You’re probably fucked.
Fifty percent of people will be cheering for you, and the other 50 percent will want you dead. Get ready to accept that people hate you and want nothing but your demise. Use it as fuel.

4. It’s like in Band of Brothers when the guy says, “The only hope you have is to accept the fact that you’re already dead.”
When I opened up, people in New York didn’t know anything about ramen at all. The funny thing is, people know even less about ramen today. New York is so far behind the world of contemporary ramen in Japan—a world I can’t quite fathom how you conquered or why you’re leaving.
What I originally loved about ramen shops in Japan was that it was a whole fascinating world. I can eat something really delicious for ten or fifteen bucks. It’s exactly like going to In-N-Out and knowing the secret menu. Once you’re in the know, everything’s good. You know what to order.
What drew me to cooking ramen was—and I hate to use this term— the punk aesthetic. It was a contrarian stance. You take something deemed by the world as junk food and pour passion into it, and make it the most delicious food possible. In that conflict is what I love about ramen. At the end of the day, it’s just soup and noodles. It’s one of the simplest forms of food, but also the most beloved. And of course you know that. You’re making Jewish comfort food through a Japanese lens.
And down there on the Lower East Side, where Jewish chicken soup has roots more than a century old, you will slowly build an audience that understands your soup.

Americans will fail you more times than you can anticipate, but if you’re smart and steeled and shrewd—or maybe just incredibly fucking lucky—you will get what you’re looking for: your customers.
There will be babies born and nourished on your food. One day they’ll be nine years old, and it’ll be really weird: they will have formed memories in your restaurant, on your ramen. They will learn to eat the way you want them to. You will learn from them.
You’re feeding people, you’re going to bring people a lot of joy. It’s a heavy-duty thing when you get past all the bullshit. But do not underestimate the bullshit.
Congratulations!

PS: Once you open the restaurant, all of the emails you will ever get will look like this: Can I have a reservation for 6 people at the ramen counter at 8:30 tonight? I know it’s Saturday and you just got reviewed but I’m coming in with this great group of . . .

IVAN ORKIN is a native New Yorker. He spent a total of thirteen years in Japan, but now calls Dobbs Ferry, New York home. He lives there with his wife, Mari, and three sons, but returns to Tokyo frequently.

CHRIS YING, editor in chief and cofounder of Lucky Peach, is also the coauthor of Ivan Ramen and The Mission Chinese Food Cookbook. He lives in San Francisco with his wife.

NORIKO YAMAGUCHI is a Tokyo-based photographer specializing in food, travel, and still-life photography. Her work has appeared in Elle Japon and Bunshun, as well as in a variety of other Japanese publications.

Miguel
5つ星のうち5.0 It DOES have recipes! An amazing book!
2019年6月29日に英国でレビュー済み
Amazonで購入
The reviews claming there are no recipes are not fair. They are mad because making ramen is tricky and the recipes of this book are real (days of work for a ramen bowl). It has some other nice and easier recipes and it is overall a really interesting reads. You will need patience to cook like Ivan, but you have all the info you need and alternatives suggested for the ingredients hard to get. The view into Ivan’s story and creative process is super interesting. Happy with this purchase :)
続きを読む
8人のお客様がこれが役に立ったと考えています
違反を報告する
レビュー を日本語に翻訳する

Rosie Martin
5つ星のうち5.0 Perfect book for true ramen lovers
2019年2月9日に英国でレビュー済み
Amazonで購入
My boyfriend love this, it was his Christmas present. The book is a fantastic biography as well as technical information on making the perfect ramen. Less a recipe book and more of an instruction manual but for a dish as technically detailed as ramen this is perfect.
続きを読む
2人のお客様がこれが役に立ったと考えています
違反を報告する
レビュー を日本語に翻訳する

Susaq
5つ星のうち3.0 Not for beginners
2020年4月10日に英国でレビュー済み
Amazonで購入
I researched the best ramen recipe book to buy and decided on this one but it’s a little high-end for our taste and we have struggled to find the ingredients used. Definitely for serious ramen makers!
続きを読む
1人のお客様がこれが役に立ったと考えています
違反を報告する
レビュー を日本語に翻訳する

Louise Baillie
5つ星のうち5.0 Good ramen cookbook
2019年1月1日に英国でレビュー済み
Amazonで購入
Lovely looking book. My boyfriend wanted a ramen cookbook so I bought this for him. I haven’t tried any of the recipes myself though.
続きを読む
1人のお客様がこれが役に立ったと考えています
違反を報告する
レビュー を日本語に翻訳する