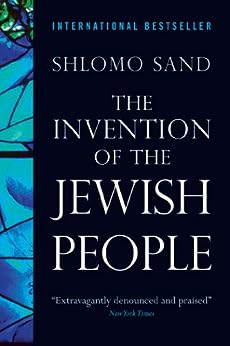 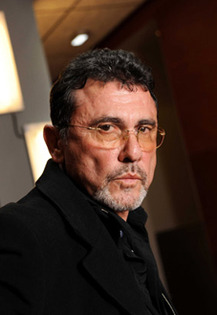 The Invention of the Jewish People (English Edition) Kindle版

“Israel’s Declaration of Independence states that the Jewish people arose in the Land of Israel and was exiled from its homeland. Every Israeli schoolchild is taught that this happened during the period of the Roman rile, in 70 CE. The nation remained loyal to its land, to which it began to return after two millennia of exile. Wrong, says the historian Shlomo Sand, in one of the most fascinating and challenging books published here in a long time. There was never a Jewish people, only a Jewish religion, and the exile also never happened—hence there was no return.”—Tom Segev, Haaretz

“The reader will have understood the message: what this well-documented and fearless book explodes is the myth of a unique Jewish people, miraculously preserved, in contrast to all the other peoples, from external contamination ... [Sand’s] conclusions, which are prudently formulated, nonetheless lead one towards a sole solution: the construction of a secular and democratic Israel.”—Jacques Julliard, Le Nouvel Observateur

“Shlomo Sand has written a remarkable book ... Anyone interested in understanding the contemporary Middle East should read it.”—Tony Judt, author of Postwar: A History of Europe Since 1945

“The Invention of the Jewish People is an indispensable challenge and a very complex intellectual exercise ... a more secure society [than Israel] would include the book in the core curriculum of its school system.”—Avraham Burg, former Chairman of the Jewish Agency for Israel, Yedioth Ahronoth --このテキストは、kindle_edition版に関連付けられています。

KAZRENOIR
5つ星のうち5.0 Is it possible from within?
2018年1月25日に日本でレビュー済み
Amazonで購入
If some people fully armed suddenly came to your house and said, "Get out! This is our land God has promised us!", it would be obvious to any reasonble eye that they are totally insane. Not only insane but also extremely dangerous if they actually implemented the idea. So when the crazy idea came out in 19th century, it naturally was out in the cold among Jewish societies. But the insane and extremely dangerous idea became real power some 70 years ago in Israel. Since then, good and evil in the world have been totally upside down. If we oversight this, the world will meet a consequent catastrophe. And we are most likely going toward it. When insanety has prevailed the country and the world, how is it possible to obstain a good commonsense and straighten things out from wihtin?
続きを読む
1人のお客様がこれが役に立ったと考えています
役に立った
違反を報告

匿名
5つ星のうち5.0 Jewish people The problem in this world.
2019年7月17日に日本でレビュー済み
Amazonで購入
the problem between israel and palestine is the most dangerous o ne in this world I think. whats the cause is what is jewish people. this book answer the question. This English translation is good, easy to read.
続きを読む
役に立った
違反を報告
レビュー を日本語に翻訳する
すべてのレビューを参照します

Mark Brown
5つ星のうち5.0 Bitter ironies
2018年8月25日に英国でレビュー済み
Amazonで購入
Imagine if Germany’s leading Universities embarked upon a project to find the “German Gene”. Imagine how obscene that would seem. The International Holocaust Remembrance Alliance’s “working definition” of anti-Semitism includes “comparing contemporary Israeli policies to those of the Nazis”. In 2018 one of Britain’s leading Political Parties rejected this definition in order to grant their members the right to criticise Israel. Jew-splaining is politically toxic, not just amongst Gentiles but in Israel itself. Schlomo Sand has bought us a controversial and brave book that may well have fallen foul of the same toxic environment if it was not for the fact that he is a Jewish Israeli academic who wrote this in Hebrew. This is dynamite. This is pertinent.

“The Invention of the Jewish People” is littered with references that may baffle a non-Jewish-reader yet it is worth sticking with, because it builds and builds and builds. Sand starts by establishing his own impeccable Jewish-ethnic credentials (very important!) before exploring the European origins of ethno-nationalism. After this slow start Sand builds his case refuting the concept that there is a Jewish Race. He argues that the Jewish belief in the wandering Tribes of Israel (expelled from their homeland) has no foundation in archaeology. This mythical “exile” was more a religious state of mind than a physical movement of peoples. Sand offers a simple explanation for the spread of Judaism – conversion.

Few of us Gentiles can properly understand the power of this national myth. Other than in Bible class we learn of no such thing in school. The idea that there is a Christian “race”, a Muslim “race” or a Buddhist “race” simply never arises. Judeo-history is unique since the 1940’s as being an area where such myths persist. And they persist for good reason – they retain modern political expediency. Sand explains how Zionism embraced the concept of ethno-nationalism in Europe in the 1880s at the exact same time that other European nationalities did the same. Yet even then, the concept of a “Jewish race” remain hotly contested amongst Jews and Gentiles alike. Many scholars scoffed at the idea and even rabbinical law forbade the Jews from returning to Israel until the return of the Messiah. Yet the idea of such a “race” was taken every bit as seriously as the idea of the Aryan race. Alarmingly so.

Sand is quick to disown his own conclusions. “This bizarre association with the National Socialists must not be misunderstood.” he writes before going on to suggest that the Zionists didn’t seek racial purity like the Nazis did. He devotes just one paragraph in the book to this yet in numerous other sections he marks the war of 1967 as a point at which the ethnic myth of a Jewish Race was re-invigorated to justify the occupation of a Greater Israeli territory. It would seem to the reader that if ethno-nationalism cannot be used to promote a ‘destiny’ of the German people in the lands of the Slavs then it cannot justify the presence of Israelis in the lands of Palestine. Yet here we are.

Sand expertly skirts around such taboo thoughts in his original book. Yet in the English language paperback edition there is an Afterword where he addresses his many critics. Sand is justifiably outraged at the use of science to pursue the hunt for a “Jewish gene” writing “It is a bitter irony to see descendants of Holocaust survivors set out to find a biological Jewish identity: Hitler would certainly have been very pleased!” Yes, he really wrote that. It is hard to fault his logic. This is frightening.

Without doubt this is one of the most interesting books you might ever pick up. Absolutely fascinating. Absolutely essential if we are to understand anything about the world today. History as a firework lighting up all before it.

Chris Morriss
5つ星のうち4.0 The Ashkenazi Khazar hypothesis is not dead.
2017年8月4日に英国でレビュー済み
Amazonで購入
A thorough and interesting update on 'The Khazar Hypothesis'. In this book Shlomo Sand goes into considerable detail about the origins of the Ashkenazi Jews, providing considerable support for the view that they are of Khazar origin, and are a Slavic, not a Semitic people.

Arthur Koestler's pioneering book, 'The Thirteenth Tribe' from 1976 was subjected to all the ire that the powerful Israeli propaganda machine could throw at it. Sand's book is much better researched, and written in a less provocative manner. Well worth reading, though the opening chapters do drag a bit.
続きを読む
24人のお客様がこれが役に立ったと考えています
違反を報告
レビュー を日本語に翻訳する

B. S. Bahi
5つ星のうち5.0 Fantastic book, incredibly detailed so if you want to ...
2018年5月21日に英国でレビュー済み
Amazonで購入
Fantastic book, incredibly detailed so if you want to refute anything you better know more than the author! Unfortunately confirms many people's worst fears: The Palestinians are the descendants of the original Judeans, and the modern Israelis are the descendants of Eastern European converts to Judaism. This makes the current situation in Israel even more heartbreaking. Shlomo not only increased my awareness of thei history, but made me feel evern more for both and all sides involved. Anyway, buy and read the book, make up your own minds. And then stand up for the truth. Thank you Mr Shlomo Sand.
続きを読む
20人のお客様がこれが役に立ったと考えています
違反を報告
レビュー を日本語に翻訳する

Tony LeMesma
5つ星のうち5.0 An alternative explanation of Israel!
2020年4月28日に英国でレビュー済み
Amazonで購入
The premis of this book is that the Jewish people were not exiled from lands in the Middle East 2000 years ago and, so, there is no proper claim or right to re-occupy those lands in contemporary times. Jews never exiled after the fall of Jerusalem and they never harboured a desire to ‘return’; this was a fiction invented by Zionism in the 20th century. The presence of Jews around the world is not due to descendants of those exiled (so there is no modern-day DNA link with 2000 years ago) but due simply to the conversion of local peoples as the religion spread. The Jewish religion always having been an evangelical movement spreading the word first around the Mediterranean and then further afield.
A controversial and entertaining idea and fascinating reading for anyone interested in modern history and the ME. An academic work, heavily footnoted, referenced and with a huge index. 5 Stars for the chutzpah.
続きを読む
5人のお客様がこれが役に立ったと考えています
違反を報告
レビュー を日本語に翻訳する