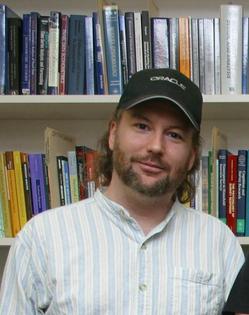 simon else
5つ星のうち3.0 Good book - but stuff missing
2013年10月9日に英国でレビュー済み
Amazonで購入
I like this and it's great on marginal effects, but it's limited to this. What I'd like to see are those ways of graphing OLS regression models which exist but are updates on stata.
続きを読む
違反を報告
レビュー を日本語に翻訳する

Michael Jankowski
5つ星のうち4.0 Perfect for beginners, ok for advanced scholars
2014年1月10日にドイツでレビュー済み
Amazonで購入
The title of the book sounds very promising. However, I was a bit disappointed about the book. Basically, it explains how to use the margins, marginsplot and some other command in stata in detail. This is very helpful, especially when you are new to stata or to econometrics in general. In this case, you learn a lot about regressions and how to interpret the output. To be very clear about this: This book is really perfect when you are just beginning to be interested in stata/regression models.

If you have already some basic knowledge about regression analysis (i.e.: you know at least OLS and logit-regression) many parts of the book are repetitive, because most of the commands are the same for every regression model. And the interpretation changes only marginally. I already knew a lot of the content just by reading some blogs and the stata help files. For example the IDRE UCLA Stata pages cover most of the content presented in this book. I hoped to get some additionally and more sophisticated knowledge by this book, which is not really true.

5 Stars if you are new to this field / 3 Stars if you have already worked a lot with regression analysis in stata before.

Thomas Speidel
5つ星のうち5.0 Great reference
2013年3月28日にカナダでレビュー済み
Amazonで購入
Interactions are never easy easy to interpret. Michael Mitchell does a great job at organizing them by type (dichotomous x dichotomous, continuous x dichotomous etc.). The whole book is essentially a collection of hands on examples illustrated with graphs, tables and concise interpretations. This is a great reference to have if you use Stata for modelling.
続きを読む
違反を報告
レビュー を日本語に翻訳する

Karthik B
5つ星のうち4.0 Good book for intermediate to advanced STATA users
2015年7月31日にインドでレビュー済み
Amazonで購入
The book is great. I own the other books by Michael Mitchell as well. However the packaging and the scratches on the book cover were not expected. The Seller should look into this
続きを読む
違反を報告
レビュー を日本語に翻訳する
すべてのレビューを参照します
Amazonプライム会員ならお急ぎ便、日時指定便が使い放題
さらに、映画もTV番組も見放題。200万曲が聴き放題 。クラウドに好きなだけ写真も保存可能。
> プライムを無料で試す