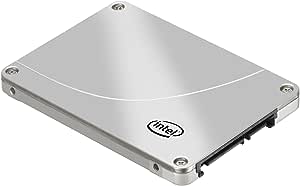 Cugel the Clever
5つ星のうち4.0 Good drive, but transfer software is not ideal
2012年11月15日にアメリカ合衆国でレビュー済み
Amazonで購入
The Intel 520 series represents an update of Intel's SSD line, which has traditionally offered very high reliability for a decent price, though especially early on was not at the top of the heap in terms of read and write speeds. I bought this in the 240GB version to upgrade my wife's ThinkPad X201, and the update has made her machine even snappier. Disk-bound tasks are done in a flash; file transfers that once took minutes now take a matter of some seconds.

The transfer was a bit of a sticking point. I was unable to use an existing external 2.5" drive case) to do the transfer with the included Acronis software, since that case apparently does not transmit full enough device info to the OS, which caused the software to exit. I wound up buying another transfer cable at extra expense.

The transfer software then finished successfully on the first try, but I didn't much like the way it apportioned the space. My wife's old 500 GB drive had a 1.17 GB system partition, and a recovery partition of about 10 GB at the end, with the space in the middle taken up by one last huge partition. I began by archiving wasteful data, getting her C: partition down to about 80 GB, then was able to shrink that partition (at somewhat of a hassle due to "unmovable files"; Google is your friend if you are having the same issue). I then had 1 1.17 GB partition, followed by an ~80 GB partition, followed by a bunch of unused space, followed by a ~10 GB hidden recovery partition.

Well, the way this all transferred over, the 1.17 GB partition grew to 2.8 GB, the recovery partition grew to about 23 GB, and the rest was given to the C: partition, with no unused space left over. It is a bit irksome that I will have to someday monkey about with partition management software if my wife is to see the full use of her purchased drive space, though for now I'm leaving things as-is.

Pros and cons of this model as I see them:

+ Intel is known for reliability of their SSDs, extremely much so, due to extensive engineering and testing in this area; Intel's reliability engineering for this drive is reported to include creating special firmware with the manufacturers of the Sandforce controller itself
+ A huge leap forward in speed, compared with the 510 series and previous laptop SSDs from Intel; this drive is screaming fast for both reads and writes, and competitive with the best laptop SSDs on the market today
+ Spacer/shim can be removed to use the drive in slimmer late-generation 7mm laptop drive bays, as well as left in place for older 9.5mm ones
+ Transfer software is included to make cloning an old drive easier (though it may entail a bit of extra expense, as it did for me)
+ Intel SSD Toolbox software eases maintenance of the drive, and is free
+ A 5-year warranty is included

- SandForce controller may mean less reliability than previous Intel drives; frequent backups are advised for important data (always advisable anyway)
- SandForce technology means this drive is not as power-miserly as many previous Intel drives (though it is also much faster, which must be weighed in any determination of efficiency); the drive has been tested independently by StorageReview as drawing much more power at peak than Intel claims in marketing info, and draws somewhat more (about .8 watts instead of .6) at idle, which is about middle of the pack for power consumption of late-model SandForce drives
- Transfer software simply grows all pre-existing partitions proportionally, which is guaranteed to be wasteful for such items as system and recovery partitions; to avoid this, one should take care to match partition sizes to about the capacity of the target drive prior to transfer, a step that I would have appreciated being advised to take
続きを読む
5人のお客様がこれが役に立ったと考えています
役に立った
フィードバックを送信中...
フィードバックをお寄せいただきありがとうございます。
申し訳ありませんが、お客様の投票の記録に失敗しました。もう一度試してください。
違反を報告
レビュー を日本語に翻訳する

Raghupathy Srinivasan
5つ星のうち5.0 One word - AWESOME!!!
2012年6月23日にアメリカ合衆国でレビュー済み
Amazonで購入
Bought this a couple months ago to replace a 128 GB Samsung Sata 2 SSD. Dropped it in - formatted and installed Windows 7 - and it's been running like a champ ever since. I'm a developer - so I have quite a few web servers/databases/ other services running on it pretty much 24/7 AND i keep installing uninstalling stuff on a regular basis. It has taken everything that I can throw it without breaking stride.

If you are on the market for an SSD - you cant go wrong with this.

P.S. My samsung SSDs are going strong too. So if you are looking for a sata 3 ssd - both the samsung 830 or the intel 520 are great choices with very little to separate them. You cant go wrong with either.

Update 12/2012 - Well - it has been nearly 9 months now. I've reformatted the disk and installed Windows 8. It's still performing marvelously. I've installed the intel SSD optimizer and run it on a regular basis. This one is going to be a keeper.
続きを読む
10人のお客様がこれが役に立ったと考えています
役に立った
フィードバックを送信中...
フィードバックをお寄せいただきありがとうございます。
申し訳ありませんが、お客様の投票の記録に失敗しました。もう一度試してください。
違反を報告
レビュー を日本語に翻訳する

David McCulloch
5つ星のうち5.0 Has worked well for over 1-year
2014年2月17日にアメリカ合衆国でレビュー済み
Amazonで購入
14-Months ago, I used this 240GB SSD to build a replacement for my primary PC. FYI, it has been running Windows 7 (64-bit) with 16GB of memory, an Asus P8Z77-V motherboard with an Intel i7 3770 CPU, a Seasonic SS-560KM power supply and a secondary hard drive (WD1002FAEX, 1TB, Black), all enclosed in an Antec P183 case and supporting an Asus VE278Q HD monitor and Edifier Exclaim e10 speakers.

6-Months ago, I upgraded my sister-in-law's old laptop. I replaced her 5400RPM hard drive with a new Intel 240GB SSD. FYI, I also took the opportunity to upgrade her memory from 2GB to 4GB and replaced her Vista 32-bit OS with Windows 7 64-bit. Although her motherboard barely met the minimum requirements for an SSD, her system was MUCH faster after the upgrade!

Tip-1: Although you might be able to copy or upgrade Windows, depending on your Windows version(s), a fresh install will make Windows run faster. When moving from a standard HDD to an SSD, take the opportunity to install a fresh version of Windows!

Tip-2: Don't defrag an SSD. There would be no benefit. And all you would do is wear it out (SSDs have a limited number of erase cycles).

Tip-3: Every so often (i.e., once every week or so), run the Intel SSD Optimizer, which is in the Intel SSD Toolbox. Alternatively, you can configure the toolbox it to run it periodically.

Note: During the last few months of 2013, Intel's 520 SSD was replaced by the Intel 530 SSD. The new model is based upon 20nm MLC NAND flash memory (instead of the 520's 25nm MLC NAND flash memory) and is less expensive.
続きを読む
1人のお客様がこれが役に立ったと考えています
役に立った
フィードバックを送信中...
フィードバックをお寄せいただきありがとうございます。
申し訳ありませんが、お客様の投票の記録に失敗しました。もう一度試してください。
違反を報告
レビュー を日本語に翻訳する

Maiken2051
5つ星のうち5.0 The best upgrade you can make
2013年6月3日にアメリカ合衆国でレビュー済み
Amazonで購入
Changing your computer's boot drive from a mechanical drive to an SSD is the single biggest "day-to-day" performance increase you can make, especially for laptops. As many reviewers have noted, the difference is startling and enough to make a real improvement in usability.

Given that you want an SSD -- and you do ;) -- Intel's drives are a great choice. I've bought 5 Intel SSDs in various sizes and never had a single problem. Performance has been uniformly terrific.

Intel is confident enough in these drives to cover them with a 5-year warranty, which is really hard to find these days.

Intel supplies a free utility you can use to transfer your existing data to the new drive, and there are other alternatives available on the internet if you need more features.

There is one fairly esoteric fine point. To get the most out of any SSD, Intel or not, you need to use an operating system that supports the TRIM command for SSDs. All modern commercial and open-source operating systems do, but some older OSes do not (Windows XP, for example). The TRIM command tells the drive what parts of the disk are not in use. This enables the SSD to use its flash memory efficiently and spread out wear. With no TRIM command you'll eventually experience long hangups where the drive appears to be locked up -- this is the drive moving data around because it doesn't know what space is free.